Trump released a statement from the Save America PAC which said he fully endorses Scott’s campaign and highlighted issues he believes Scott has been strong on throughout his time in the Senate.

“It is my great honor to give Senator Tim Scott of South Carolina my Complete and Total Endorsement. He is both an outstanding Senator and person who works tirelessly for the people of his great state, and the USA. Strong on the Military, Law Enforcement, loves our Vets, protects our Second Amendment and our Borders,” Trump said in the statement.

“Tim will continue to do an OUTSTANDING job for our country!” Trump added. 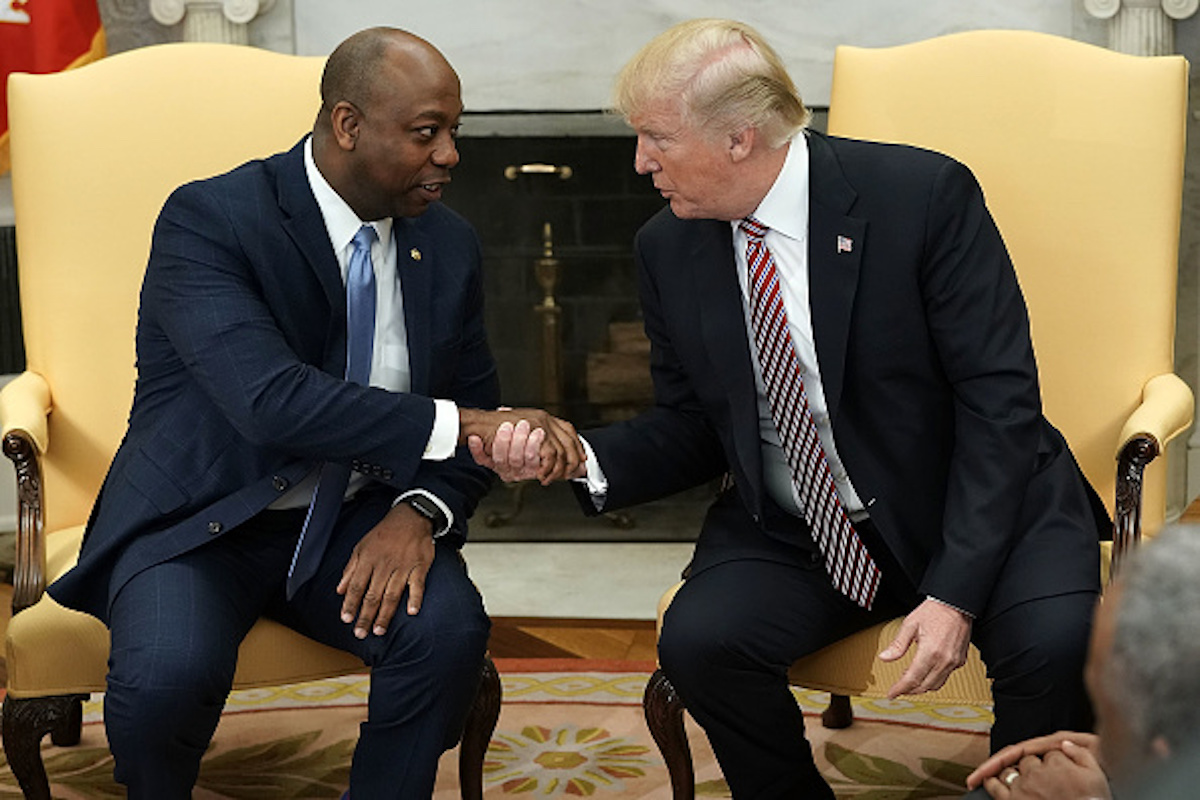 President Donald Trump shakes hands with Sen. Tim Scott (R-SC) during a working session regarding the Opportunity Zones provided by tax reform in the Oval Office of the White House February 14, 2018 in Washington, DC. (Photo by Alex Wong/Getty Images)

The endorsement comes despite Scott’s decision to not object during Congress’ counting of the Electoral College vote on Jan. 6 and to certify then-President-elect Joe Biden’s win against Trump. (RELATED: Sen. Tim Scott Says He Will Vote To Certify Biden’s Win, Will Not Oppose Electoral Vote Count On January 6)

Scott said in 2019 that his 2022 reelection campaign will be his last Senate race.