In comparison, 66% of respondents said the Proud Boys are a domestic terrorist organization, the recent Harvard/Harris poll found.

Antifa is a far-left group that was responsible for organizing and participating in many of the violent riots that occurred during the summer of 2020. The riots caused millions of dollars in damages and destroyed businesses nationwide. Former President Donald Trump has repeatedly condemned the group on Twitter and referred to them as a terrorist organization. (RELATED: REPORT: Twitter Suspends Multiple Antifa-Related Accounts) 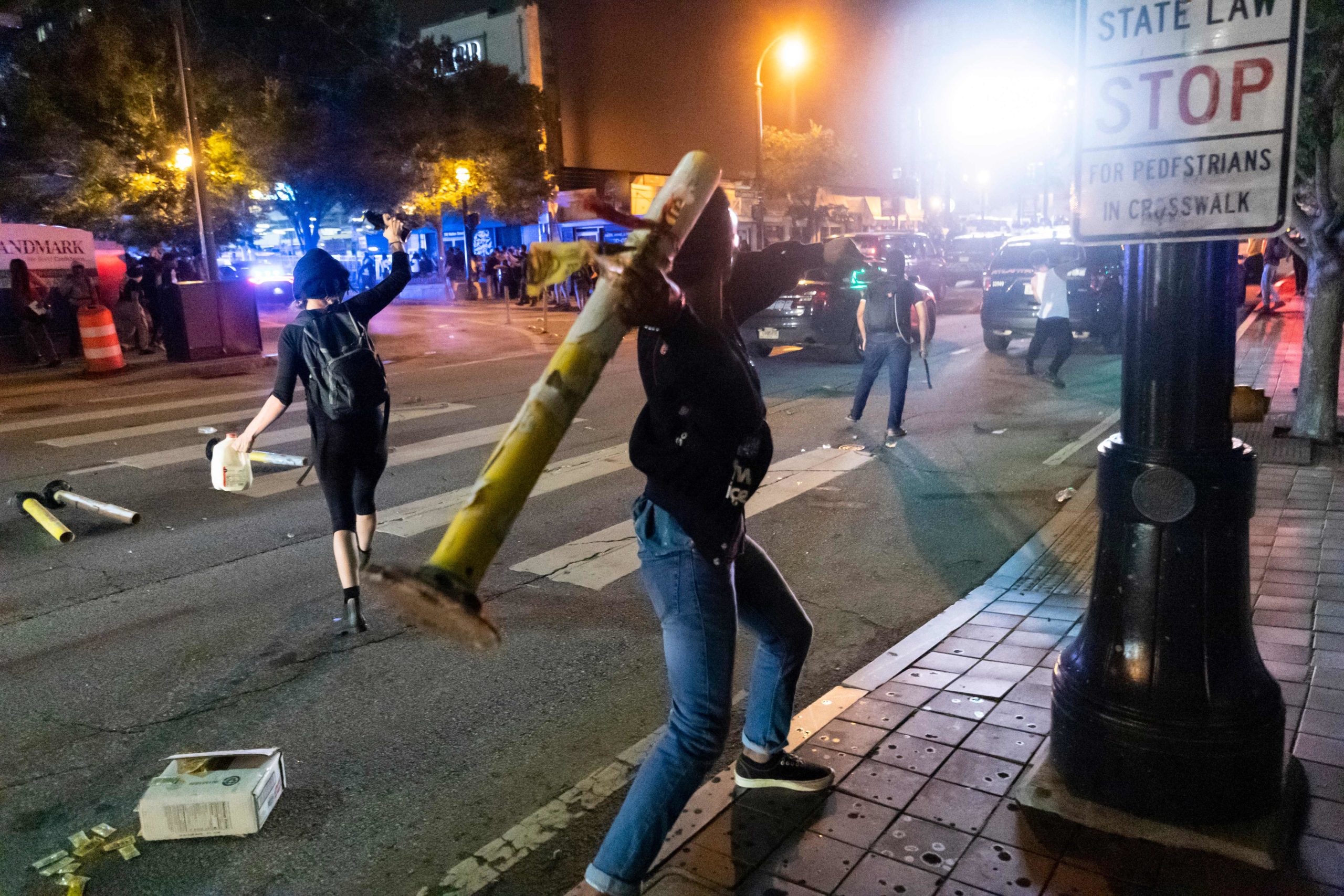 Protesters face off with police during rioting and protests in Atlanta on May 29, 2020. – The death of George Floyd on May 25 while under police custody has sparked violent demonstrations across the US. (Photo by John Amis/AFP via Getty Images)

Fifty-four percent of respondents said the people who entered the Capitol building during the Jan. 6 Capitol riot were “attempting an armed insurrection,” while 46% said people were “engaged in a protest that then turned violent.”

Sixty-eight percent of Americans agreed there is an “urgent increase in domestic terrorism that needs to be addressed with new laws and resources,” while 32% said they “think this threat is being exaggerated for political purposes.”

Tens of thousands of National Guard troops were deployed to Washington, D.C., after the Capitol riot. Troops and extra security fencing are still at the Capitol building as of March 2.