House Democrats are pushing a new bill, H.R.1, also known as the “For The People Act,” which would make changes to federal election laws that would remedy concerns raised throughout the 2020 election cycle.

One provision in the bill would force states to allow any eligible voter to cast a mail-in ballot, nor will the state be allowed to ask for any identification in doing so.

“A state may not require an individual to provide any form of identification as a condition of obtaining an absentee ballot,” the legislation reads.

Nor would voters have to get a witness signature, a notary stamp, or any other safeguards that are in place to ensure the verifiability of identifications. (RELATED: ‘Let Me Finish!’: Matt Schlapp And Chris Hahn Have Heated Battle Over Voter ID Laws)

The provisions would negate laws in 36 states that require or request voters show some form of identification at the polls, according to the National Conference of State Legislatures (NCSL). The remaining 14 states have other methods to ensure that voter identities are accurate, such as making sure signatures are checked against those on file, according to the NCSL.

This very issue affected the 2020 primaries, for example. At least 1,200 ballots were rejected in Alaska’s primary due to lack of witness signatures, according to Anchorage Daily News. The state Supreme Court later ruled absentee mail-in ballots don’t need witness signatures.

Nearly 35,000 ballots were rejected in Maryland’s June primary, with a majority rejected due to late arrival and failure to identify voter’s identity, according to WUSA 9. 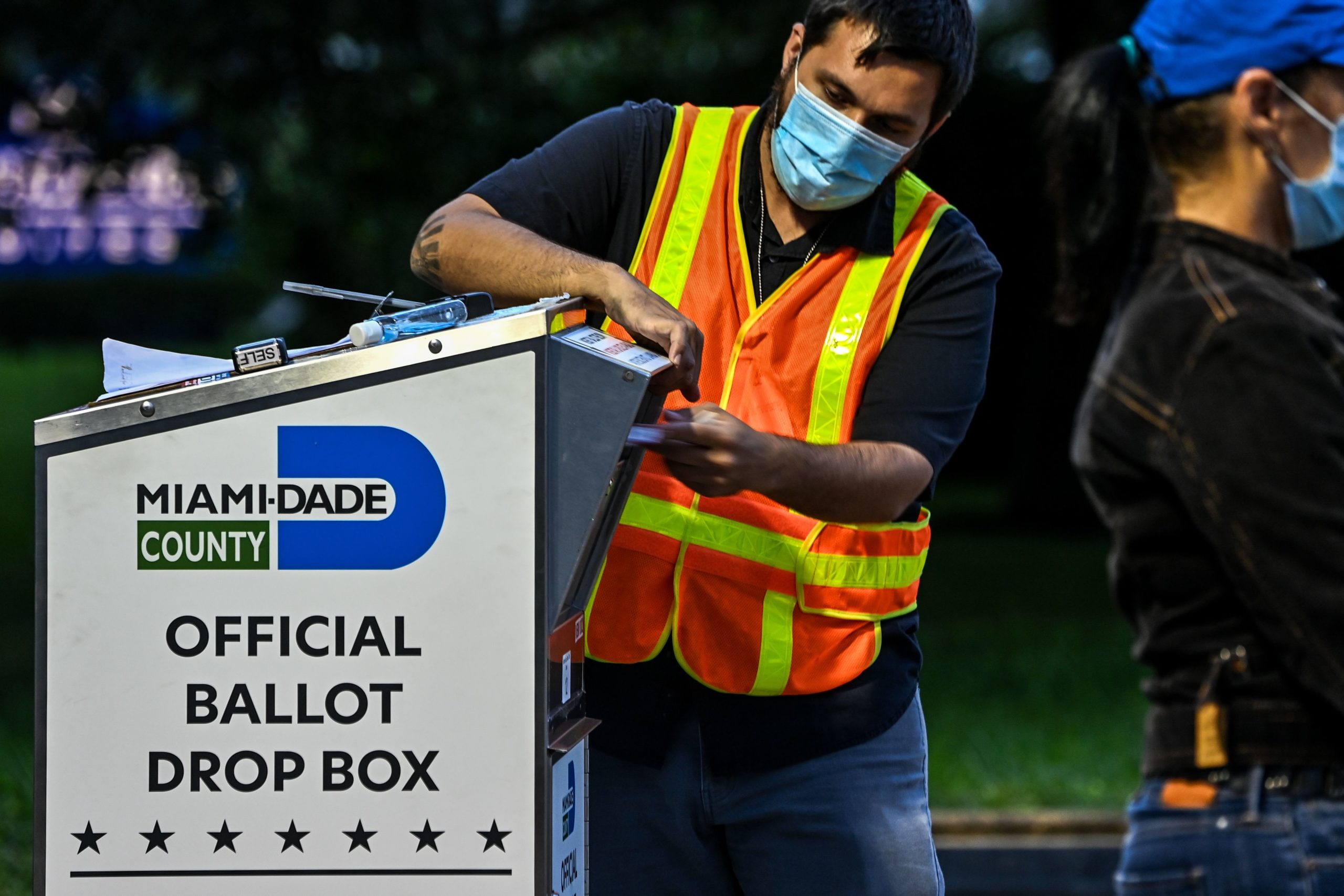 A poll worker helps a voter put as she drops off her mail-in ballot at an official Miami-Dade County drive-thru ballot drop box at the Miami-Dade County Election Department in Miami, Florida on November 3, 2020. -(CHANDAN KHANNA/AFP via Getty Images)

The bill would also create a “uniform deadline for acceptance of mailed ballots” that rules states cannot “refuse to accept or process” a mail-in ballot that arrives late if it was postmarked, signed “or otherwise indicated by the United States Postal Service to have been mailed on or before the date of the election.”

This was one of the most apparent issues during the 2020 election, specifically in Pennsylvania. The Supreme Court deadlocked in October, declining to block a state Supreme Court decision that allowed election officials to receive and count late ballots through Nov. 6 even if they lacked a postmark.

The Supreme Court later declined to hear a later challenge from the Pennsylvania GOP and former President Donald Trump’s campaign that contested former Sec. of State Kathy Boockvar’s guidance that allowed for mail-in ballots to be counted late.

Conservative Justice Clarence Thomas dissented, saying it was the perfect time to rule on the issue of whether or not state legislatures have sole authority to make decisions about election protocols within their respective states.

“That decision to rewrite the rules seems to have affected too few ballots to change the outcome of any federal election,” he wrote. “But that may not be the case in the future. These cases provide us with an ideal opportunity to address just what authority non legislative officials have to set election rules, and to do so well before the next election cycle. The refusal to do so is inexplicable.”

In Oklahoma’s June primary, about 3.6% of ballots cast were rejected, with most getting tossed for late arrival, according to The Oklahoman.

During the April primary in Wisconsin, 23,000 votes were tossed because they arrived too late or were filled out incorrectly, according to ABC News.

Former Libertarian Rhode Island Gov. Lincoln Chafee said that requiring voter I.D. was a “reasonable request to ensure the accuracy and integrity of our elections,” when he signed a law requiring voting I.D. at the polls, according to Reuters.

The Supreme Court has briefly touched on the issue, ruling in Crawford v. Marion County (2008) that the state statute requiring voters to show a photo I.D. was constitutional, with exceptions having been made for absentee voters and voters at licensed nursing homes.