Six journalists including an Associated Press reporter were detained and charged with allegedly violating a public order law while reporting on unrest in Myanmar, the AP reported Tuesday.

The journalists were charged under a law that punishes anyone who causes public fear or knowingly disseminates false news and are facing up to three years in prison, lawyer Tin Zar Oo said, the AP reported. Oo represents AP journalist Thein Zaw who was covering demonstrations against the military coup in Myanmar.

“Myanmar authorities must release all journalists being held behind bars and stop threatening and harassing reporters for merely doing their jobs of covering anti-coup street protests,” Committee to Protect Journalists Southeast Asia Representative Shawn Crispin said, the AP reported. “Myanmar must not return to the past dark ages where military rulers jailed journalists to stifle and censor news reporting.” 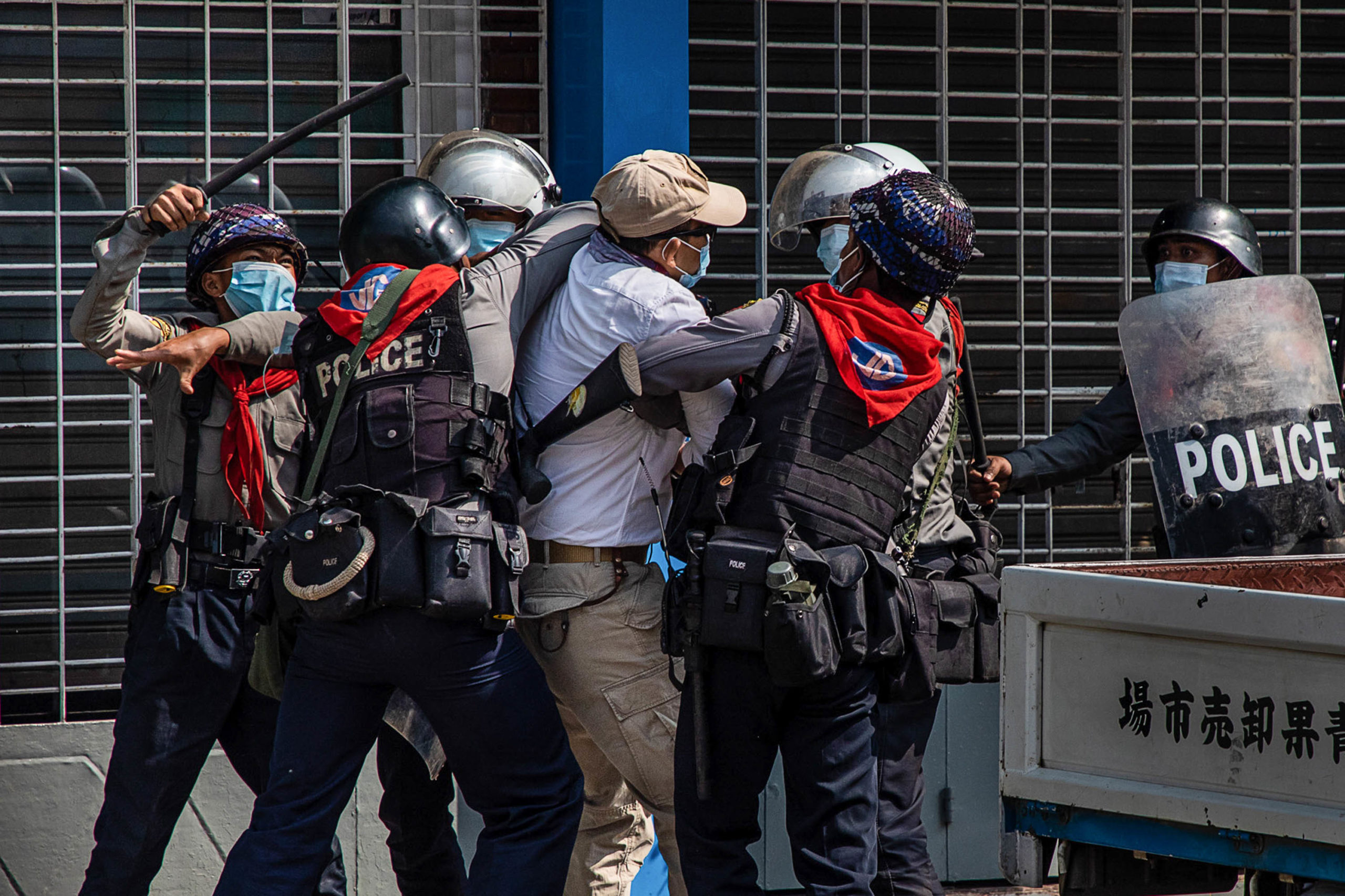 Thein Zaw, 23, was detained in Yangon on Saturday morning and is reportedly being held at the Insein Prison where previous military regimes have held political prisoners, according to the AP. A court ruled that Zaw remain in custody where he could remain until March 12 despite AP calling for his release.

“Independent journalists must be allowed to freely and safely report the news without fear of retribution,” AP Vice President for International News Ian Phillips said, the AP reported.

The junta amended the law used to charge the journalists to broaden its scope and increase the maximum allowed prison time last month, the AP reported. Security forces conducted mass arrests and increased their use of lethal force, killing at least 18 protesters over the weekend. (RELATED: Protesters Attempt To Defend Themselves From Rubber Bullets And Teargas In Myanmar)

The military coup began on Feb. 1 and will reportedly last for one year until new elections are held, according to the AP.