Republican Texas Rep. Ronny Jackson made “denigrating” sexual remarks to a female colleague, drank alcohol while on a presidential trip and took the prescription sleeping medication Ambien while working as White House physician, a Department of Defense report claimed.

The IG report, which was released Tuesday night by CNN before it was to be released Wednesday, detailed a number of the complaints while Jackson served as the top White House physician under former Presidents Barack Obama and Donald Trump. The report is  37 pages and comes from the Department of Defense inspector general.

“Many of these witnesses described RDML Jackson’s behavior with words and phrases such as ‘meltdowns,’ ‘yells’ for no reason,’ ‘rages,’ ‘tantrums,’ ‘lashes out,’ and ‘aggressive,’” the report stated. “These witnesses also described Jackson’s leadership style with terms such as ‘tyrant,’ ‘dictator,’ ‘control freak.’”

There were allegations that “Jackson expected rum or other alcohol to be stocked in his lodging room while on official travel, or that staff members feared retribution if they did not comply with the expectation,” the report also said, but the report concluded there was no evidence to support them. 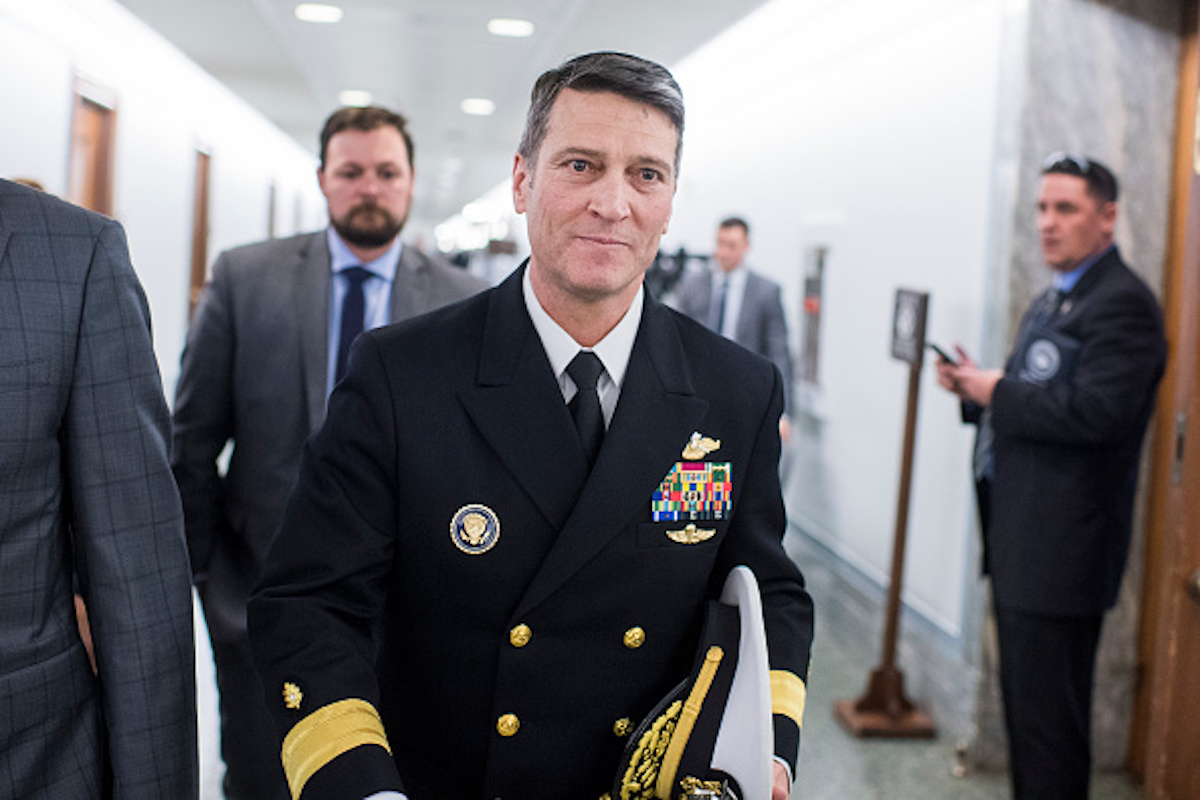 Throughout the investigation, 78 witnesses were interviewed, CNN reported. The reported sexual comments were made during Jackson’s time in the Obama administration. During a presidential trip to Manila from April 22 to April 29, 2014, four witnesses who traveled with Obama said Jackson was intoxicated and made inappropriate comments to a female medical colleague, the outlet reported.

“Witness 1, a medical subordinate, told us that during the Asia trip, before arriving in Manila, RDML Jackson told him a female medical subordinate (Manila Witness 2), who was also on the trip, had ‘great t**s,’ and ‘what a nice a**,’ and that RDML Jackson also told Manila Witness 1 that he would ‘like to see more of her tattoos,'” according to the report. (RELATED: Former White House Physician Ronny Jackson Says Biden ‘Might Need’ Cognitive Testing)

Jackson responded to the Daily Caller about the DOD report, saying: “Three years ago I was the subject of a political hit job because I stood with President Trump. Today, a Department of Defense Inspector General report has resurrected those same false allegations from my years with the Obama Administration because I have refused to turn my back on President Trump. Democrats are using this report to repeat and rehash untrue attacks on my integrity, so I want to be clear. I’m proud of the work environment I fostered under three different Presidents of both parties; I take my professional responsibility with respect to prescription drug practices seriously; and I flat out reject any allegation that I consumed alcohol while on duty.”

“I also categorically deny the false report that I made an inappropriate comment to a male co-worker about a female co-worker. I have NEVER done anything of the such, that is NOT who I am, and that did NOT happen. My entire professional life has been defined by duty and service. I’ve honorably served my country in the U.S. Navy, served patients who trusted me with their care, served three Presidents in the White House, and now I serve the people of Texas’ 13th District in Congress. I have not and will not ever conduct myself in a way that undermines the sincerity with which I take my oath to my country or my constituents,” he added.