A group that advocates for the release of Palestinian prisoners with active affiliates in the U.S. was declared a terror organization by Israel Sunday, according to the National Bureau for Counter Terror Financing.

Israel designated the Samidoun Palestinian Prisoner Solidarity organization as a terror network for reportedly being an arm of the Liberation of Palestine (PFLP), according to the Israeli National Bureau for Counter Terror Financing. The PFLP was designated as a Foreign Terror Organization by the U.S. Department of State in 1997.

Samidoun works to help release Palestinian prisoners and participates in anti-Israel propaganda and recruits activists, according to the National Bureau for Counter Terror Financing. The organization was founded after hunger strikes in Palestinian jails in September and October of 2011, according to their website.

“The Canadian and U.S. governments are deeply complicit and directly implicated in the ongoing occupation of Palestine and the crimes of the Israeli state. Rather than standing for human rights, they enable, fund, and support occupation, apartheid, mass imprisonment, land confiscation, dispossession and settlement-building,” according to Samidoun. 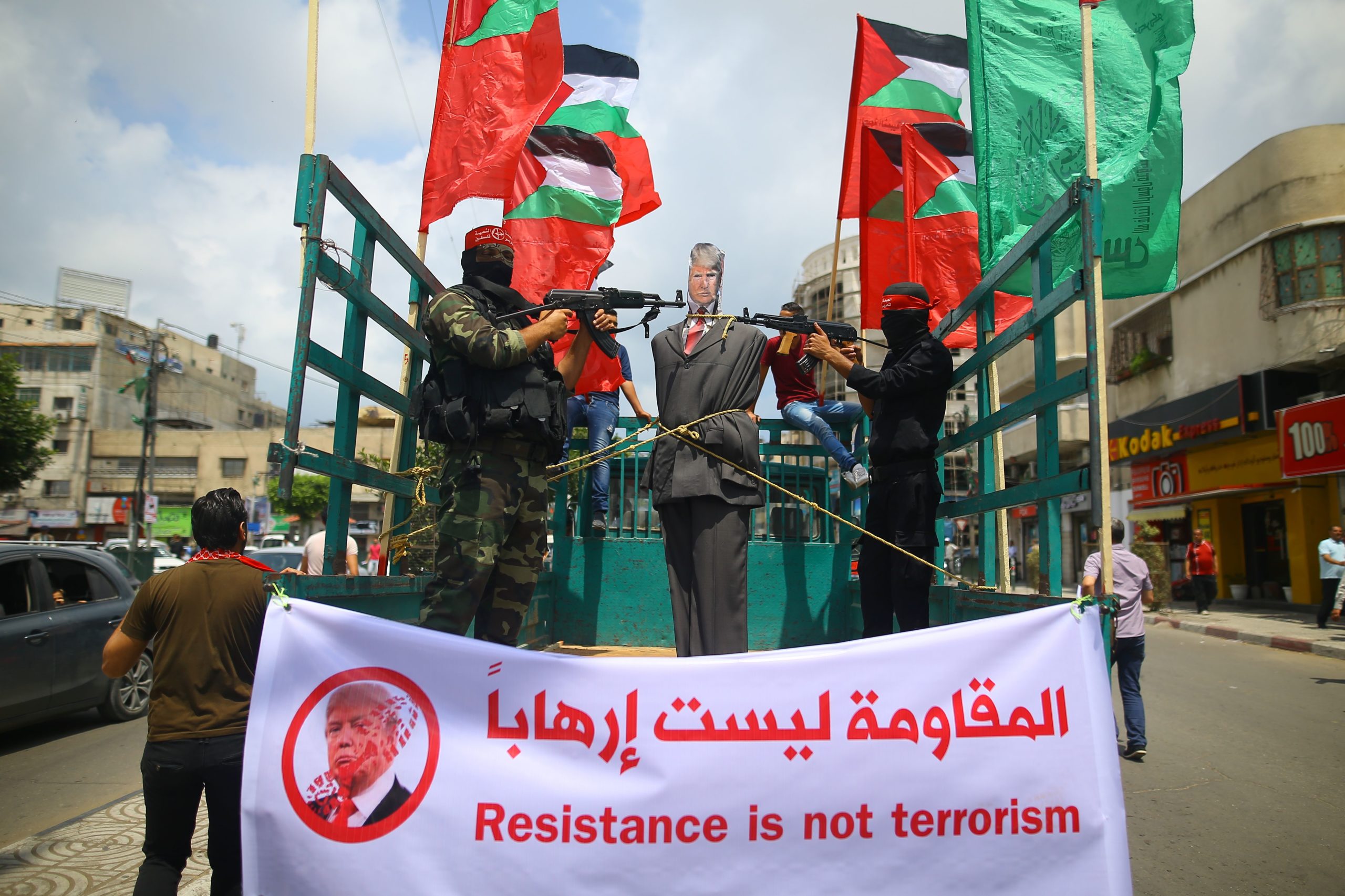 Palestinian militants from the Popular Front for the Liberation of Palestine (PFLP) aim their weapons at an effigy depicting US President Donald Trump as they ride a truck during a protest in Gaza City, on May 23, 2017. (MOHAMMED ABED/AFP via Getty Images)

Samidoun helped organize “Day of Rage” protests where demonstrators carried flags associated with terror groups and chanted “death to America” in at least 16 major cities in the U.S. in 2020, the Daily Caller News Foundation previously reported.

Protesters were seen carrying PFLP and Hezbollah flags, according to photographs posted by Samidoun. Hezbollah is not designated as a terror group by the U.S., but the group operated in Lebanon as an anti-Israel militant group with support from Iran, according to the U.S.-based Council on Foreign Relations.

Other protestors denied that Hamas was a terror organization despite an official designation by the U.S. State Department in 1997, video shows. (RELATED: Inside The Ties Between Anti-Israel BDS Groups And Palestinian Terror Orgs)

Samidoun Palestinian Prisoner Solidarity Network, along with @WOLPalestine and other members and supporters of the @Ny4Palestine Coalition, have gathered for a massive rally and march in Bay Ridge, Brooklyn as part of the #DaysOfResistance for Palestine. pic.twitter.com/f9QmNIOuZw

Joe Catron, the U.S. coordinator for Samidoun, said he was “honored, if unworthy, to turn the age of Nimer al-Jamal,” a man who killed three Israeli security officers and injured another in a 2017 shooting, USA Today reported. Catron linked to a PFLP story praising al-Jamal for the attack.

Catron posted in remembrance of a PFLP “comrade” on the anniversary of their assassination with a graphic including the PFLP. He also posted a photograph with PFLP terrorist Leila Khaled who helped hijack a plane on its way to Israel in 1969, The Times of Israel reported.

A Samidoun coordinator based in Canada, Khaled Barakat, has been accused of being a leader within the PFLP and did not deny his alleged affiliation in an interview with Samidoun. Barakat was also referred to as a member of the PFLP in an article published in the Journal of Palestinian Refugee Studies in 2016, in an interview with Sputnik News and in an article by the Global Research News in 2015.