The investigation into Hunter Biden’s foreign transactions and taxes is “active and ongoing,” two sources, who claim they have familiar status with the probe, told Fox News.

Those involved with the investigation into Hunter Biden’s tax affairs at the U.S. attorney’s office in Delaware are “treating it seriously,” the sources told Fox News. They also stated that the U.S. attorney’s office in Delaware has not heard back from the White House nor Judge Merrick Garland, the president’s nominee for attorney general, on the matter.

Garland stated last week during his confirmation hearing that he has not discussed the investigation with President Joe Biden, claiming that the president made it clear in his public statements that decisions about prosecutions would be dealt with by the Department of Justice, according to Fox News. He added that he heard the investigation was “proceeding discreetly.” (RELATED: Merrick Garland Dodges Questions About Durham Probe, Says He Can’t Discuss Hunter Biden)

Jen Psaki, the White House press secretary, previously stated this past December, that the president would not discuss the investigation with anyone he was thinking about appointing as attorney general.

Hunter Biden confirmed that he is under investigation for his tax affairs in December, but he maintains that he did not do anything wrong. Fox News reported that in December, Hunter Biden, in a statement, assured that he was taking “this matter very seriously.”

He also stated, according to Fox News, that he is “confident that a professional and objective review of these matters will demonstrate that [he] handled [his] affairs legally and appropriately, including with the benefit of professional tax advisors.” 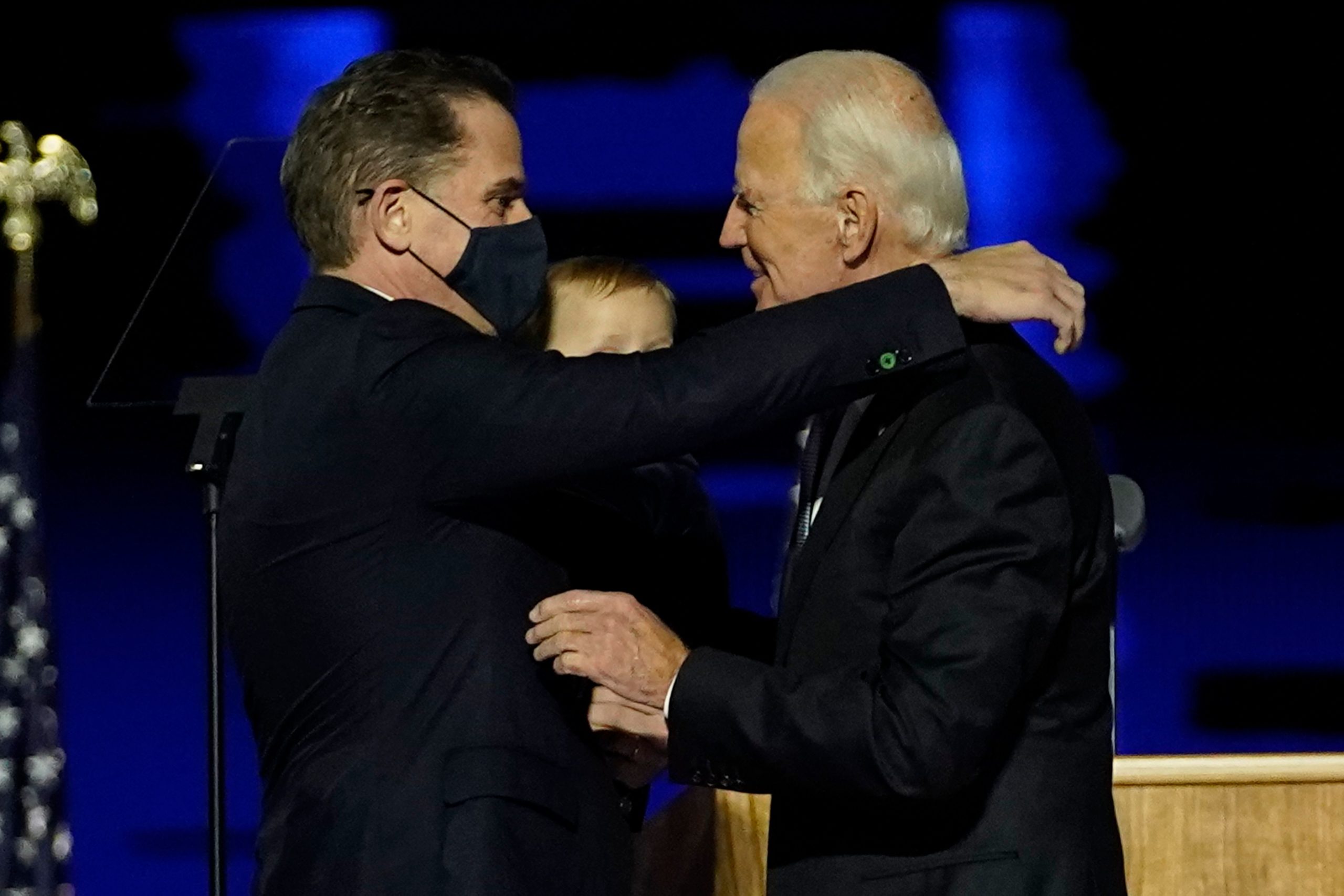 WILMINGTON, DELAWARE – NOVEMBER 07: President-elect Joe Biden embraces his son Hunter Biden after addressing the nation from the Chase Center November 07, 2020 in Wilmington, Delaware. After four days of counting the high volume of mail-in ballots in key battleground states due to the coronavirus pandemic, the race was called for Biden after a contentious election battle against incumbent Republican President Donald Trump. (Photo by Andrew Harnik-Pool/Getty Images)

Fox News also reported that at the time, a “well-placed government source” revealed to the outlet that Hunter Biden is the “subject/target” of a grand jury investigation.

The source also revealed to Fox News that the investigation came due to Suspicious Activity Reports (SARs) that examined suspicious foreign transactions. A separate source explained the SARs dealt with “funds from China and other foreign nations.”