The Archdiocese of Washington addressed $2 million given to retired Cardinal Donald Wuerl for “ministry activities” in a Thursday statement, saying that the funds have “have accumulated over time” and were donated expressly for Wuerl.

The 80-year-old cardinal resigned from his position in October 2018 after evidence of complicity in sexual abuse cover-ups in Pennsylvania. But the cardinal has continued to receive large sums of money from the Archdiocese of Washington, The Pillar reported Wednesday.

The archdiocese designated $2,012,639 for the “continuing ministry activities for [the] Archbishop Emeritus” during the 2020 fiscal year, according to the archdiocese’s financial records — a 35% increase from the $1,488,059 sum that was allocated to Wuerl in the 2019 fiscal year report. (RELATED: Here’s Why Media Calls Biden A ‘Devout Catholic’ According To Theologians, Commentators)

2020 was the first year that Wuerl was entirely retired from his work with the diocese, the Pillar reported, since he served as apostolic administrator until Archbishop Wilton Gregory was installed in May 2019.

The Daily Caller News Foundation repeatedly asked the Archdiocese of Washington on Wednesday and Thursday to address why Wuerl was allocated this increased sum, and what the retired cardinal has used the money for.

“The funds in our Continuing Ministry Activities account are donations made by persons who want to cover Cardinal Wuerl’s expenses and ministerial needs, including living expenses, prior travel for business in Rome, as well as for charitable requests asked of the archbishop emeritus,” the archdiocese said in a Thursday statement after this story was posted.

The archdiocese said that the donations “have accumulated over time and were made by persons who did not want to have the Archdiocese burdened with these expenses,” noting that any of the remaining proceeds  “will be used to support the general purposes of the Archdiocese.”

The funds were funds were allocated from “net assets without donor restrictions,” as the Pillar noted. The publication reported that this meant the money was not specifically given to the archdiocese for Wuerl.

Pressed on this point, the archdiocese’s manager of media relations Emma Restuccia told the DCNF that “some specific donors said that they wanted their donation to go to the support of Cardinal Wuerl’s ministry as archbishop emeritus.” 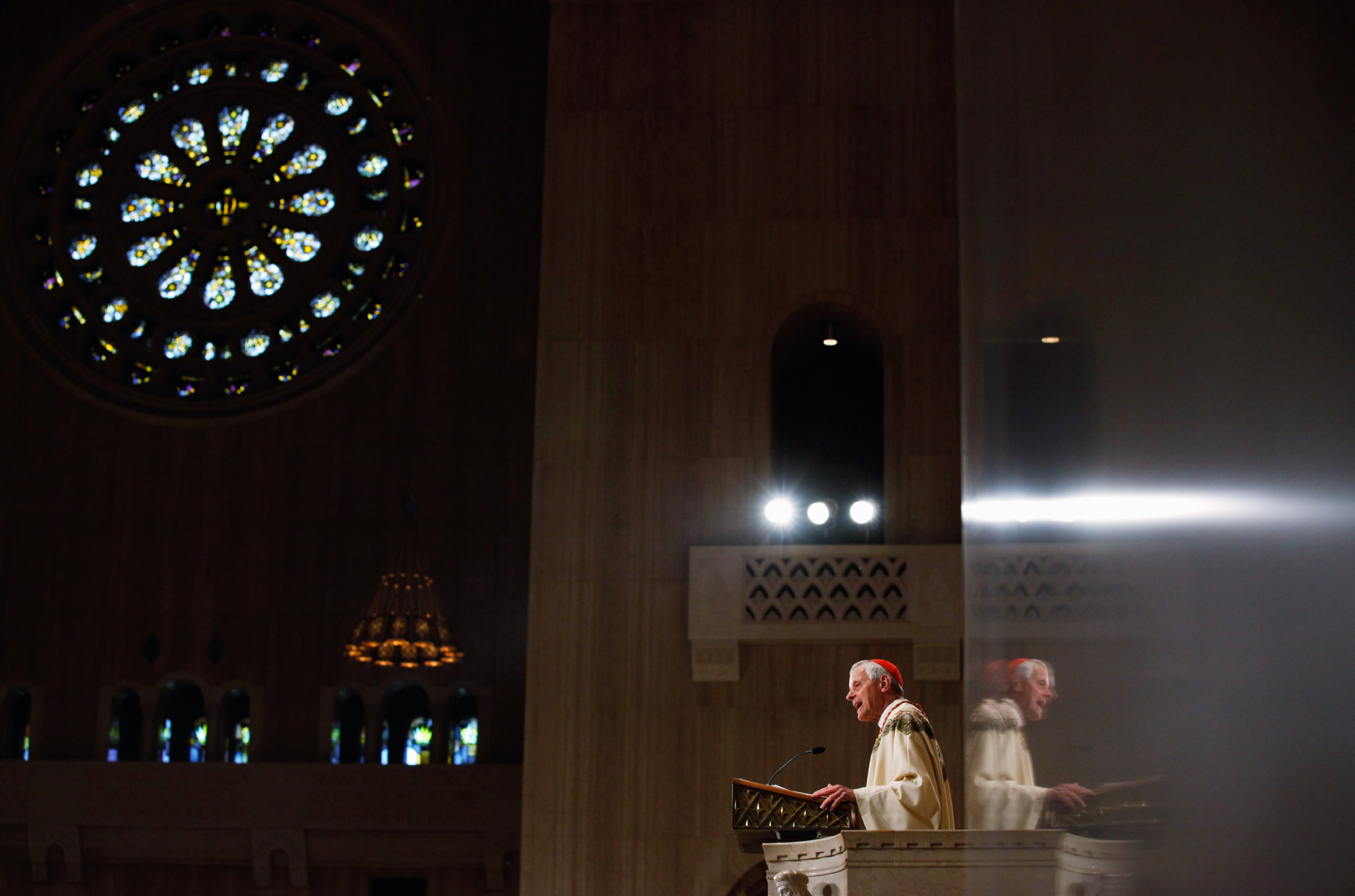 WASHINGTON, DC – JANUARY 12: Archbishop of Washington Cardinal Donald Wuerl delivers the homily during a Mass of Remembrance on the first anniversary of the Haitian earthquake at the Basilica of the National Shrine of the Immaculate Conception January 12, 2011 in Washington, DC.  (Photo by Chip Somodevilla/Getty Images)

Though Wuerl was allocated over $2 million, the financial statement shows there was a 30% drop in funds that the archdiocese allocated for “Archdiocesan charitable giving” in the 2020 fiscal year as well as a drop in the amount allocated to “formation of priests.”

The United States Conference of Catholic Bishops has suggested that bishops in retirement be given a stipend of $1,650 per month.  The guidance also notes that the diocese should provide the Bishop Emeritus with housing and board, health and welfare benefits, an office with secretarial assistance, a suitable funeral and burial, travel expenses, and the use of a car.

The USCCB did not immediately respond to the DCNF’s requests for comment.  Wuerl could not be reached for comment.

Sources reportedly told the Pillar that the cardinal has recently offered at least one retreat to a group of bishops.

The archdiocese’s allocation of funds to Wuerl bears similarities to the financial arrangements made for disgraced former archbishop Theodore McCarrick by the Archdiocese of Washington, according to the Pillar. McCarrick set up “The Archbishop’s Fund” when he became Archbishop of Washington in 2001 and retained control over this fund after he retired, the publication reported.

McCarrick reportedly used money from the fund to give senior Vatican officials gifts and to contribute to a sexual abuse settlement, the Pillar reported. After allegations against McCarrick were made public in 2018, he had to give the archdiocese control over the fund.

Washington’s new Archbishop Wilton Gregory has not made a number of documents and financial records related to McCarrick available to the public, despite his promise to “always tell you the truth,” according to the Pillar.

This post has been updated to include the Archdiocese of Washington’s statement, issued after this story was posted.