A 38-year-old man from the Chicago suburbs was sentenced Wednesday to 12 years in federal jail for trying to help ISIS by supplying cell phones to use as detonators, officials announced in a Department of Justice press release.

A federal jury convicted Joseph D. Jones on one count of plotting to provide material supplies to ISIS in 2019, according to the Justice Department. Jones promoted violent extremism in 2015 on social media that promoted ISIS, court documents said, according to the press release. (RELATED: First American Convicted By Jury For Joining ISIS To Receive New Sentence Hearing: Report)

Jones started meeting with supposed ISIS contacts in 2015, who he didn’t realize were undercover FBI employees and informants helping law enforcement, according to the press release. Jones expressed his loyalty to ISIS and their ideas in the meetings. 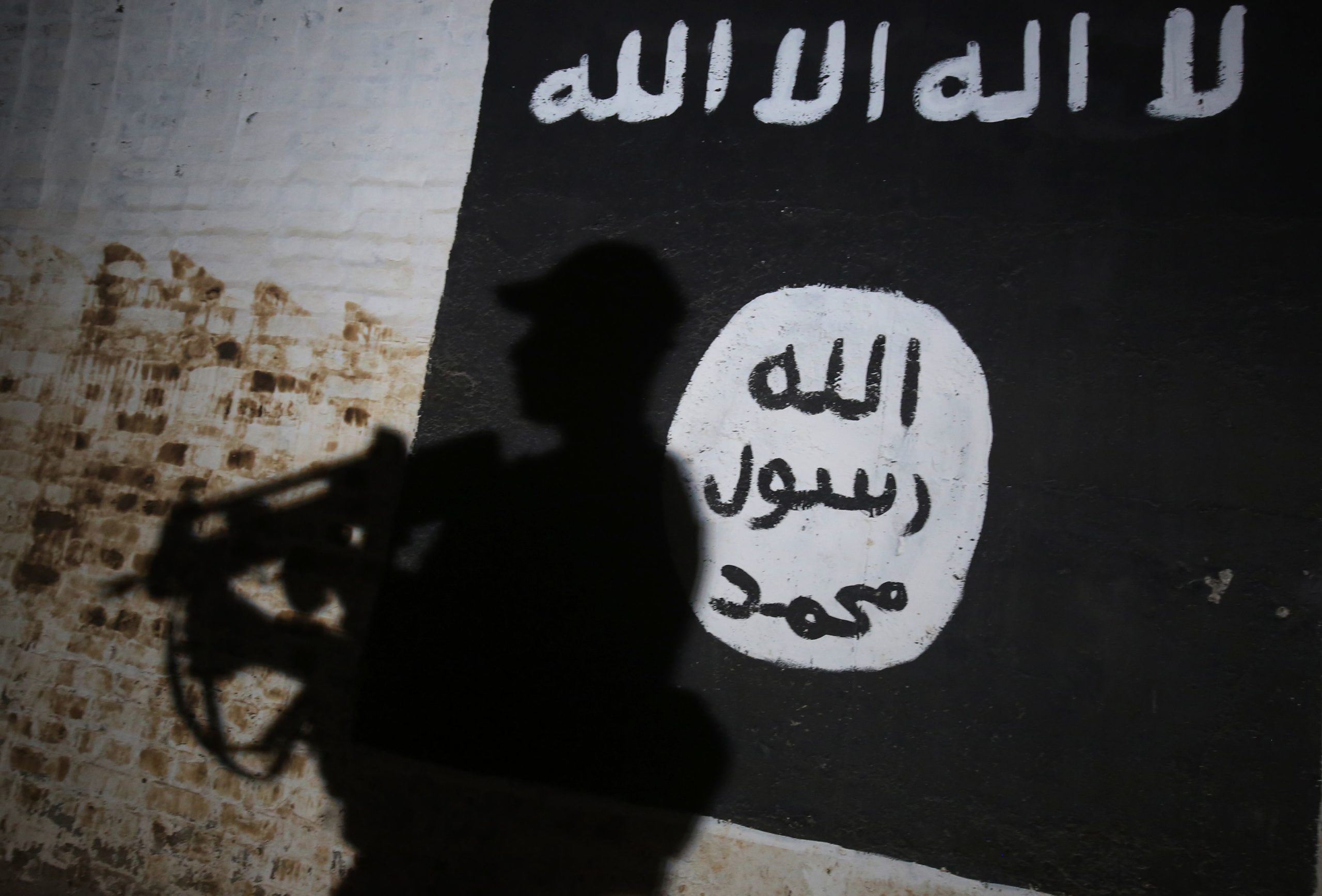 A member of the Iraqi forces walks past a mural bearing the logo of the Islamic State (IS) group in a tunnel that was reportedly used as a training centre by the jihadists, on March 1, 2017, in the village of Albu Sayf, on the southern outskirts of Mosul. (AHMAD AL-RUBAYE/AFP via Getty Images)

The Illinois man supplied cell phones to a cooperating individual in 2017, thinking ISIS would use them as explosive detonators overseas, according to the press release. Jones traveled with the person to O’Hare International Airport in Chicago on April 7, 2017, thinking the person was going to fight alongside ISIS in Syria.

Edward Schimenti, a 39-year-old co-defendant from Illinois, was convicted on charges of conspiracy and giving false statements to the FBI, according to the press release. U.S. District Judge Andrea R. Wood scheduled Schimenti’s sentencing for April 9.

The Justice Department declined to comment beyond the information available in the press release to the Daily Caller News Foundation.

Several other Americans have been convicted of providing support to ISIS, including a woman sentenced in December to over six years in prison for smuggling tens of thousands of dollars worth of cash and gold to the terrorist organization.