Trump released a statement from the Save America PAC in which the former president said he fully endorses Kennedy’s campaign and highlighted issues he believes Kennedy has been strong on throughout his time in the Senate.

“John Kennedy of the Great State of Louisiana is a spectacular Senator and person. He is a tireless advocate for the people of his State, and stands strongly with the forgotten men and women of our Country. Strong on Energy Independence, the Military, our great Vets and the Border,” Trump said in the statement.

“John has my Complete and Total Endorsement!,” Trump added. 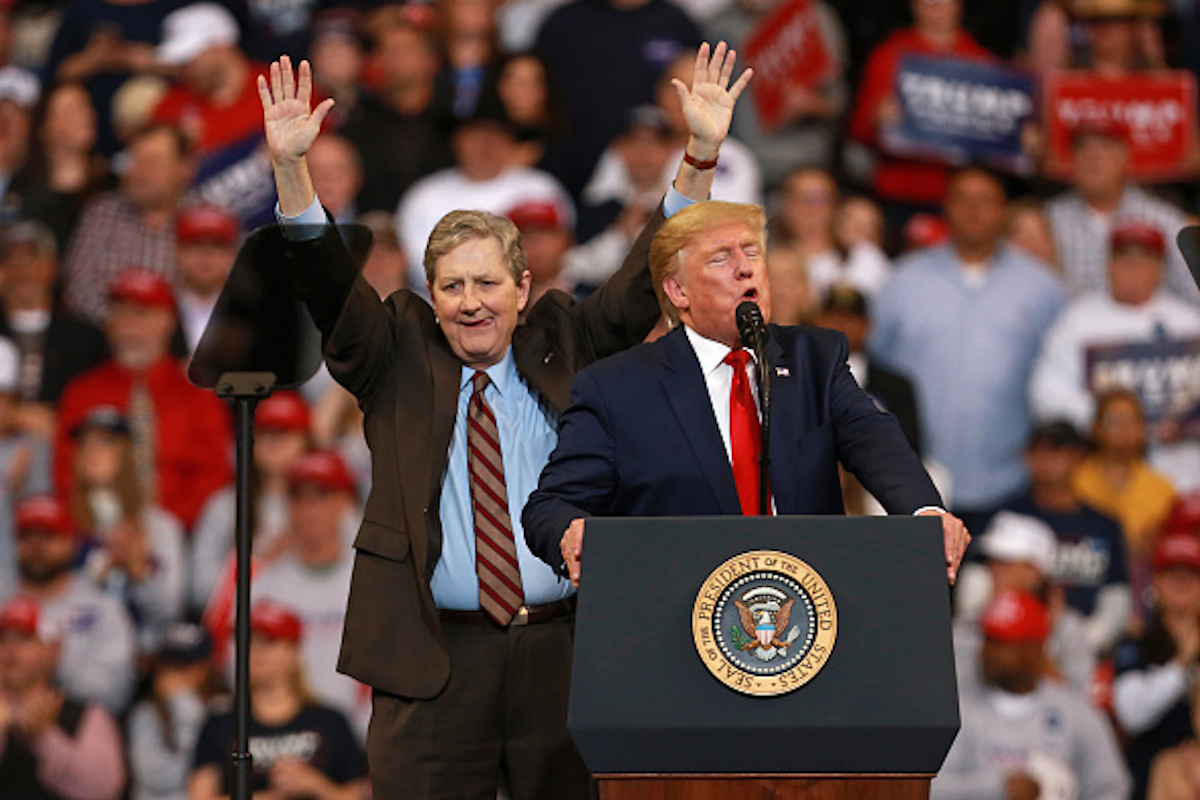 Trump has begun to endorse candidates since leaving the White House. On Tuesday, Trump endorsed Republican South Carolina Sen. Tim Scott despite his decision to not object during Congress’ counting of the Electoral College vote on Jan. 6 and to certify then-President-elect Joe Biden’s win against Trump. (RELATED: Trump Endorses Tim Scott For His 2022 Senate Bid)

The Daily Caller asked Kennedy about the endorsement to which he responded by saying: “I’m thankful for President Trump’s endorsement of my re-election next year to the U.S. Senate. God bless our country!”