Energy Secretary Jennifer Granholm said the Biden administration will revive an Energy Department loan program that led to an Obama administration scandal in 2011 over the misuse of taxpayer-funded loans for the solar energy company Solyndra.

Granholm said the “once mighty” renewable energy loan program is “back in business” during remarks at the CERAWeek energy conference Wednesday. She also announced entrepreneur Jigar Shah will oversee the Energy Department’s Loan Programs Office, according to Reuters.

.@SecGranholm says DOE’s “once mighty” clean energy loan programs office is “back in business” as of today

“Our loan authority, $40 billion worth, has helped some of America’s bravest entrepreneurs get their best ideas off the ground and flourish into what they are today,” Granholm told conference attendees. “Those kinds of projects have supported thousands and thousands of jobs, and taxpayers have made that money back and then some.”

The Energy Department’s loan program was created in 2009 with stimulus funding secured by the Obama administration, and issued more than $35 billion in loans and loan guarantees under former President Barack Obama, according to Reuters.

But the program went largely unused under former President Donald Trump, the Associated Press reported. One of the few instances of its use under Trump included a $12 billion loan guarantee for a nuclear power station in Georgia last year.

Republicans during the Obama administration blasted the loan program when Solyndra, a California solar energy company, went bankrupt in 2011 after receiving a roughly $535 million loan guarantee from the Energy Department just two years prior.

Leaked internal emails also showed both the White House and then-Vice President Joe Biden’s office had pressured the Energy Department to speed up Solyndra’s loan approval despite outstanding concerns, according to the Washington Examiner. 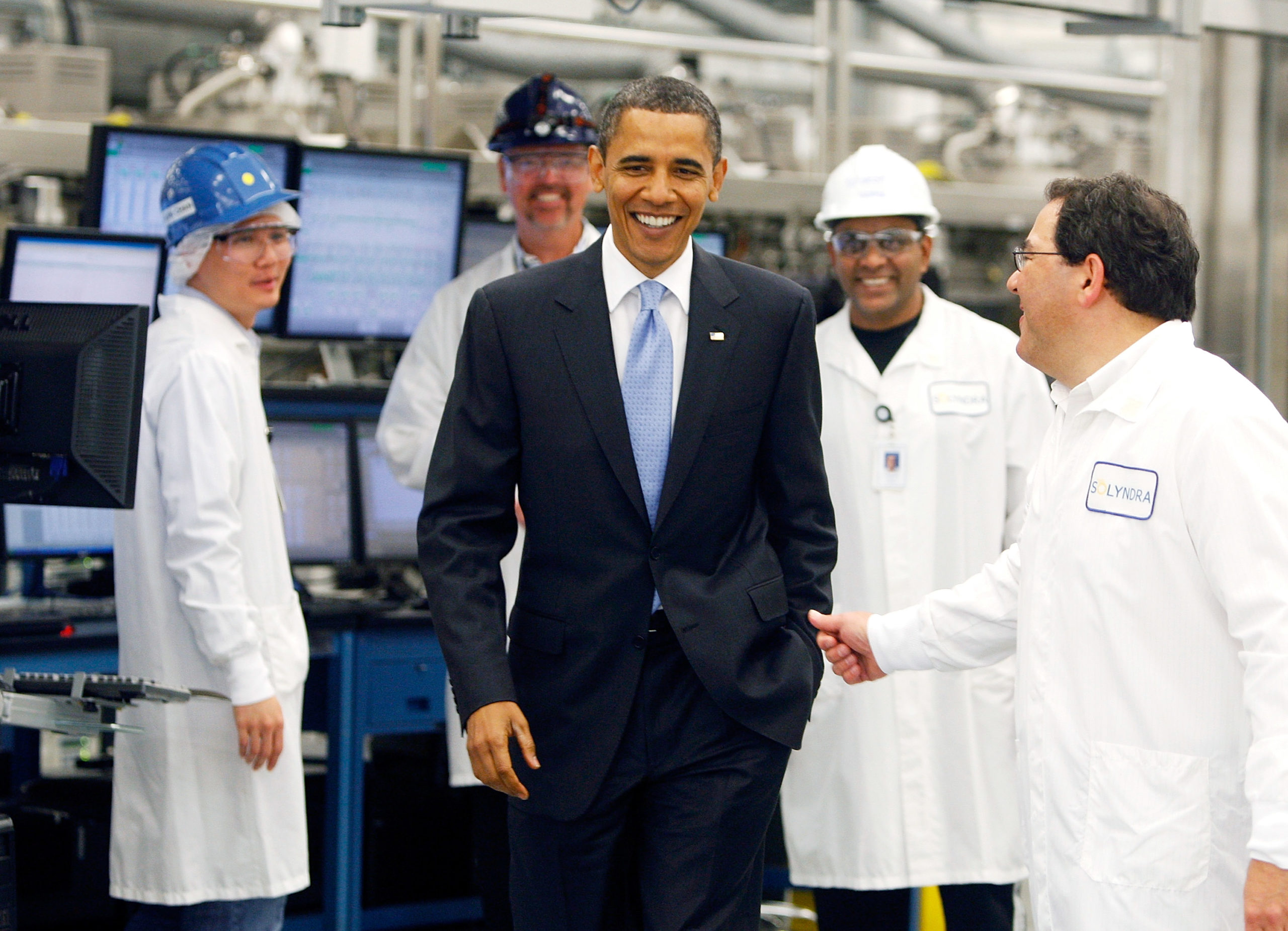 President Barack Obama smiles during a tour of the Solyndra solar panel company on May 26, 2010 (Paul Chinn-Pool/Getty Images)

The Solyndra scandal was considered an acute embarrassment for the Obama administration, The New York Times reported. It also led to a wave of congressional hearings as Republicans questioned both company executives and administration officials like then-Energy Secretary Steven Chu.

“I mean, obviously that was two administrations ago,” she said. “We’ve learned a lot since then. People understand that when you invest in technology that is new, you’re going to have some that don’t succeed.”

Granholm admitted the loan approval process needed to be “streamlined” but pointed to Tesla as one of the loan program’s success stories. The company received a $465 million loan from the Energy Department in 2010 and fully repaid the loan ahead of schedule.

“We know it had amazing success, for example with Tesla in the past, and we know it can have amazing success in the future with some changes,” she said of the loan program.