The House of Representatives late Wednesday passed HR 1, an expansive government ethics and voting rights bill that would implement a series of anti-corruption reforms and require states to adopt various voting reforms, such as no-excuse absentee voting and automatic voter registration.

The bill, titled the “For the People Act of 2021,” passed with the support of all but one Democratic member and over total Republican opposition. Included in it are provisions outlawing partisan gerrymandering, requiring same-day voter registration nationwide and mandating that states provide ballot drop boxes ahead of future elections.

HR 1 was the first piece of legislation that Democrats passed after retaking the House in 2018, but it stalled in the Republican-controlled Senate. The bill is a stark contrast to recent efforts by many Republican state legislatures, which following the 2020 election have introduced bills aimed at tightening their respective states’ election laws.

“We need to do what we can to establish baseline standards and best practices that allow people to register to vote in America without it being an obstacle course for them,” said Maryland Democratic Rep. John Sarbanes, the bill’s lead sponsor. “All of these things are designed to restore people’s faith in democracy at a time when we can see with our own eyes that things are pretty shaky.” (RELATED: House Set To Pass Sweeping Voting Rights Bill For The Second Time) 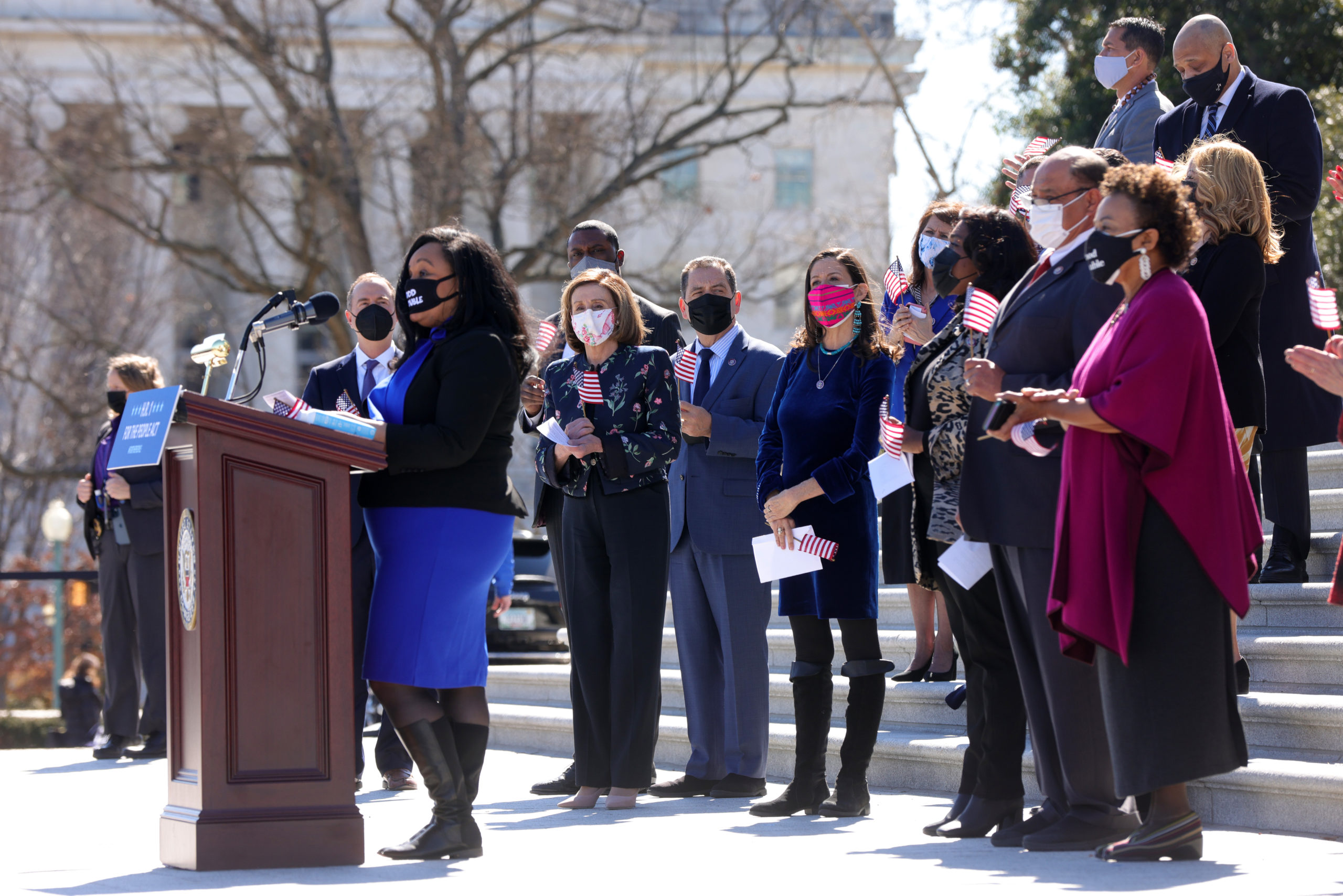 Speaker of the House Rep. Nancy Pelosi and other House Democrats listen during a news conference on the For the People Act at the east front of the U.S. Capitol March 3, 2021 in Washington, DC. The House passed the bill Wednesday by a 220-210 vote. (Alex Wong/Getty Images)

President Joe Biden announced his support for the bill Thursday morning, applauding Democrats for passing legislation that “is urgently needed to protect [the right to vote], to safeguard the integrity of our elections, and to repair and strengthen our democracy.”

“I look forward to working with Congress to refine and advance this important bill,” he added. “And I look forward to signing it into law … so that together we can strengthen and restore American democracy for the next election and all those to come.”

In addition to HR 1’s multiple election reforms, the bill would also ban congressional lawmakers from sitting on corporate boards and prohibit them from using taxpayer funds to settle employment discrimination cases brought about by their own actions.

The bill also calls for a constitutional amendment to overturn Citizens United, the 2010 Supreme Court case that opened the door to unlimited political spending from corporations and other organizations.

House Minority Leader Kevin McCarthy said Wednesday Democrats engineered the bill to “put a thumb on the scale of every election in America,” and former Vice President Mike Pence said in an op-ed that it would “trample the First Amendment” and “further erode confidence in our elections.” (RELATED: HR 1 Would Legalize Ballot Harvesting Nationwide)

Unlike in 2019, the Senate is all but certain to take up HR 1, meaning that Republicans will be forced to go on record either supporting or opposing it. It is unclear, however, whether the bill will pass, since it would need at least 10 Republican votes.