The report notes that Chao repeatedly used her government position to help the Foremost Group shipping company with various issues, including media appearances. The report did not formally determine whether or not any federal rules or laws were broken, and two different bureaus within the Department of Justice declined to file charges against Chao. 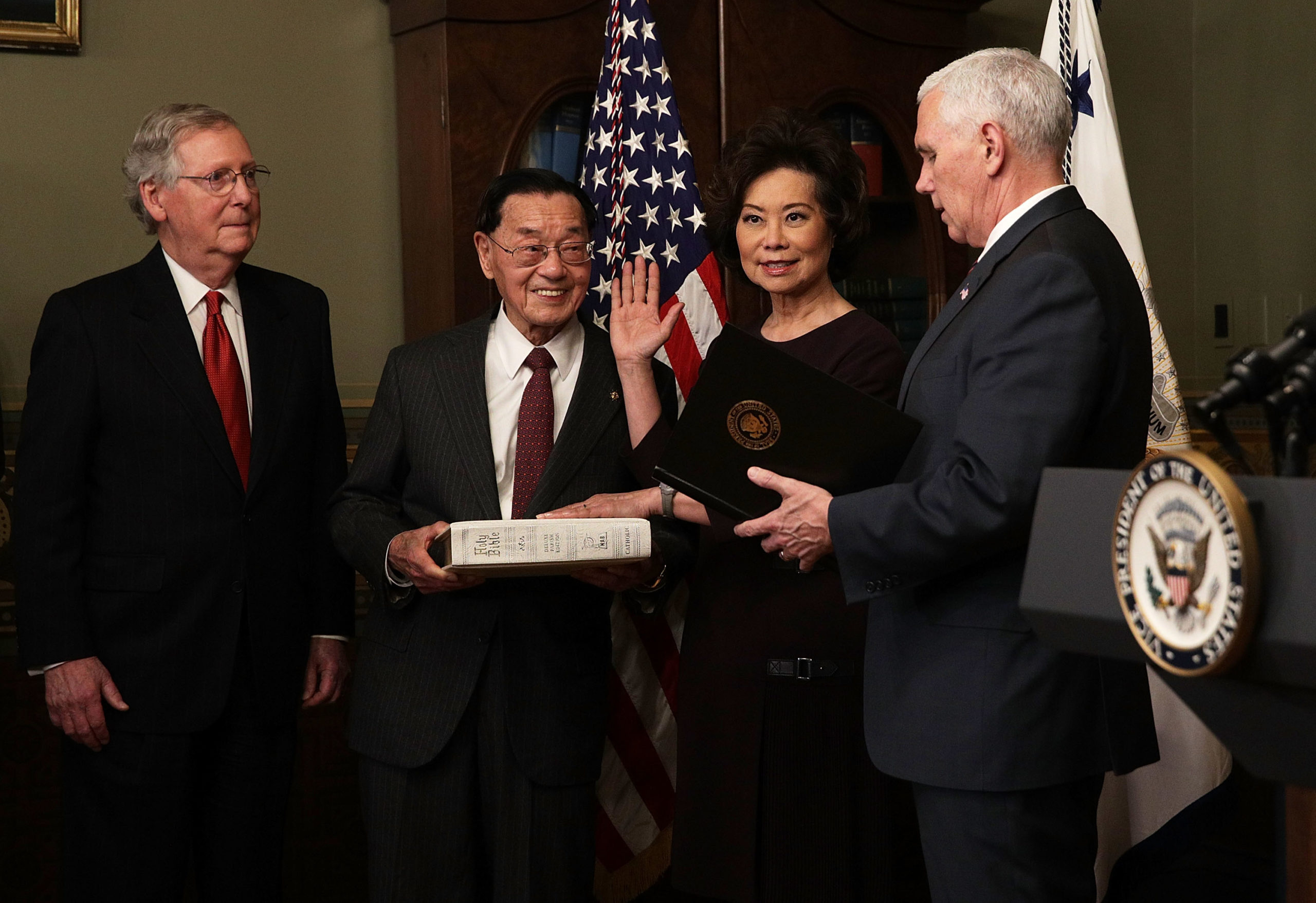 According to the report, Chao intended to bring her father, James Chao, sister Angela Chao and Angela’s husband on a 2017 official visit to China, which was later canceled.

The Inspector General’s report refers to this group as the “Chao delegation.” Chao had federal employees provide “coordinated logistical support for the Dr. Chao delegation,” including help with official biographies and passport information, the Inspector General alleged. Chao was previously investigated by the House Oversight Committee over the trip in 2019. (RELATED: Trump’s DOT Slaps Back At Reports Suggesting Elaine Chao Used Her Office To Help Her Family)

In another instance, Chao instructed federal employees to help with the promotion of her father’s authorized biography, “Fearless Against The Wind.”

Chao “directed two OST staffers to send a copy of “Fearless Against The Wind” to a well-known CEO of a major U.S. corporation (which is not regulated by DOT) along with a letter requesting that he write a foreword,” according to the report. Chao also asked another employee to help edit a sample forward for the book.

She defended these instances and other events in which she appeared with her father, who founded the Foremost Group, and her sister, who currently serves as its CEO, to the Inspector General.

“It is a core value in Asian communities to express honor and filial respect toward one’s parents, and this ingrained value of love, respect, and filial piety always takes precedence over self-promotion and self-aggrandizement,” the former General Counsel to the Office of the Secretary wrote in a memo submitted to investigators. “Asian audiences welcome and respond positively to actions by the secretary that include her father in activities when appropriate.”

Chao, who is married to Republican Kentucky Sen. Mitch McConnell, served as Transportation Secretary before resigning in the wake of the Jan. 6 Capitol riot. She also served as Secretary of Labor under President George W. Bush.