President Joe Biden called off a second airstrike in Syria last month after a woman and multiple children were seen at the target site, The Wall Street Journal reported.

An aide delivered the urgent message to President Joe Biden just 30 minutes prior to the scheduled airstrike on Feb. 26, anonymous senior administration officials told The Wall Street Journal. The president decided to cancel the airstrike, but proceed with the other Syria airstrike, which the Department of Defense (DOD) reported that night.

“We had a pretty coordinated diplomatic and military plan here,” an official told the WSJ. “We made sure the Iranians knew what our intent was.” (RELATED: Iran Reportedly Turns Down Nuclear Negotiations With US, Escalating Tensions)

The U.S. airstrike targeted a Northern Syria encampment used by Iran-backed militias. The strike was a “defensive precision strike” in retaliation for a Feb. 15 attack on U.S. forces in Iraq that resulted in one death and five injuries, according to the DOD. 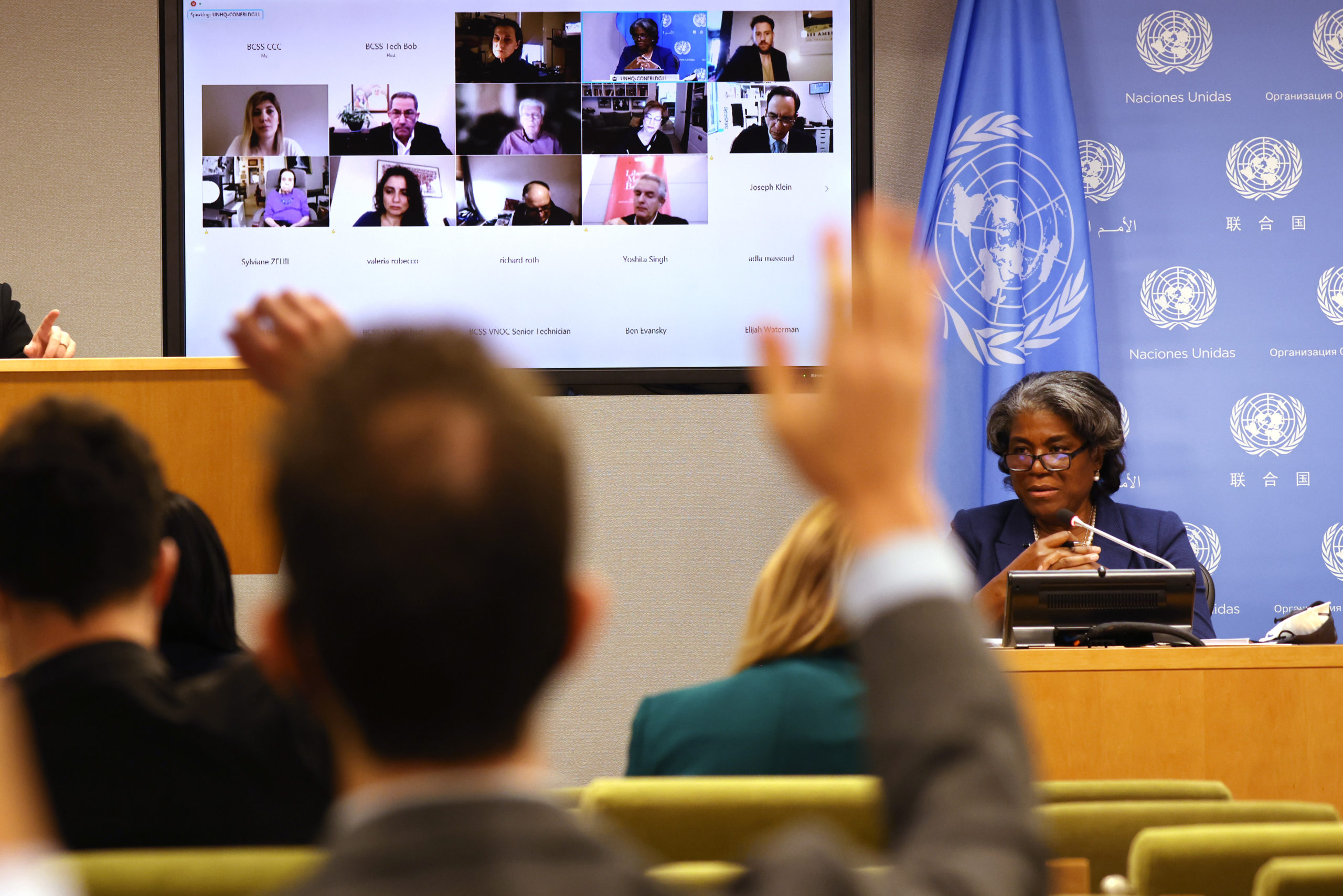 Linda Thomas-Greenfield, the new Ambassador to the United Nations, speaks to the media on Monday in New York City. (Spencer Platt/Getty Images)

“These strikes were authorized in response to recent attacks against American and Coalition personnel in Iraq, and to ongoing threats to those personnel,” DOD said in a statement.

Iran, meanwhile, turned down an offer Sunday from the European Union and U.S. to attend face-to-face talks regarding their nuclear capacity, potentially increasing tensions even further.

The U.S. previously promised to remove some sanctions if Iran agreed to return to the 2015 nuclear agreement. Former President Donald Trump withdrew from the agreement in 2018.

Iran recently produced uranium metal in violation of the nuclear agreement, according to a Feb. 10 United Nations report. Secretary of State Antony Blinken warned on Feb. 2 that Iran could have the materials to create a nuclear bomb in weeks.