The series is titled “Age of Rush” and drops on March 10. It plans to “examine the groundbreaking life and legacy” of Limbaugh, who died Feb. 17 after a battle with lung cancer.

“The program will document Limbaugh’s childhood beginnings in the hometown of Cape Girardeau, Missouri, to his eventual place as the most powerful radio talk show host of all time,” Fox News noted in its press release. (RELATED: ‘There’ll Never Be Another Rush Limbaugh’: Former VP Mike Pence Remembers The Talk Show Legend)

Pence, who was formerly a radio host, will be joined by various guests throughout the four-part special. Guests will include Fox News Sean Hannity, Bill Hemmer and Brian Kilmeade as well as Limbaugh’s former producer Bo Snerdley, among others. 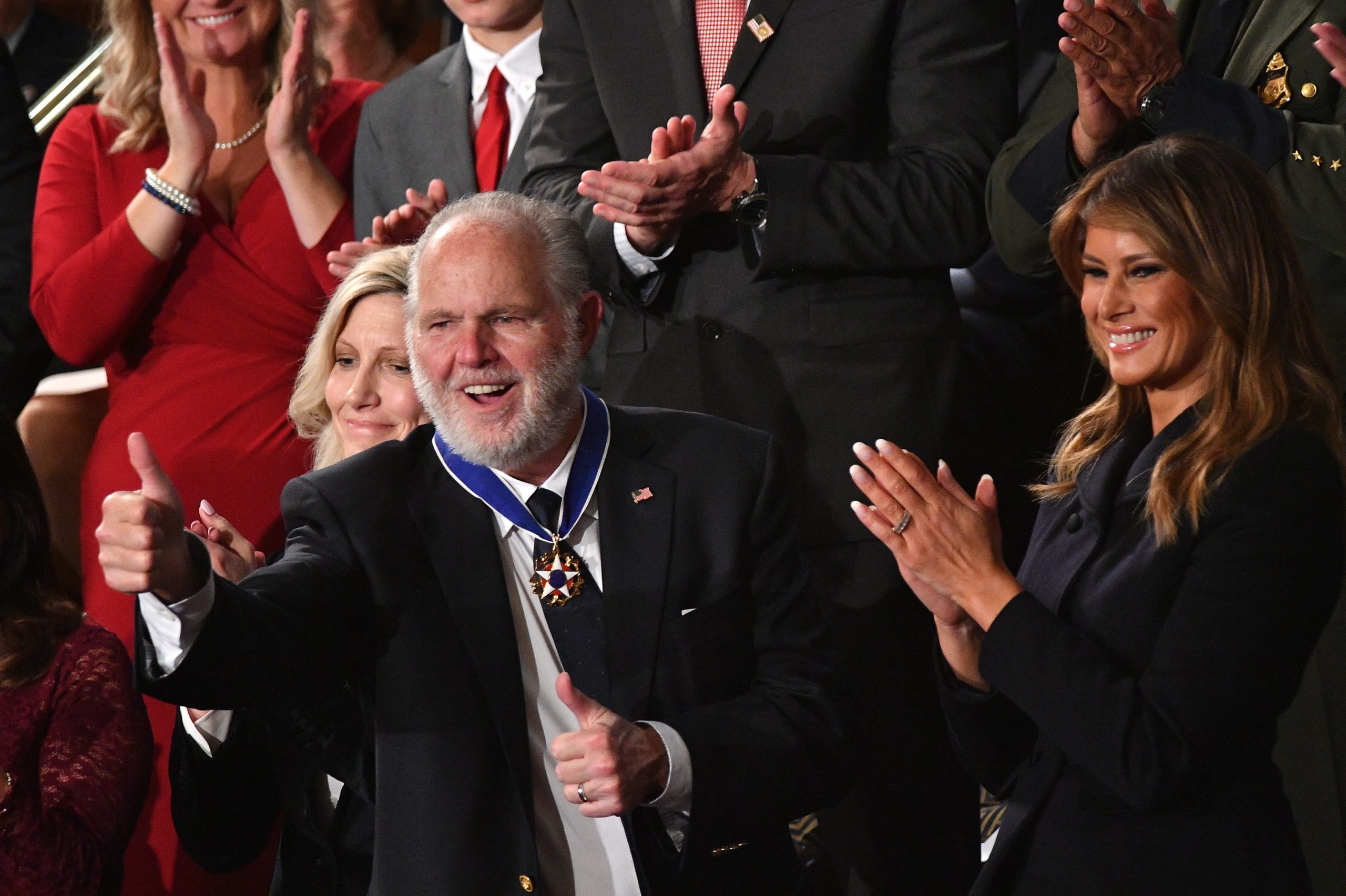 Radio personality Rush Limbaugh pumps thumb after being awarded the Medal of Freedom by First Lady Melania Trump after being acknowledged by US President Donald Trump as he delivers the State of the Union address at the US Capitol in Washington, DC, on February 4, 2020. (Photo by MANDEL NGAN/AFP via Getty Images)

The special will begin with “Act One: The Spoken Word,” which will dive into Limbaugh’s “big break.” The second act features the “Revolution,” diving into his radio show’s growth and his “new role of field general for the ‘Republican Revolution.'”

Act three plans to explore the “Rise of the New Right” and will include information about Limbaugh’s personal and professional struggles. The series ends with act four, titled “A Blessed Life,” according to Fox News.

In addition to narrating this upcoming series for FOX Nation, Pence is a distinguished visiting fellow at the Heritage Foundation.