“One was police beating a volunteer medical crew. They were not armed,” Schraner Burgener said, the AP reported. “Another video clip showed a protester was taken away by police and they shot him from very near, maybe only one meter. He didn’t resist to his arrest, and it seems that he died on the street.” 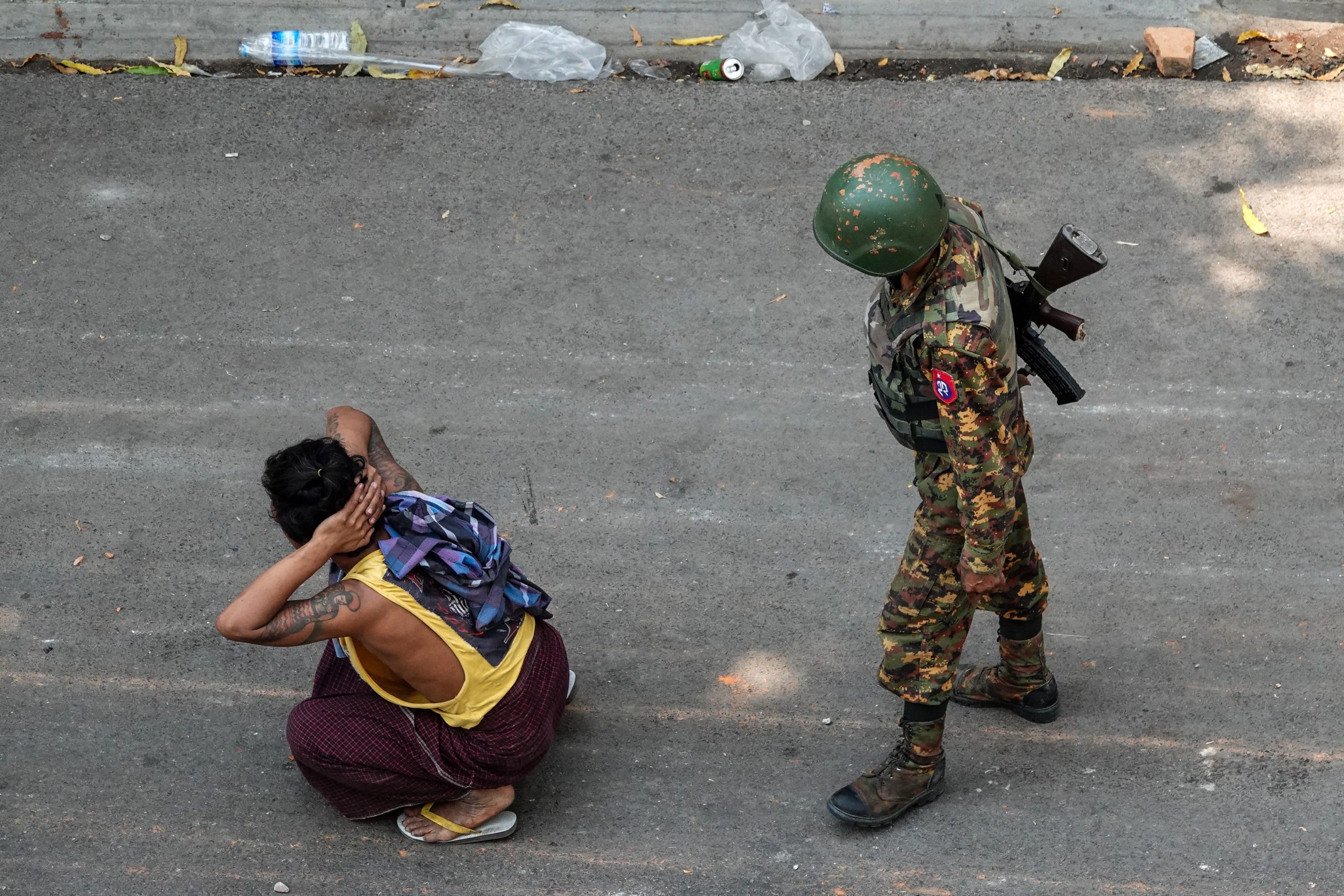 A soldier stands next to a detained man during a demonstration against the military coup in Mandalay on March 3, 2021. (Photo by STR/AFP via Getty Images)

The U.N. Security Council is scheduled to convene on Friday and protesters reportedly hope the increasing violence and killings will pressure the international community to act, according to the AP. Video footage of security forces targeting civilians and demonstrators has been posted to various social media platforms.

Security forces followed a civilian and a shot is heard before the person falls to the ground, video shows, the AP reported. The person raises their head and two security officials grab their arms and drag them down the street.

Another video shows around two dozen security forces, some with visible firearms, chasing people wearing construction helmets similar to the ones used by demonstrators, the AP reported. When the forces caught the people they beat them with batons and kicked them while one officer recorded the incident on his phone.

Schraner Burgener said she told Myanmar army officials the U.N. Member States could take “strong measures” against them. The Army responded, “we are used to sanctions and we survived the sanctions time in the past,” according to Schraner Burgener. (RELATED: Protesters Attempt To Defend Themselves From Rubber Bullets And Teargas In Myanmar)

“I also warned they will go in an isolation,” to which army officials said, “we have to learn to walk with only few friends,” Schraner Burgener added.

China and Russia would likely veto any action proposed by the U.N. Security Council, though some countries have imposed individual sanctions against Myanmar, the AP reported.