The Supreme Court sided with the Department of Justice (DOJ) on Thursday, ruling that illegal immigrants bear the burden of proof when facing deportation.

The 5-3 ruling was authored by conservative Justice Neil Gorsuch and found that Clemente Pereida, an illegal immigrant who was born in Mexico but has lived in the U.S. for the past 25 years, has to prove that he is eligible under immigration law before being allowed to remain in the states and have his deportation canceled.

Under immigration law, “certain nonpermanent aliens seeking to cancel a lawful removal order must prove that they have not been convicted of a disqualifying crime,” Gorsuch wrote.

Immigrants who have past criminal convictions and are facing deportation proceedings can ask the attorney general to allow them to stay in the U.S. if they haven’t committed a serious crime that involves “moral turpitude,” among other eligibility requirements. The Justice Department defines “moral turpitude” as “a nebulous concept, which refers generally to conduct that shocks the public conscience,” citing previous case law. (RELATED: Supreme Court Hears First Case Regarding Voting Laws Since Election)

While his deportation proceedings were pending, Pereida was charged in Nebraska for using a fake Social Security card to get a job and was convicted under a criminal impersonation law, according to the court’s ruling.

The immigration judge found the Nebraska law that Pereida under which was convicted encompassed several crimes that involved moral turpitude, except one — operating a business without a license — according to the Supreme Court’s ruling. The immigration judge ruled Pereida was likely not convicted for operating an unlicensed business and therefore his conviction was centered on committing a crime involving moral turpitude.

The judge therefore prevented Pereida from trying to cancel his deportation proceedings. 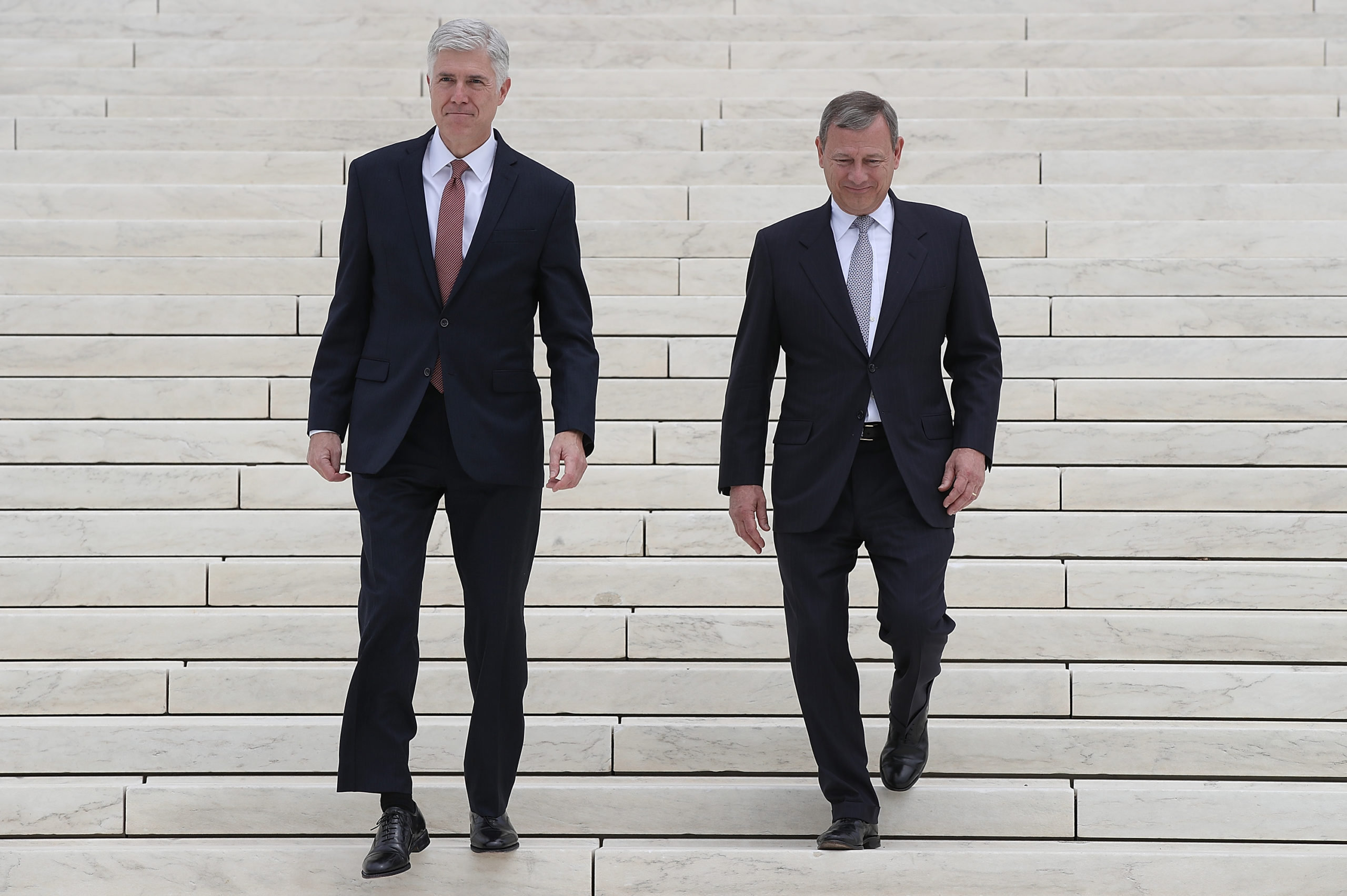 Both the Board of Immigration Appeals and the Eighth Circuit determined it was unclear which crime Pereida was convicted for and upheld the judge’s ruling.

Pereida’s lawyers appealed to the high court, arguing that Pereida should not be deported since there is such ambiguity regarding whether his crime involved moral turpitude. While his conviction didn’t automatically sentence him to deportation, Gorsuch wrote that Pereida failed to prove his conviction did not involve moral turpitude. Under immigration law, this disqualifies him from seeking deportation relief.

“Mr. Pereida admits he has a recent conviction, but declines to identify the crime. As a result, Mr. Pereida contends, no one can be sure whether his crime involved ‘moral turpitude’ and, thanks to this ambiguity, he remains eligible for relief.”

“The Immigration and Nationality Act expressly requires individuals seeking relief from lawful removal orders to prove all aspects of their eligibility,” Gorsuch wrote. “That includes proving they do not stand convicted of a disqualifying criminal offense.”

“Bit whatever degree of ambiguity remains about the nature of Mr. Pereida’s conviction, and whatever the reason for it, one thing remains stubbornly evident: He has not carried his burden of showing that he was convicted of a crime involving moral turpitude,” Gorsuch wrote.

Justice Amy Coney Barrett was not involved in the case since it was argued prior to her joining the bench.