Former President Donald Trump blasted a Monday column from the Wall Street Journal Editorial Board in a lengthy statement distributed by his Save America PAC on Thursday.

“The Wall Street Journal editorial page continues, knowingly, to fight for globalist policies such as bad trade deals, open borders, and endless wars that favor other countries and sell out our great American workers, and they fight for RINOS that have so badly hurt the Republican Party,” Trump opens. “That’s where they are and that’s where they will always be. Fortunately, nobody cares much about The Wall Street Journal editorial anymore. They have lost great credibility.”

The op-ed itself was a response to Trump’s keynote address at the 2021 Conservative Political Action Conference, where the former president touted his policy accomplishments in 2020 and accused President Joe Biden of having the worst first-month in the White House in modern history. (RELATED: McConnell Takes Shot At Trump For Claiming He Boosted The Senator To Victory In 2020) 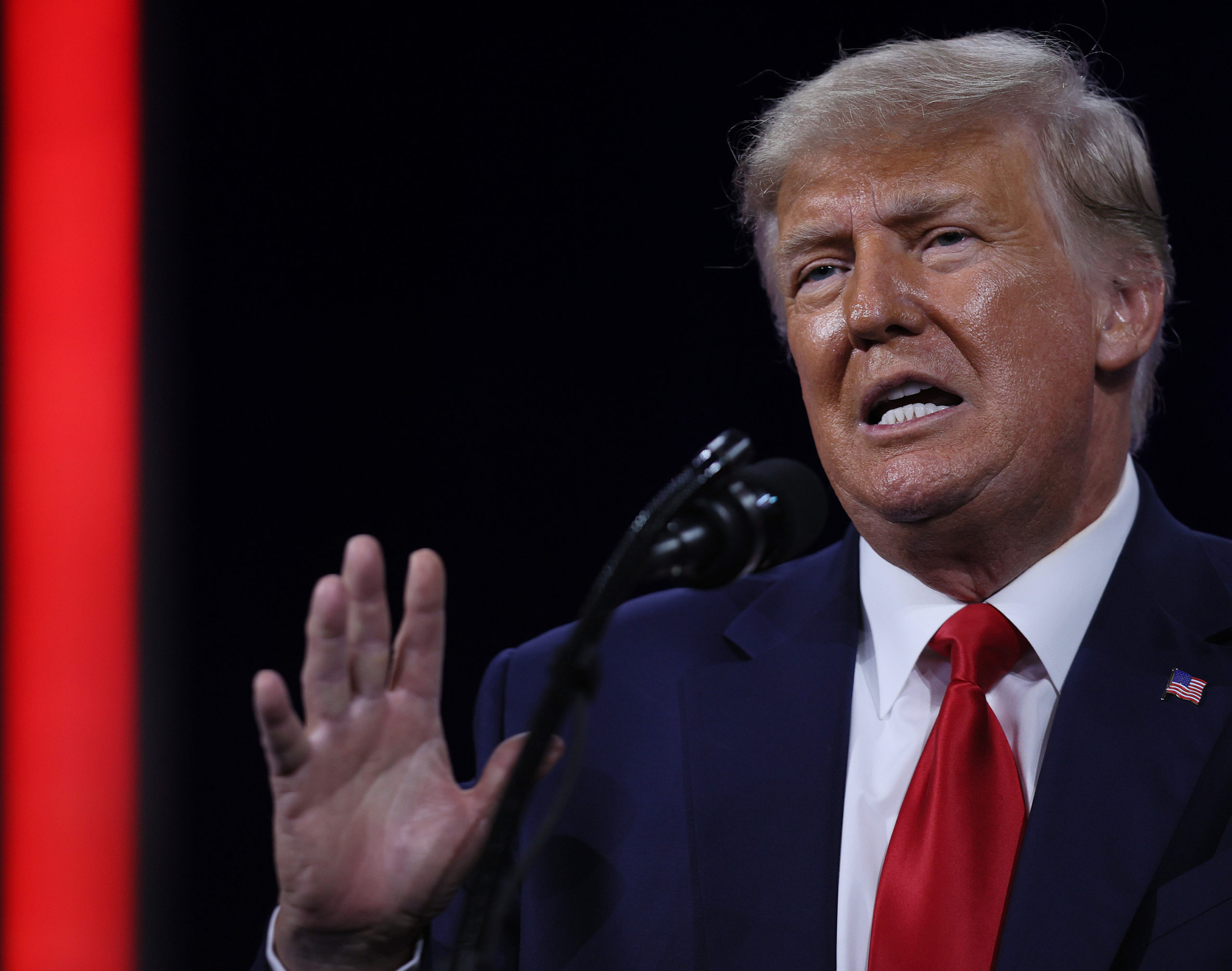 “The CPAC crowd cheered his speech, which was largely a collection of greatest political hits,” the board wrote. “But if CPAC represented America, Mr. Trump would still reside in the White House, not Mar-a-Lago. He lost to Joe Biden, the old Democratic war horse, by seven million votes. He also lost five states he carried in 2016, even Georgia.”

The piece further notes that “Trump never reached a job approval rating above 50% despite his policy achievements,” and the reason he and Republicans were voted out of office wasn’t political but “personal.”

Trump’s Thursday statement countered that “there were two reasons the Senate races were lost in Georgia.”

The statement shifted blame to Georgia’s Republican officials, whom voters were “angry and disappointed with” for “failing to stand up to Stacey Abrams and the disastrous Consent Decree that virtually eliminated signature verification requirements across the state (and much worse), and was not approved by the State Legislature as required by the Constitution—having a major impact on the result, a rigged election.”

He also blamed Senate Minority Leader Mitch McConnell’s “refusal to go above $600 per person on the stimulus check payments when the two Democrat opponents were touting $2,000 per person in ad after ad.”

“This latter point was used against our Senators and the $2,000 will be approved anyway by the Democrats who bought the Georgia election—and McConnell let them do it,” he wrote in closing. “Even more stupidly, the National Republican Senatorial Committee spent millions of dollars on ineffective TV ads starring Mitch McConnell, the most unpopular politician in the country, who only won in Kentucky because President Trump endorsed him. He would have lost badly without this endorsement.”

Trump was frequently criticized McConnell in recent weeks — and has taken credit for his reelection victory — but he had pledged at CPAC to work with Republicans to regaining Congressional majorities in the 2022 midterm elections.

McConnell shook off Trump’s criticism Tuesday, telling reporters he wants “to thank [Trump] for the 15-point margin I had in 2014 as well.”