Republican Texas Rep. Lance Gooden will send a Friday letter to President Joe Biden urging him to recognize the crisis on the southern border and to reinstate the Trump administration’s national emergency concerning our southern border.

The Daily Caller first obtained the letter that Gooden will send to Biden around 12 pm. The letter calls on Biden to recognize the crisis and to declare a national emergency at the southern border as Trump did on Feb. 15, 2019.

“President Donald Trump declared a national emergency in Proclamation 9844 on February 15, 2019. Your administration issued a proclamation on your first day in office, stating the declaration of an emergency was unwarranted. We ask you to reconsider your position in light of subsequent events. There is a crisis at our southern border. It is critical that our leaders recognize the severity of the circumstances and respond accordingly,” the letter states.

“Your administration’s refusal to enforce immigration laws has encouraged countless migrants to make the treacherous journey across our border. We urge you to recognize that an immigration crisis is underway and reinstate a national emergency concerning our southern border. Following a surge of migrants crossing our border in January of this year, U .S. Customs & Border Patrol (CBP) announced that they ‘faced a growing number of individuals attempting to cross the southwest border, averaging about 3,000 arrests per day in January 2021,'” Gooden continued in the letter.

“Their latest estimates approximate that 117,000 unaccompanied children will cross our border this year. They will travel amongst human traffickers and drug smugglers to get here,” he added. 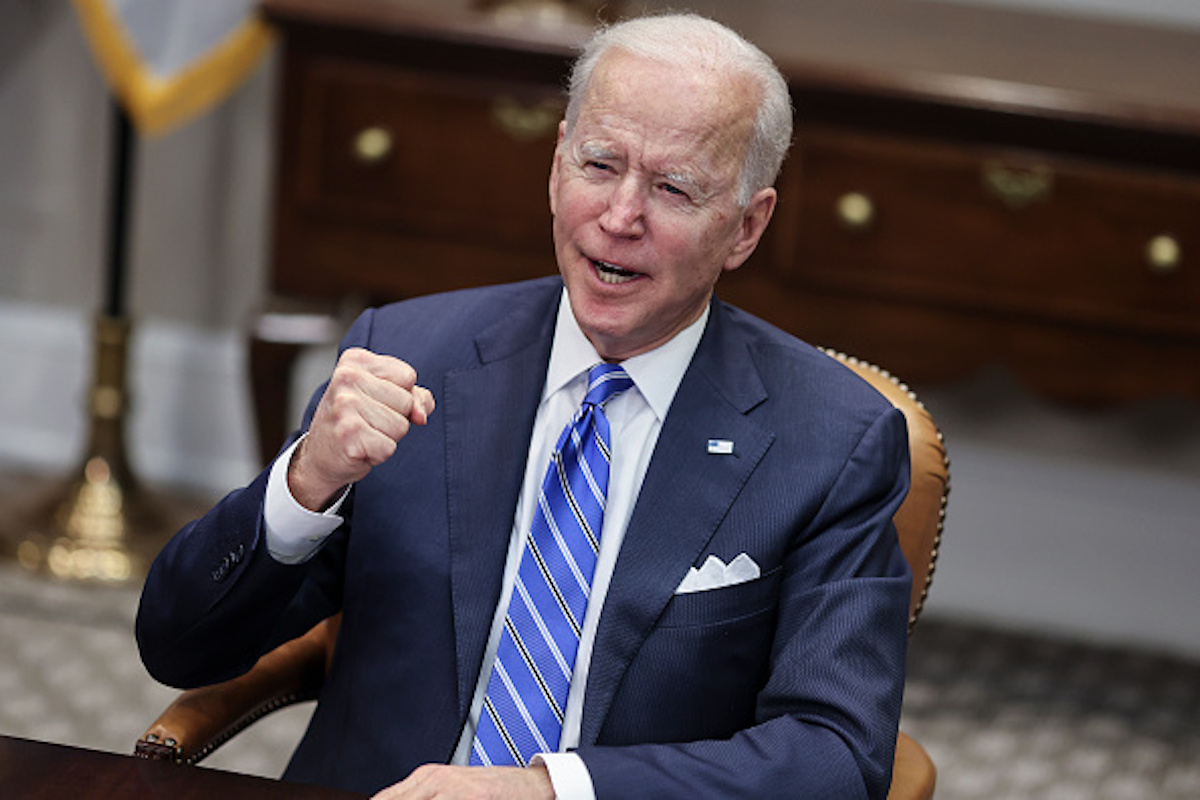 President Joe Biden speaks during a virtual call to congratulate the NASA JPL Perseverance team on the successful Mars Landing in the Roosevelt Room of the White House on March 4, 2021 in Washington, DC. (Photo by Oliver Contreras-Pool/Getty Images)

After publishing the letter, Gooden’s office provided the Daily Caller with a list of current cosigners.

HERE ARE THE CURRENT COSIGNERS ON THE LETTER TO BIDEN:

Biden and top Democrats in Congress have said in the past they want security on the U.S. border but also plan on giving amnesty to over ten million illegal immigrants, while only adding minimal border security measures. (RELATED: ‘I Voted For A Fence’: Biden, Democrats In Congress Now Want To Pass Amnesty With Minimal Border Security)

Biden plans to send a package to Congress which would give around 11 million illegal immigrants who are in the country a pathway to citizenship, according to the LA Times. The plan would make it so illegal immigrants would become eligible for legal permanent residence after five years and give them U.S. citizenship after another three years.