Most New Yorkers oppose Gov. Andrew Cuomo resigning despite facing dual scandals that have tanked his popularity across the state, according to a Thursday Quinnipiac poll.

Less-than-half of voters, 40%, more than half which were Democrats, said that Cuomo should resign , the poll showed. Although most voters said the New York Democrat shouldn’t resign, only 36% said that he should seek a fourth term, compared to 59% who said that he should not run for reelection.

Conversely, 55% of poll respondents said Cuomo should not resign, the overwhelming majority being Democrats, according to the poll.

In terms of overall approval, 45% of New Yorkers approved of Cuomo as governor, while 46% said that they disapproved. Even though Cuomo has a slim margin of disapproval, he has polled 27 points lower than a Quinnipiac poll from May 2020, when he received wide approval for his response to the coronavirus pandemic. 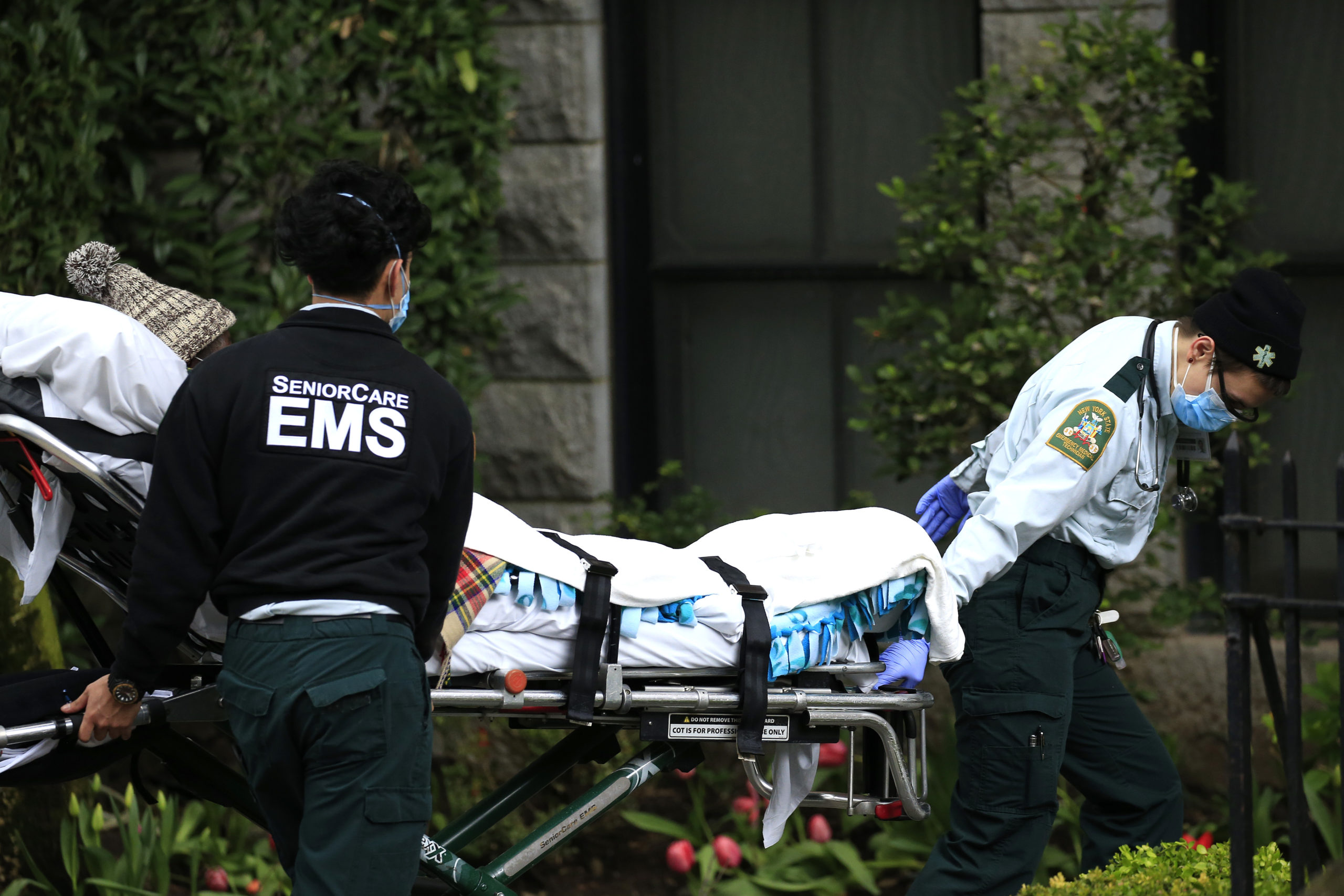 Emergency Medical Service workers unload a patient out of their ambulance at the Cobble Hill Health Center on April 18, 2020 in the Brooklyn borough of New York City. The nursing home recorded dozens of COVID-19 reported deaths. (Justin Heiman/Getty Images)

Cuomo has also faced allegations of sexual harassment and unwanted touching from three women, including two who previously worked in his administration. During a news conference Wednesday, Cuomo apologized for making them uncomfortable and said that he regretted his actions, but denied that he ever touched anybody inappropriately. (RELATED: Accuser Says Popularity From Coronavirus Briefings Made Cuomo Feel ‘Untouchable’)

A majority of the poll’s respondents, 79%, said they viewed the accusations as “very” or “somewhat” serious. Only 27% said that they were satisfied with the governor’s apology.

The governor also said that he would not resign, despite the growing number of New York Democratic lawmakers who have called for him to step down. Several New York Republicans, including Reps. Lee Zeldin and Tom Reed, have reportedly been exploring gubernatorial bids, though they have not made any official announcements and would be viewed as heavy underdogs in the solidly Democratic state.

Quinnipiac polled 935 New York registered voters over March 2 and 3, and the poll has a margin of error of 3.2 points.