Border Patrol Agents apprehended 105 migrants as they attempted to illegally enter the United States through the Texas southern border on Thursday, authorities announced.

Initially, border patrol agents found a group consisting of 43 illegal immigrants who were smuggled through Havana, Customs and Border Protection (CBP) said in a statement. As the agents processed the group, smugglers sent 62 other migrants across the precarious Rio Grande river.

“Despite the inherent dangers of crossing the treacherous Rio Grande, subjects continue to risk their lives to enter the United States illegally,” CBP said in a statement. The Rio Grande’s rapid-moving waters, as well as the quicksand underneath, often causes drowning. Texans were warned never to enter it, not even to briefly cool off.

“Even with the spread of the COVID-19 virus, human smugglers continue to try these brazen attempts with zero regard for the lives they endanger nor to the health of the citizens of our great nation,” CBP said.

The majority of the migrants came from Central America, with exception to 13 Romanian nationals. Furthermore, of the 105 illegal immigrants the McAllen Border Patrol Station apprehended most were families. There were also 23 unaccompanied children among the two migrant groups.

Border officials warned the Biden administration that an estimated 117,000 unaccompanied children will arrive at the southern border through 2021, according to Axios. (RELATED: Border Agents Rescue Father, Child Swept Away In Canal)

Less than 130 miles away, border patrol agents at the Laredo Sector of the border apprehended 125 illegal migrants “during a very busy 12-hour period,” CBP announced Thursday.

Horse Patrol Unit (HPU) agents working near Hebbronville apprehended 60 individuals, according to CBP. In one incident, 17 individuals were apprehended using an aerial detection system. HPU agents also apprehended 8 individuals after they were detected onboard a freight train, CBP said.

In the Laredo South Station area HPU agents apprehended 57 individuals, including one “juvenile brush guide” who was a U.S. Citizen. 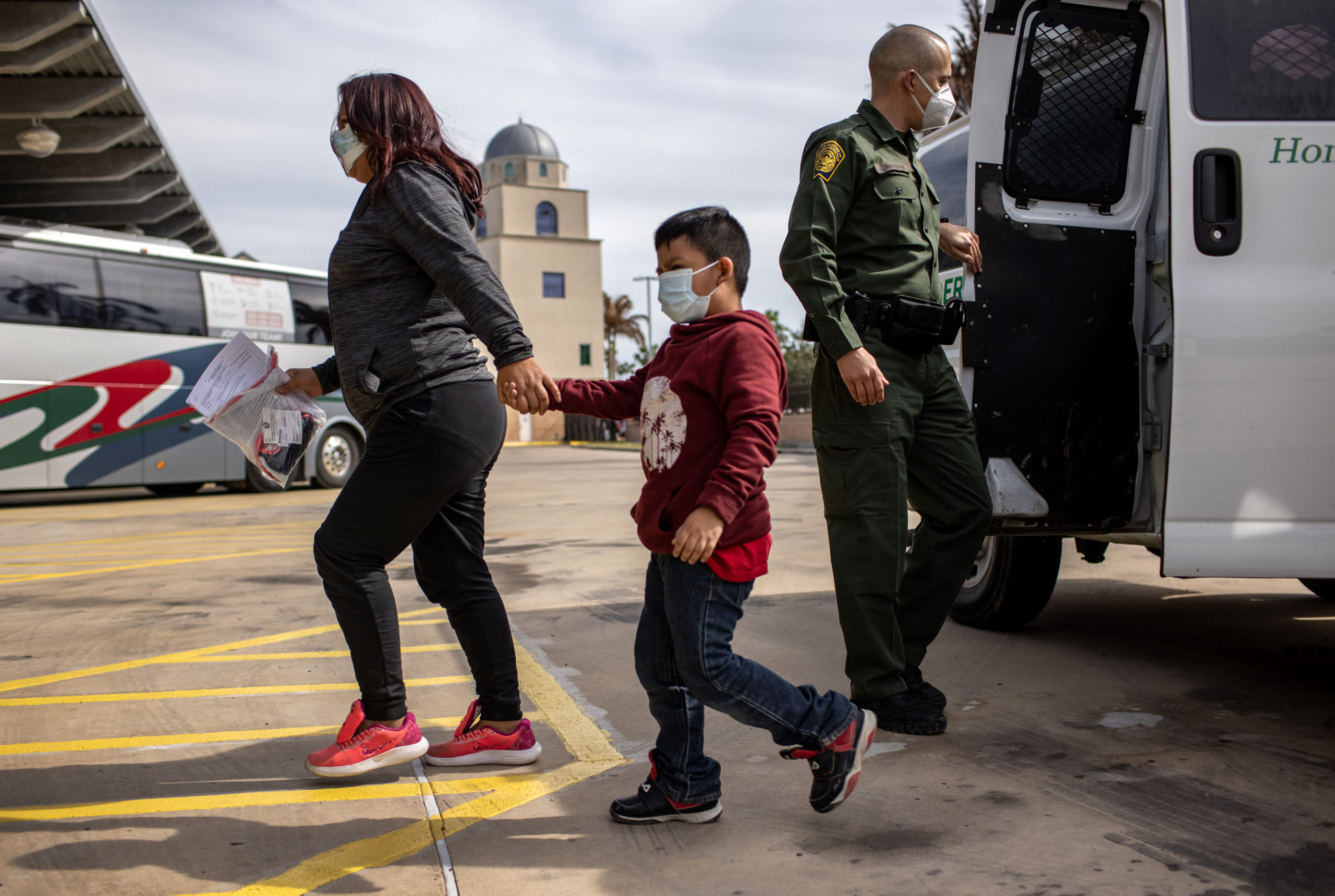 White House Press Secretary Jen Psaki denied there was a crisis at the border, telling reporters recently that the administration was not encouraging people to come to the U.S. but that they would not “turn away kids who are under eighteen.”

Department of Homeland Security Secretary Alejandro Mayorkas echoed Psaki’s sentiment that there wasn’t a border crisis and also said, “We are not saying don’t come, we are saying don’t come now, because we will be able to deliver a safe and orderly process to them as quickly as possible.”