Senate Republicans will force a number of votes on the floor Friday to get Democrats on the record regarding a number of controversial issues such as giving relief checks to illegal immigrants and raising taxes on small businesses.

The Senate is planning to pass a $1.9 trillion COVID-19 relief bill Friday, however, Republicans plan on forcing votes on issues that Democrats might not want to put their names next to, which could keep senators on the floor until late into the night. The last “vote-a-rama” occurred in early February but before then had not occurred in over three years.

In a budget reconciliation process, which Democrats are using to push their relief bill forward, a vote-a-rama can be used to force a vote on anything. Senate Minority Leader Mitch McConnell announced Republicans would be forcing votes on a number of amendments to help improve the final relief bill.

“And now, in this supposed new era of healing leadership, we’re about to watch one party ram through a partisan package on the thinnest of margins. Go figure. Republicans have many ideas to improve this bill. Many ideas. And we’re about to vote on all kinds of amendments in the hopes that some of these ideas make it into the final product,” McConnell said Friday on the floor.

“We’re going to try to improve this bill. The millions who elected 50 Republican Senators will have their voices heard loud and clear,” he continued. 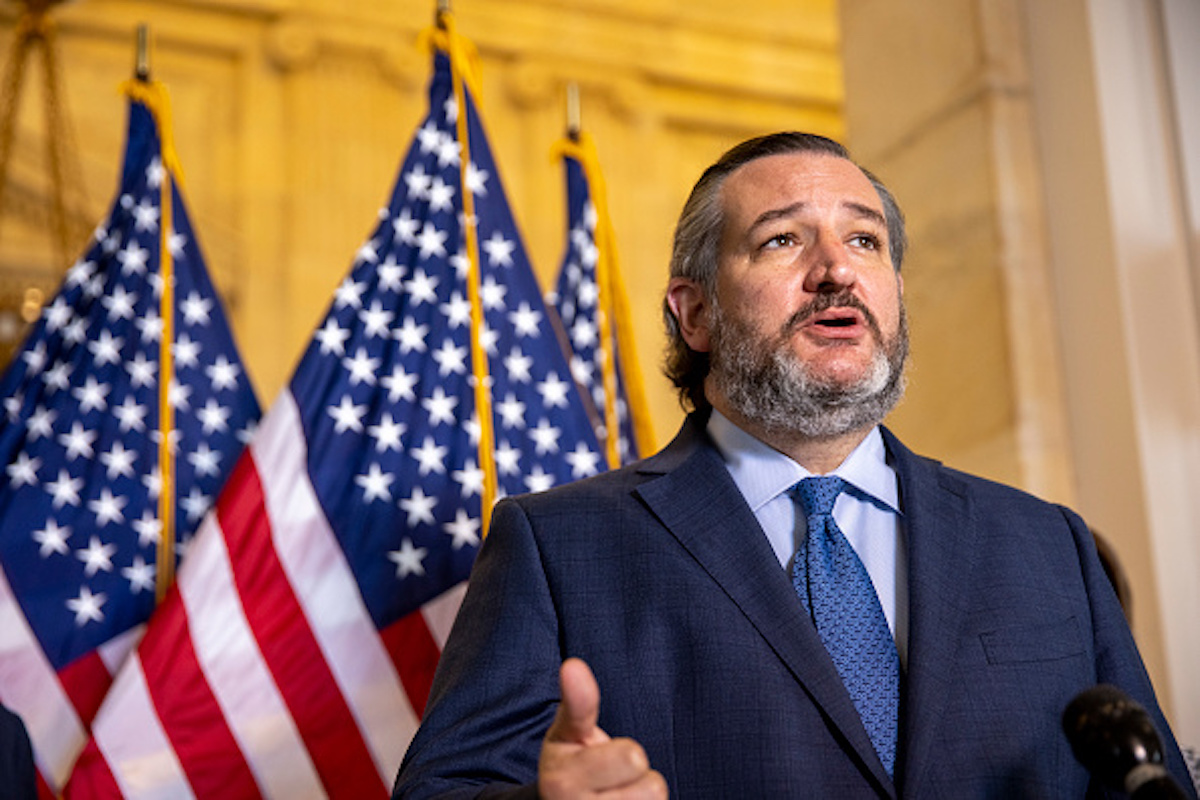 Sen. Ted Cruz (R-TX) speaks at a press conference on school reopening during Covid-19 at US Capitol on March 04, 2021 in Washington, DC. (Photo by Tasos Katopodis/Getty Images)

As the debate began, Republican Sen. Ted Cruz introduced an amendment that would make sure stimulus checks are not given to illegal immigrants living in the United States. (RELATED: Senate Republicans To Force Votes On A Number Of Issues Including Checks For Illegal Immigrants, Raising Small Business Taxes)

Cruz also proposed an amendment that would provide federal scholarship grants to children whose public school is not open because of COVID-19. (RELATED: Kamala Harris Casts Tie-Breaking Vote In Senate To Start COVID-19 Relief Debate)

Vice President Kamala Harris cast a tie-breaking vote Thursday in the Senate to begin the debate on the COVID-relief package.

As the Senate was split 50-50 on the legislation, Harris cast the 51st vote with the Democrats to officially start the debate on the legislation. The American Rescue Plan, which passed the House in a 219-212 vote Saturday, includes $1,400 stimulus relief checks and $350 billion for state, local, and tribal government budgets.

The relief package also includes an expanded child tax credit and $130 billion to help K-12 schools reopen. Restaurants and bars will receive $25 billion in targeted aid if the bill is passed and signed into law.

This story is developing and will be updated as more information becomes available.