YouTube removed five channels associated with broadcasting content for the security forces in Myanmar on Friday, the Associated Press reported.

Deadly protests followed a military coup in the country that began Feb. 1, and security forces have increasingly used deadly force against the largely peaceful crowds of demonstrators.

“We have terminated a number of channels and removed several videos from YouTube in accordance with our community guidelines and applicable laws,” YouTube said in a statement to the AP. 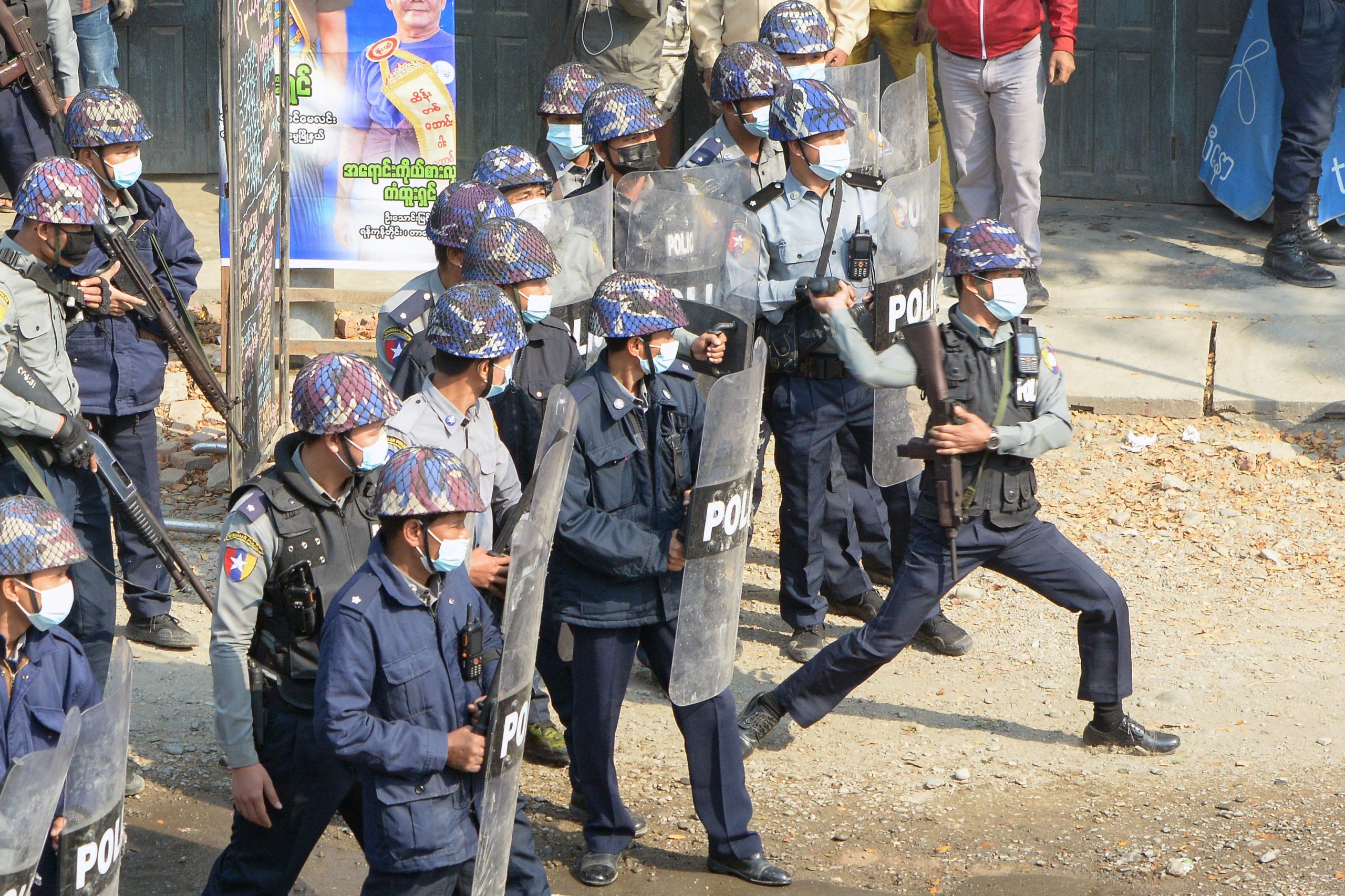 A policeman (R) throws a projectile towards protesters during a demonstration against the military coup in the northwestern town of Kale on March 2, 2021. (STR/AFP via Getty Images)

YouTube regularly monitors its website for content that violates its community guidelines and has removed around 20 channels and over 160 videos for the same reason over the last couple of months, the AP reported.

Over 30 channels were banned in December in connection with a coordinated influence campaign targeting Myanmar elections, the AP reported. The campaign reportedly uploaded videos showing regional conflicts and foreign news from the U.S., China and Malaysia.

Profiles associated with Myanmar security forces have also been removed from Facebook and Instagram, the AP reported.