Jury selection for the trial of the former Minneapolis police officer charged with the murder of George Floyd begins Monday, the Associated Press reported.

Derek Chauvin is charged with second-degree murder and manslaughter after kneeling on Floyd’s neck for nearly nine minutes as he said he could not breathe on May 25, 2020, the AP reported. Potential jurors will be interviewed about their views of the justice system and police until 12 are selected during a process that is expected to take at least three weeks.

“You don’t want jurors who are completely blank slates, because that would mean they’re not in tune at all with the world,” former prosecutor Susan Gaertner said, the AP reported. “But what you want is jurors who can set aside opinions that have formed prior to walking into the courtroom and give both sides a fair hearing.” 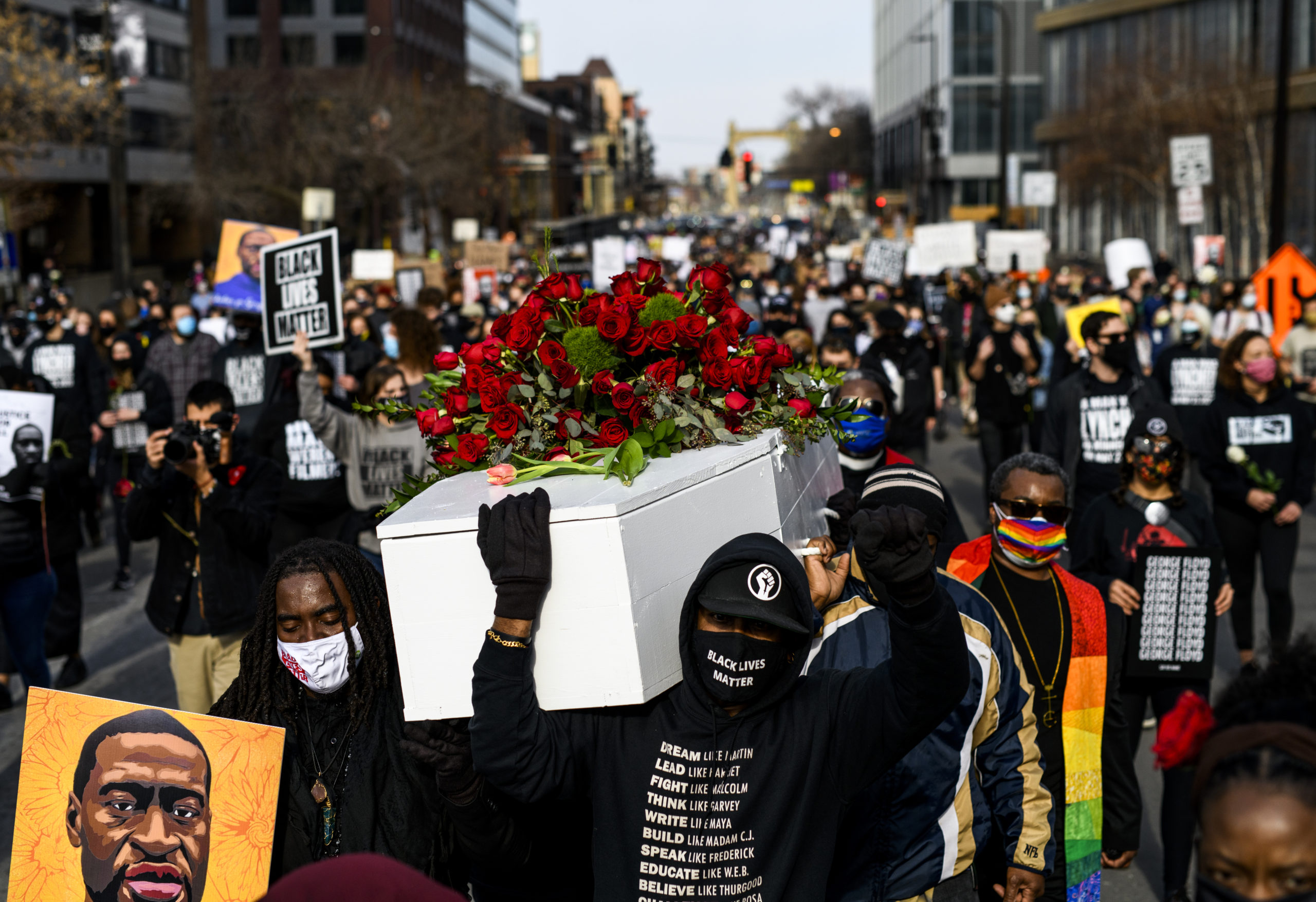 People carry a casket covered in roses during a march in honor of George Floyd on March 7, 2021 in Minneapolis, Minnesota. (Photo by Stephen Maturen/Getty Images)

Chauvin knelt on Floyd’s neck as he was handcuffed face-down on the street and remained there after Floyd went limp, the AP reported. Floyd’s death sparked nationwide demonstrations that sometimes devolved into violence, rioting and looting.

Three other former officers were with Chauvin during the incident and will be separately tried in August for aiding and abetting, the AP reported. Eric Nelson, Chauvin’s attorney, said that it would be impossible to assemble an impartial jury in Hennepin County due to unrest in Minneapolis and the pretrial publicity of the case.

Judge Peter Cahill said that moving the trial would not solve that problem because “no corner of the State of Minnesota” has been shielded from the information regarding the case, the AP reported. (RELATED: Minneapolis Spends Nearly $650,000 On Fences To Protect City Buildings From Vandalism During Derek Chauvin Trial)

Potential jurors will be asked how many times they watched the body camera footage of Floyd’s arrest and whether they participated in a demonstration and if they carried a sign, the AP reported. The potential jurors were sent a questionnaire to gauge how familiar they are with the case and their opinions on the matter.

Potential jurors were also asked about any previous contact with police officials and whether they believe the justice system is fair, the AP reported. The judge, defense attorney and prosecutors will questions possible jurors individually rather than in a group setting.