Organizers of the effort to recall Gov. Gavin Newsom said Sunday they had gathered over 1.95 million signatures supporting the effort, enough to trigger a special election.

The signatures were announced during a press conference, with the effort’s organizers saying that they were on track to obtain 2 million signatures before the state’s Mar. 17 deadline.

“That is more than enough to be able to have this initiative qualified for a special election later this year to let the people decide,” said senior advisor Randy Economy during the conference. “Californians are consistently becoming more disgruntled with how their state’s run.”

Although state and local election officials still need to verify that nearly 1.5 million signatures are in fact from registered California voters, the recall effort is on track to cross the necessary threshold. February verification numbers from the California Secretary of State’s Office found that 83% of the signatures were valid, The Sacramento Bee reported, a rate that would trigger a special election if it holds through the deadline.

“This historic recall movement is becoming a reality because millions of Californians are ready for change and making their voices heard,” former San Diego Mayor Kevin Faulconer, one of the Republicans vying to unseat Newsom, told the Daily Caller News Foundation. “It’s time to turn the page on the failures of Gavin Newsom’s incompetent administration.”

“I don’t think you’ve ever seen a volunteer movement like this,” said recall supporter Mark Netter during the press conference. “It’s literally people from all walks of life, all parties, all religions. We have diversity across the board collecting and united [on] one thing, and that’s the fact that California needs a new governor.” (RELATED: ‘Newsom Has Failed California’: Police Officer Calls On City Council To Recall The Sitting Governor) 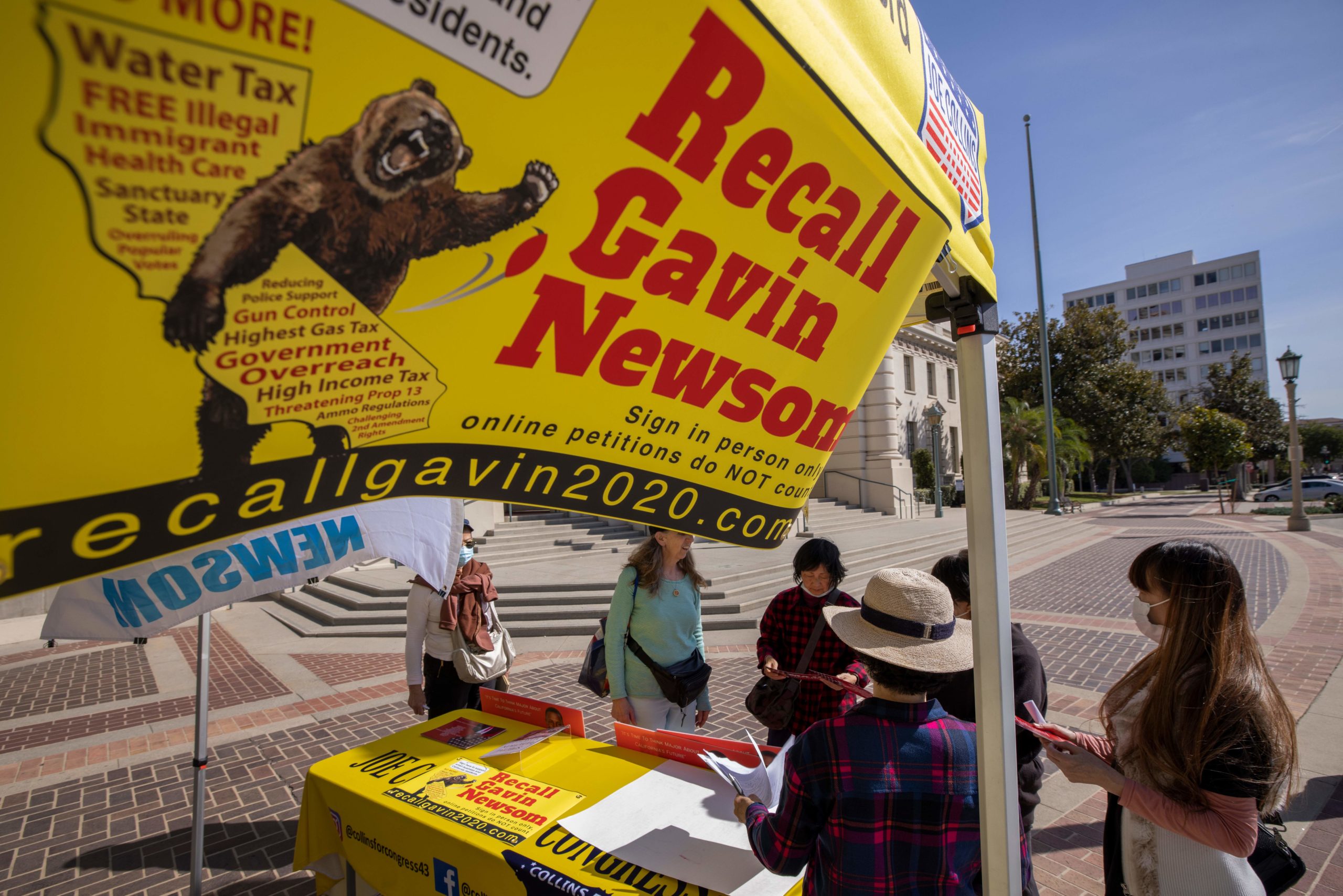 The recall effort gained traction late last year, largely due to frustration over Newsom’s response to the coronavirus pandemic. His administration has imposed strict restrictions on businesses, restaurants and gatherings, and most schools in the state remain closed.

Despite the recall movement’s momentum, any special election candidate would almost certainly be an underdog against the California Democrat, who was elected with 62% of the vote in 2018.

A Feb. 2 University of California-Berkeley poll found that while 36% of Californians would vote against Newsom in a recall election, 45% would back him.