Former President Donald Trump released a statement Monday night that said “Republicans in name only” (RINOS) should no longer receive funding and called on donors to send money to his Super PAC instead.

“No more money for RINOS. They do nothing but hurt the Republican Party and our great voting base—they will never lead us to Greatness. Send your donation to Save America PAC at DonaldJTrump.com. We will bring it all back stronger than ever before!” Trump said in the statement.

INBOX: Trump releases statement saying: “No more money for RINOS. They do nothing but hurt the Republican Party and our great voting base—they will never lead us to Greatness. Send your donation to Save America PAC…” and more. pic.twitter.com/6E7xRPcTSy 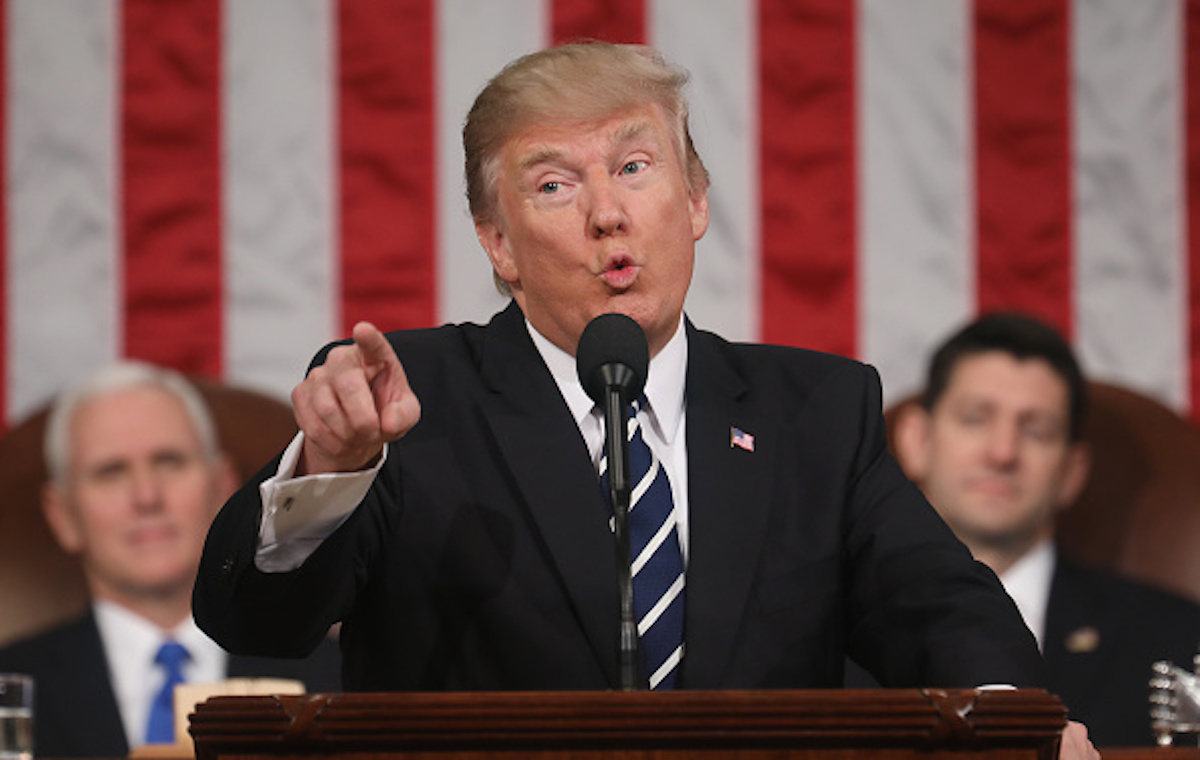 President Donald J. Trump (C) delivers his first address to a joint session of the U.S. Congress as U.S. Vice President Mike Pence (L) and Speaker of the House Paul Ryan (R) listen on February 28, 2017 in the House chamber of the U.S. Capitol in Washington, DC. (Photo by Jim Lo Scalzo – Pool/Getty Images)

The RNC’s chief counsel, Justin Riemer, wrote a letter Monday to Trump lawyer Alex Cannon responding to the cease-and-desist letter. The GOP “has every right to refer to public figures as it engages in core, First Amendment-protected political speech, and it will continue to do so in pursuit of these common goals,” Riemer wrote, according to Politico.

Trump has begun to endorse candidates since leaving the White House. Trump endorsed Republican South Carolina Sen. Tim Scott for reelection March 2 despite Scott’s decision to not object during Congress’ counting of the Electoral College vote on Jan. 6 and to certify then-President-elect Joe Biden’s win against Trump.