Democratic Oregon Sens. Ron Wyden and Jeff Merkley, as well as every Democratic member of Congress from Oregon, have refused to condemn anti-ICE riots that took place in Portland in late February.

The Daily Caller contacted both Wyden and Merkley as well as every member of Congress from Oregon to ask them if they condemned the destructive riots, to which only one responded, Republican Rep. Cliff Bentz. Every office was given a deadline to respond to the inquiry.

Rioters vandalized several buildings in downtown Portland, Oregon, Feb. 27. There were reportedly close to 150 people that marched through Portland, causing destruction and vandalism and smashing windows of many businesses, including a Starbucks, a Chipotle, a bank and more. Many of the buildings were also spray painted, Fox News reported.

There were several arrests made and police said they may arrest more of the rioters.

In a statement to the Daily Caller, Bentz condemned the riots and said there is no reason a protest should turn into a destructive riot.

“I condemn the riots that occurred in Portland, and I thank local law enforcement who respond to these scenarios with professionalism and great care to protect life and property and to uphold justice. As I have said in the past: I support peaceful protest, but there is absolutely no excuse for protests to turn into violence, destruction, and anarchy,” Bentz said. 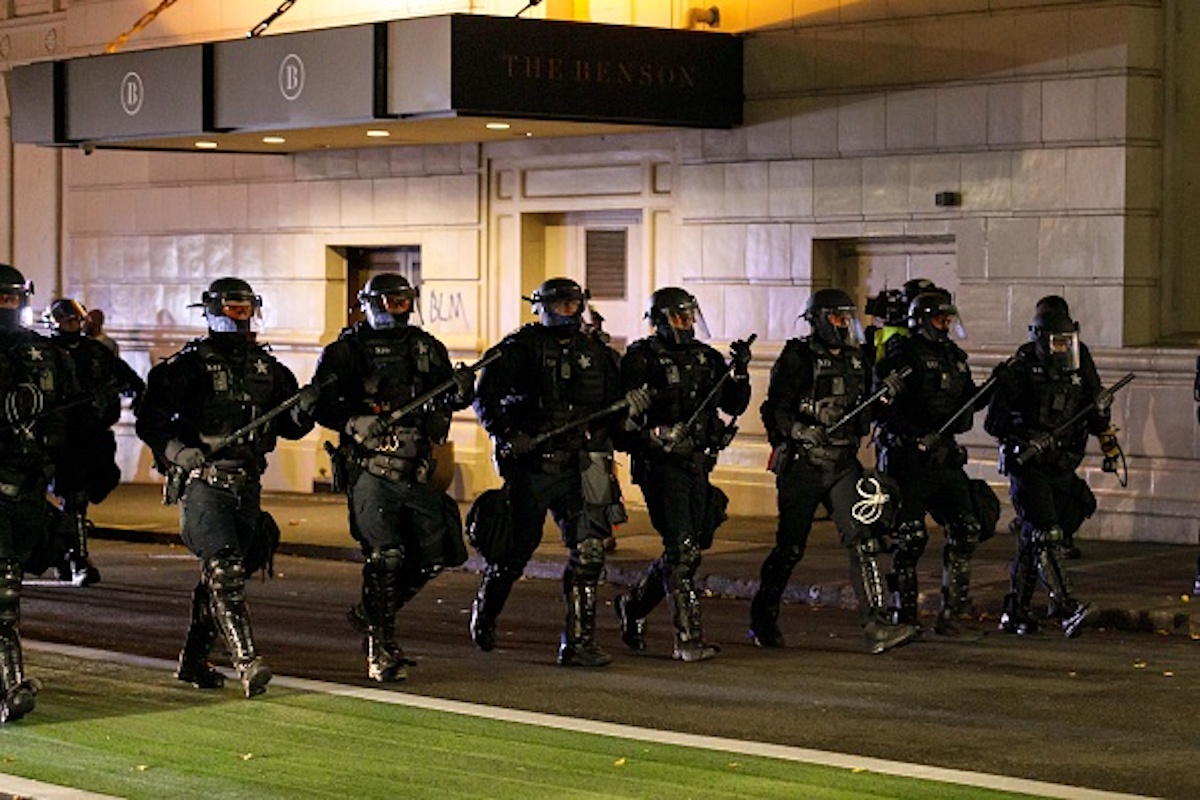 A line of “Unified Command” police and state troopers advance on demonstrators after a riot was declared in a march demanding properly counted election results in two separate marches in Portland, Oregon, United States on November 4, 2020. (Photo by John Rudoff/Anadolu Agency via Getty Images)

“My heart goes out to the families and small business owners whose lives continue to be disrupted by ongoing rioting. The violence must stop,” Benz added. (RELATED: Portland Rioters Hurl ‘Incendiary Device’ At ICE Building, Pelt Officers With Rocks, Police Say)

Meanwhile, President Joe Biden plans to send a package to Congress which would give around 11 million illegal immigrants who are in the country a pathway to citizenship, according to the LA Times. (RELATED: Portland Police Have Dealt With 13 Riots In Last 80 Days, As Rioters Vandalize ICE Building)

The plan would make it so illegal immigrants would become eligible for legal permanent residence after five years and give them U.S. citizenship after another three years.