Vice President Kamala Harris, who previously said Supreme Court Justice Brett Kavanaugh should be impeached over #MeToo accusations, has not weighed in on allegations against Gov. Andrew Cuomo.

Five women have accused the New York Democrat of sexual misconduct. The embattled governor faces two separate investigations: one investigation into his workplace behavior by the attorney general’s office, as well as a federal Department of Justice probe into his role in undercounting nursing home deaths in New York. 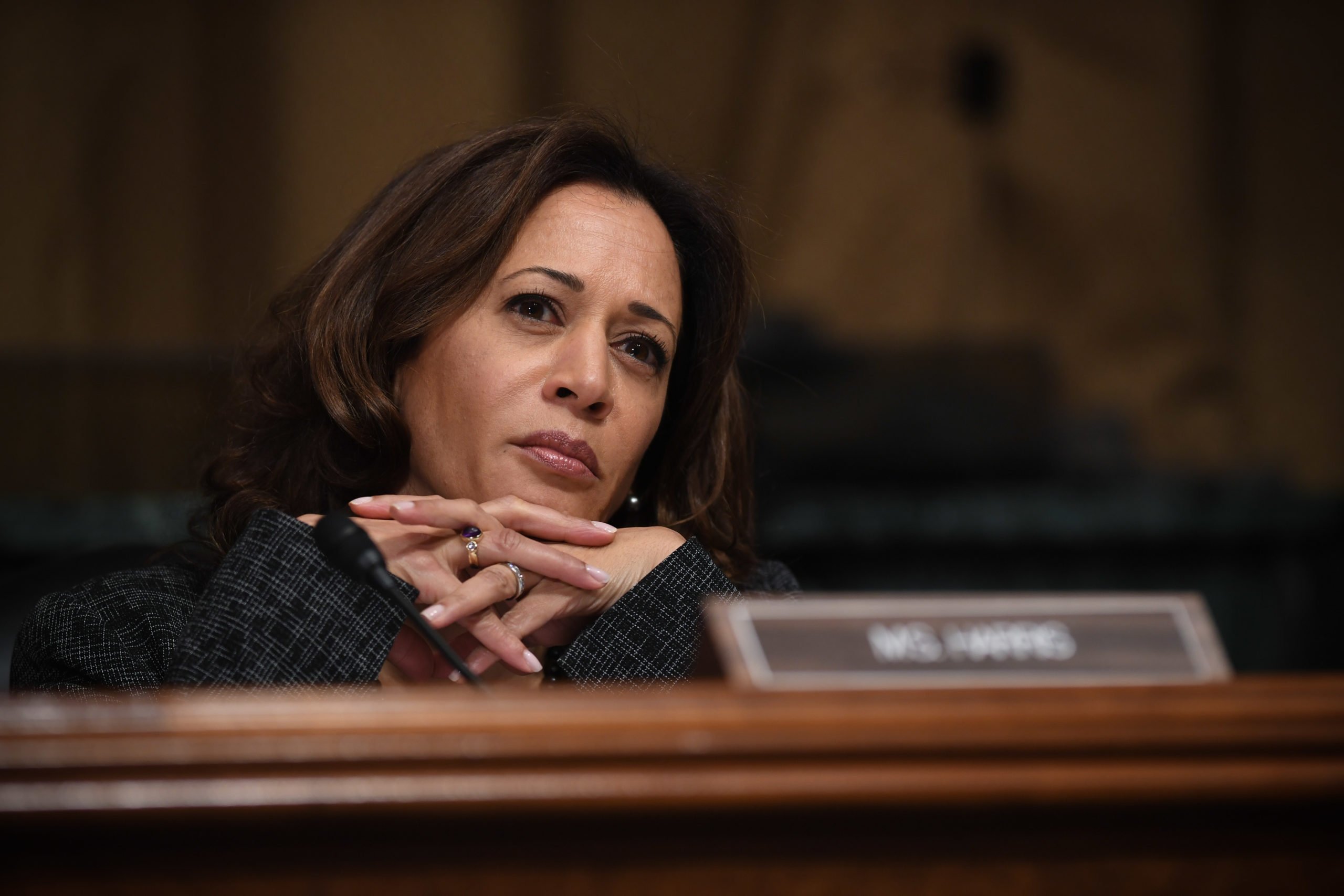 “I believe her,” the former California senator said of Ford in September 2018. “Anybody who comes forward at this point to be prepared to testify in the U.S. Senate against someone who’s being nominated to one of the most powerful positions in the U.S. government, that takes an extraordinary amount of courage.”

“I believe that the FBI… should be compelled to do its job in terms of completing their background investigation and that’s not being done.” — Sen. @KamalaHarris on sexual assault allegations against Supreme Court nominee Brett Kavanaugh pic.twitter.com/JPqQFxdFXf

“I believe that the FBI … should be compelled to do its job in terms of completing their background investigation and that’s not being done,” she continued. (RELATED: Here’s A Timeline Of The 2018 Kavanaugh Confirmation)

Harris often echoed the #MeToo movement’s “Believe All Women” and “Believe Survivors” slogans throughout the 2018 confirmation hearings. She also repeatedly said that she believed Ford, praised Ford’s courage and offered the Kavanaugh accuser her support.

“Christine Blasey Ford courageously stepped forward to tell her story — it is a credible and serious allegation,” Harris tweeted in September 2018. “The Senate has a constitutional responsibility to scrutinize SCOTUS nominees. A vote on Kavanaugh’s nomination must be delayed until there is a thorough investigation.”

Wore black today in support of all survivors of sexual assault or abuse. We won’t let them be silenced or ignored. #BelieveSurvivors pic.twitter.com/immVdGsepx

A year after the confirmation hearings, after the Senate Judiciary Committee found “no evidence” to corroborate claims against Kavanaugh, Harris called for the Supreme Court justice to be impeached. (RELATED: ‘I Want The Same Equal Treatment’: Biden Accuser Tara Reade Tears Into Media, Women’s Groups, Democratic Politicians)

“I sat through those hearings,” she tweeted. “Brett Kavanaugh lied to the U.S. Senate and most importantly to the American people. He was put on the Court through a sham process and his place on the Court is an insult to the pursuit of truth and justice. He must be impeached.”

Harris reiterated her assertion in a second tweet and urged followers to sign a petition she linked to.

Fox News reporter Kristen Fischer pushed White House Press Secretary Jen Psaki on why Harris has not yet addressed allegations against Cuomo, particularly in light of Harris’s behavior during the 2018 Kavanaugh hearings.

“I can certainly speak on behalf of the president and the vice president, and so let me reiterate that they both believe that every woman coming forward should be heard, should be treated with dignity and treated with respect,” Psaki said March 2.

The White House did not respond to a request for comment from the Daily Caller News Foundation. (RELATED: Kamala Harris In April 2019: ‘I Believe’ Joe Biden’s Accusers)

Dr. Christine Blasey Ford’s sacrifice, out of a sense of civic duty, shined a spotlight on the way we treat survivors of sexual violence — forcing our country to reckon with an issue that has too often been ignored and kept in the dark. #TIME100https://t.co/dKOzlf77Cc

Cuomo’s most recent accuser, former Cuomo aide Ana Liss, came forward with her allegations in a Wall Street Journal interview published Saturday evening. Liss accused the governor of touching her lower back, kissing her hand and inquiring about her relationship status.

Karen Hinton told the Washington Post Saturday that Cuomo hugged her in an embrace that was “very long, too long, too tight, too intimate” in a dimly lit hotel room on a 2000 trip to Los Angeles. He was the head of the federal Department of Housing and Urban Development at the time. (RELATED: Reporter Says Cuomo’s ‘Eat The Whole Sausage’ Comment Wasn’t Harassment)

Anna Ruch met the New York Democrat at a September 2019 New York City wedding reception, she told The New York Times. Ruch said the governor put his hand on her bare back, moved close to her, told her she was “aggressive” when she removed his hand, placed his hands on her cheeks and asked her if he could kiss her. Her friend later told her that he had kissed her cheek, she said.

Charlotte Bennett told The New York Times that Cuomo asked her about her sex life, asked her whether she practiced monogamy, whether she was interested in older men, and discussed her past sexual assault with her in an uncomfortable manner.

The same week, Lindsey Boylan accused the governor of kissing her without her consent during a one-on-one briefing, making her uncomfortable and making a number of sexually charged comments to her.