MyPillow CEO Mike Lindell says he is launching his own social media website after being kicked off Twitter, Business Insider reported Tuesday.

Lindell told Turning Point USA president Charlie Kirk about his plans during Kirk’s podcast Friday and promised not a single person would be barred from using the platform.

“Every single influencer person on the planet can come there. You’re going to have a platform to speak out,” Lindell said, adding that he’s been working on the site for years. “It’s not just like a little Twitter platform.”

Lindell was kicked off Twitter in January “due to repeated violations of” Twitter’s “Civic Integrity Policy.” But his upcoming website, first reported by Mediaite, will supposedly launch within the new few weeks. 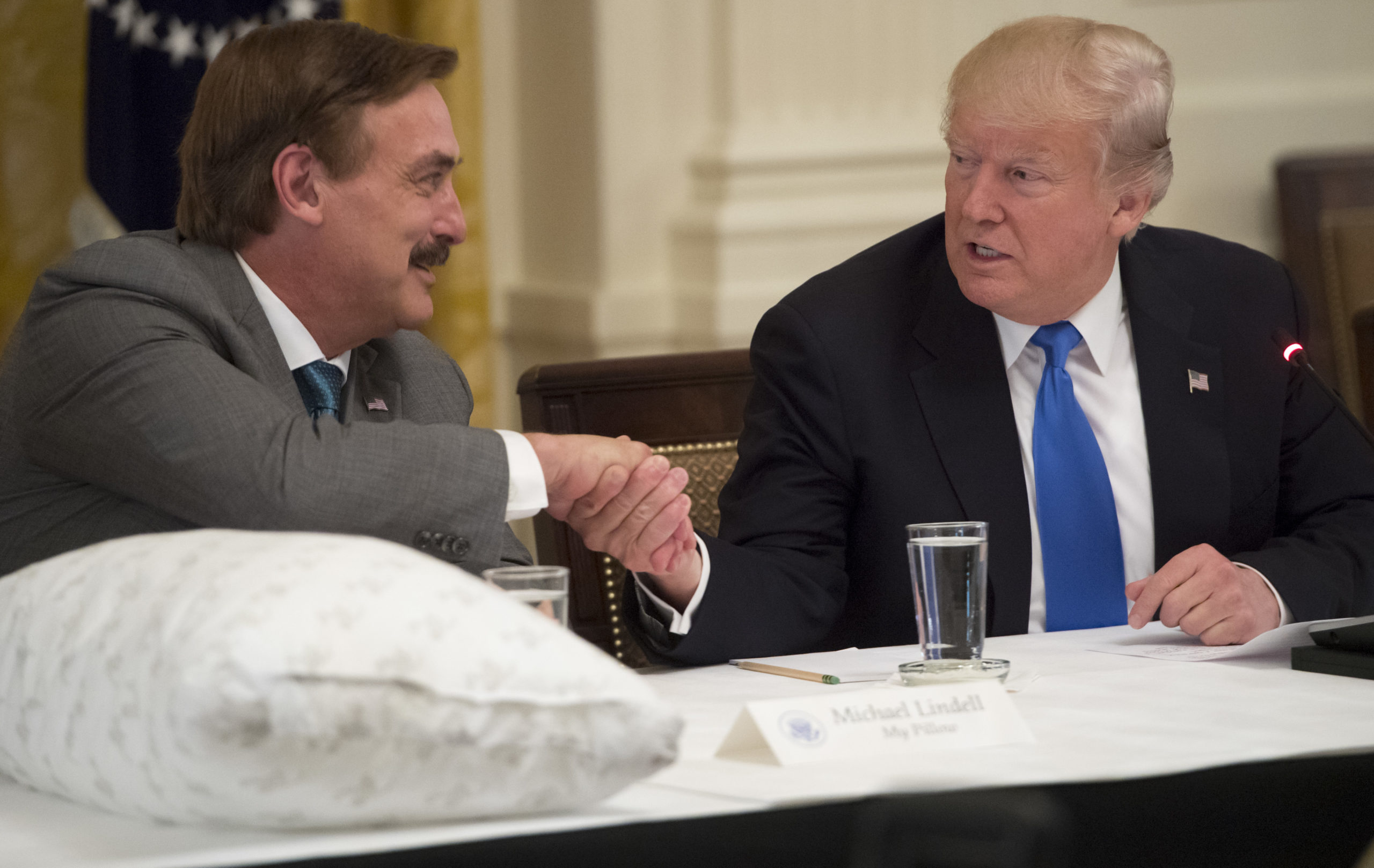 US President Donald Trump shakes hands with Mike Lindell (L), founder of My Pillow, during a Made in America event with US manufacturers in the East Room of the White House in Washington, DC, July 19, 2017. (SAUL LOEB/AFP via Getty Images)

During the podcast, Lindell discussed buying more ads on Google so that people could see his “evidence” regarding the election fraud claims, Business Insider reported.

“We’re launching this big platform so all the voices of our country can come back and start telling it like it is again,” Lindell explained. “You will not need YouTube. You won’t need these places. So it will be where everything can be told, because we’ve got to get our voices back.”

“People will be able to talk and not walk on eggshells,” he added.

Lindell declined to give the name of his social media company, Business Insider noted.