Rhode Island Democratic Sen. Sheldon Whitehouse has led the charge against “dark money” affecting politics and the federal judiciary, but his push has led to allegations of hypocrisy over his own ties to similar groups.

Whitehouse chaired a Senate Judiciary Subcommittee hearing Wednesday afternoon highlighting dark money’s effect on the federal judiciary, discussing how groups funneling anonymous donations were undermining the nation’s court system. He specifically targeted the Federalist Society, a conservative group which he alleges has worked to increase its own influence over the federal judiciary, especially regarding the Supreme Court.

The Rhode Island senator has long been a critic of “dark money,” a term that refers to political donations from groups that are exempt from having to disclose their donors. Whitehouse, like most politicians in both parties, has fundraised off dark money groups that support his respective beliefs.

“Courtrooms ought to be open places where you know who is present,” Whitehouse said Wednesday. “Not a place where powerful players can come masked, behind front groups, hiding both their own identity and their interconnections.”

Republicans, however, accused Democrats of doing exactly what they are accusing.

“It’s important to take a look at both sides,” said Louisiana Republican Sen. John Kennedy in his opening statement. “[The American people] know hypocrisy when they see it.”

Texas Sen. Ted Cruz said during the hearing that nearly all dark money organizations donated to Democrats, whose affiliated super PACs out-raised Republicans by hundreds of millions of dollars.

Whitehouse was endorsed by the League of Conservation Voters, which donated over $115 million to candidates throughout the 2020 election cycle. Whitehouse, like other Democratic candidates, fundraises through ActBlue, the liberal fundraising behemoth that serves as a middleman between donations from millions of liberal donors and the candidates to whom they donate. (RELATED: Democrats Hammer Dark Money While Ignoring Their Own Ties) 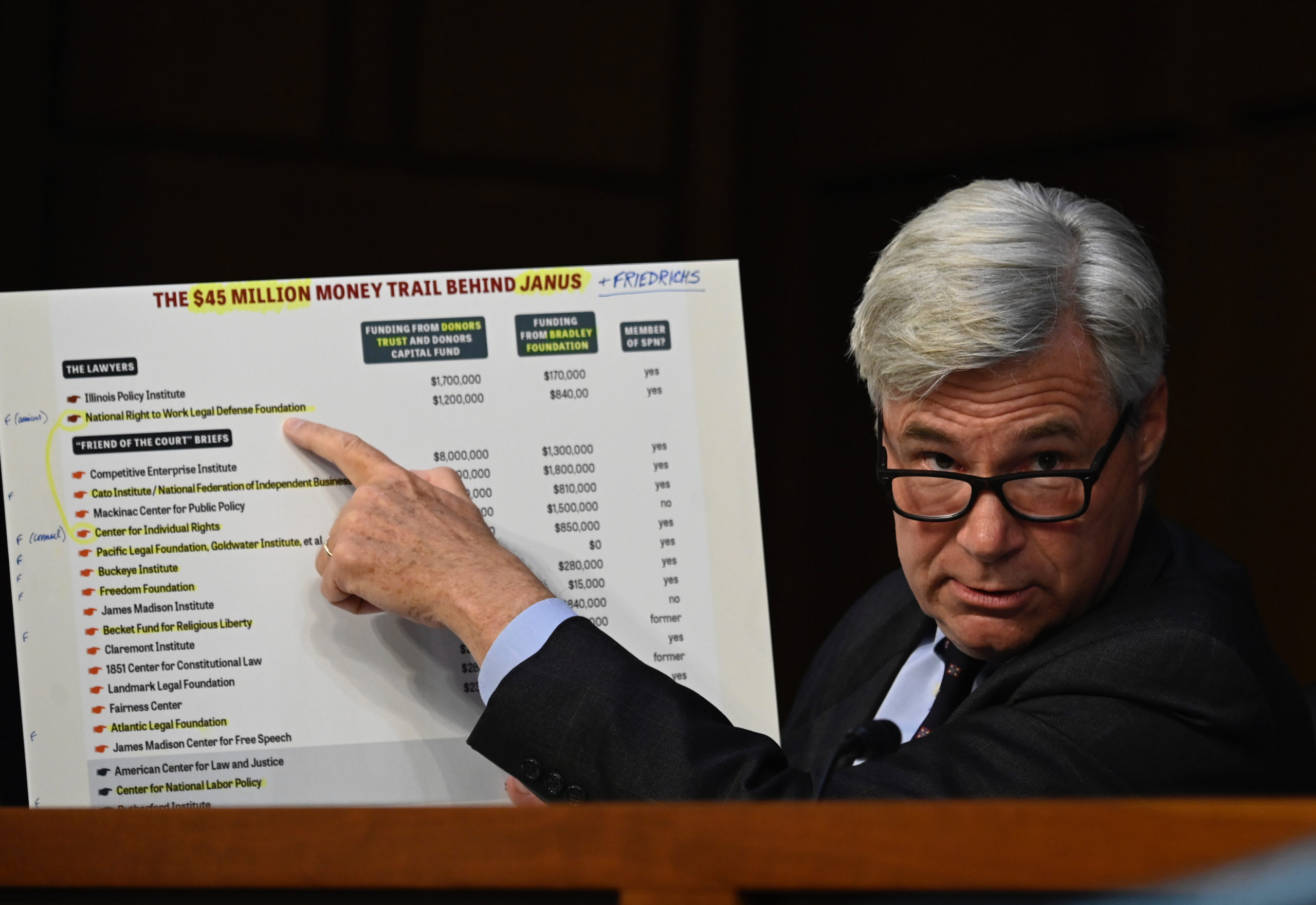 “My experience around politics is that when you find hypocrisy in the daylight, look for power in the shadows,” he said at the time.

In response to allegations of hypocrisy, Whitehouse told The Washington Times that all of his donations and funding is “fully disclosed as required by law,” and that he encouraged his critics to join him in the fight to outlaw dark money across the political spectrum.