As schools around the country approach one year of remote learning since the outbreak of the novel coronavirus, 79% of parents with K-12 children reported that they support in-person learning’s return, according to a Gallup survey released Thursday.

Republicans were almost entirely supportive of reopening schools, at 94%, in comparison to 80% of Independents and 62% of Democrats. 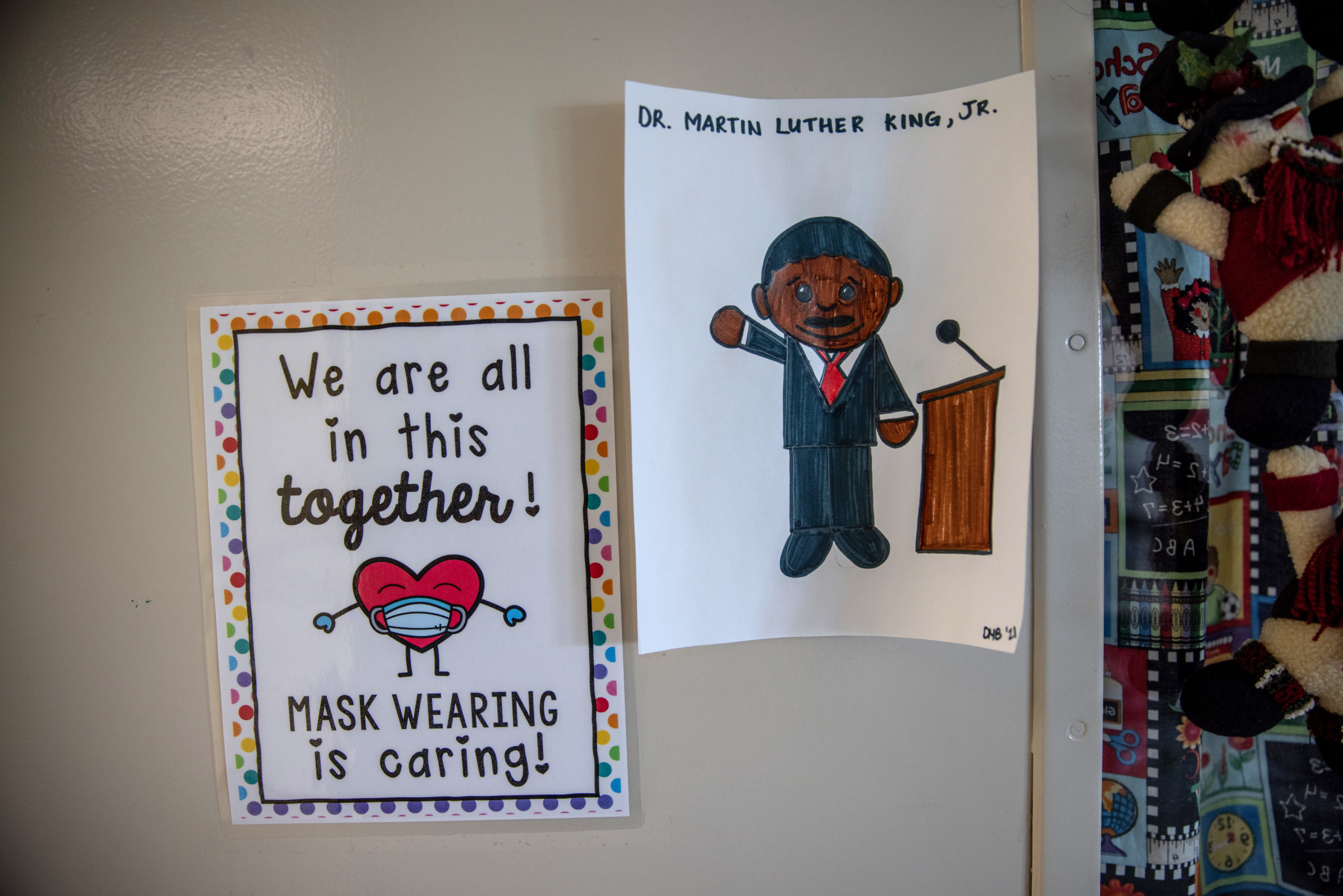 STAMFORD, CONNECTICUT – MARCH 10: Signs hang on a classroom door on the first day of in-person learning for five days per week at Stark Elementary School on March 10, 2021 in Stamford, Connecticut. (Photo by John Moore/Getty Images)

The results of the survey were based on self-administered web surveys conducted between Feb. 14-21, with a random sample of 860 adults who were Gallup Panel members and have children in kindergarten through grade 12.

President Joe Biden pledged to reopen a majority of K-8th grade schools within the first 100 days of his administration. Moreover, an additional $168 billion was expected to go toward K-12 schools and higher education as part of the $1.9 trillion stimulus package the House approved Wednesday.

Parents across the country have expressed their frustrations with local school districts that have yet to reopen for in-person instruction, or offer any clear timeline of when parents can expect to send their children back.

Teachers unions at many districts have delayed district reopening plans, and some demanded every teacher be vaccinated before returning to classrooms.

After defying the Chicago Public Schools’ plan for in-person classes to resume in January, the Chicago Teachers Union threatened to strike and refused to return unless teachers were vaccinated. A month later, the union reached an agreement with the district to reopen, but parents with high school students were given “little to no answers” about their child’s classes returning, the Chicago Sun-Times reported Wednesday. 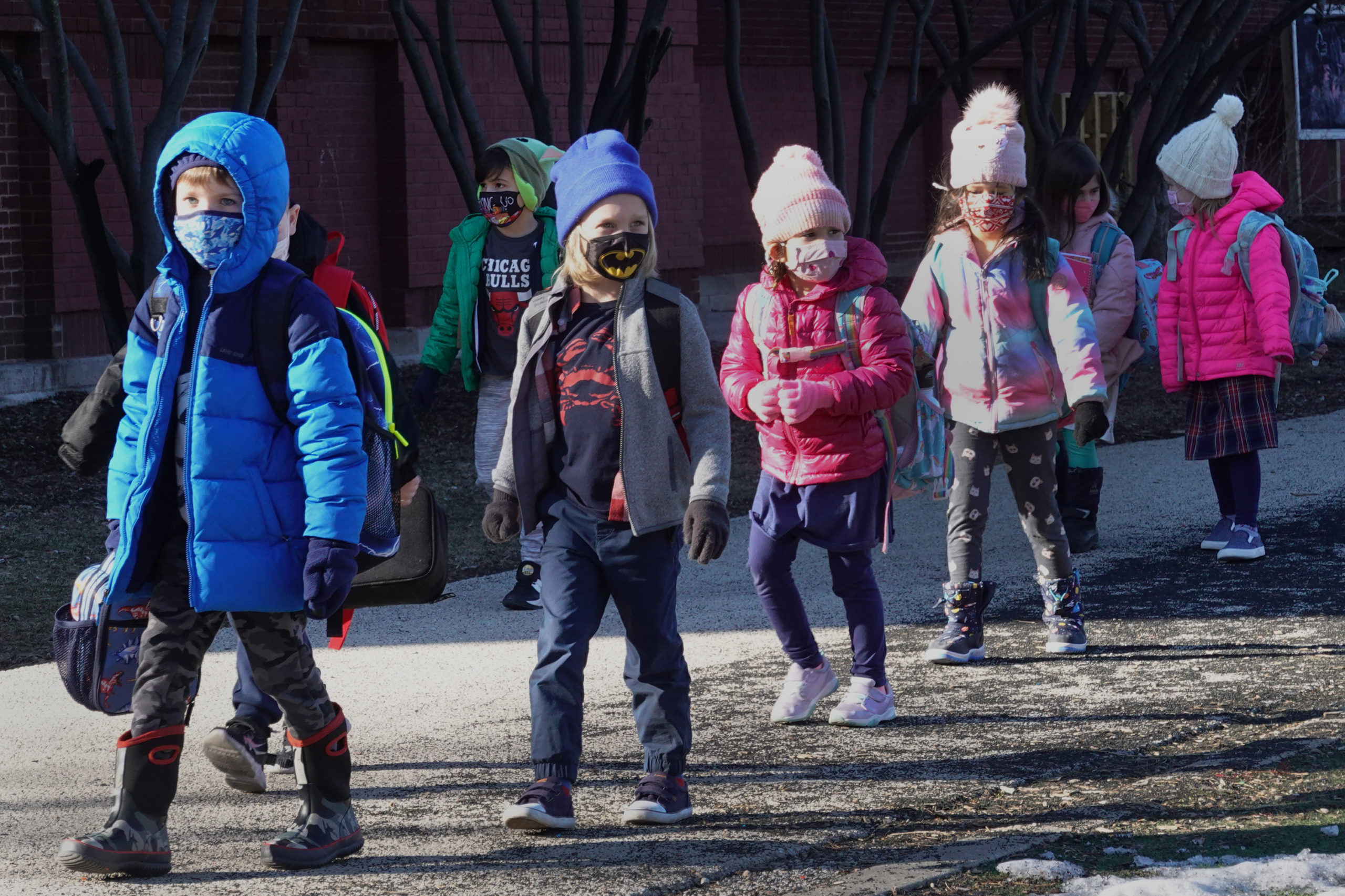 In California, San Francisco school officials announced in March that schools would begin reopening for preschool through second grade students in April, but the reopening plan would only include about 24 of the district’s 64 schools, SFist reported. San Francisco teachers unions reached a tentative agreement in February after the city announced its plans to sue the district to force it to reopen.

The plaintiff parents within the lawsuit described their children suffering meltdowns, depression, and other mental health problems which have been caused, at least in part, by the switch to remote learning. The lawsuit also cited data from nearby hospitals showing a surge in suicidal children, childhood eating disorders, and other mental health-related hospitalizations.

In early March, Latino mothers and their school-aged children protested and demanded their district to reopen schools. (RELATED: ‘It Has Been A Year Of Kids Suffering’: Latino Parents And Students Protest For San Francisco Schools To Reopen)

A similar school reopening demonstration was scheduled to take place in Los Angeles, where black parents planned to protest after a teachers union president claimed white, wealthy parents were behind the push to reopen schools.

Numerous other teachers unions and school officials have claimed that the push to reopen schools was influenced by white supremacy. A board member La Mesa-Spring Valley Schools in San Diego claimed that reopening schools for in-person instruction before teachers were vaccinated was “white supremacist ideology,” and told fellow board members to check their privilege when they discussed potential reopening dates.

Similarly, the teachers union in Chicago blamed the push to reopen schools on “sexism, racism, and misogyny” in a tweet which was later deleted.

Dr. Anthony Fauci, the nation’s leading infectious disease expert, said in a February interview with CBS that vaccinating every teacher before reopening schools was a “non-workable situation.”

The Centers for Disease Control and Prevention (CDC) also recommended a return to in-person instruction outside of cases of very high community transmission rates, and said that teachers do not need to be vaccinated for schools to reopen.