Google accused Microsoft of “naked corporate opportunism” in a blog post Friday, blasting the rival tech company for backing proposals that would force platforms like Google to pay publishers for content.

“Unfortunately, as competition in these areas intensifies, they are reverting to their familiar playbook of attacking rivals and lobbying for regulations that benefit their own interests,” Google’s senior vice president of global affairs Kent Walker said of Microsoft in the blog post.

“They are now making self-serving claims and are even willing to break the way the open web works in an effort to undercut a rival,” he added.

From international stories to community reporting, our news products help people find more high-quality journalism than ever before. Learn more about our commitment to news → https://t.co/kJuLQgQBGY pic.twitter.com/AusVGrXqU2

In his written testimony before appearing at a House Judiciary subcommittee hearing on antitrust issues Friday morning, Smith accused Google of monetizing traffic to news outlets and squeezing out profits. He cited a Pew Research Center study in 2019 that found newspaper publishers’ advertising revenue had fallen from $49.4 billion in 2005 to $14.3 billion in 2018.

Google’s advertising revenue, on the other hand, had ballooned from $6.1 billion to $116 billion in the same time period, according to Forbes. “This is not a coincidence,” Smith said.

The two tech giants also butted heads over the issue after Smith wrote a blog post in February urging the federal government to pass laws requiring tech giants to pay publishers. Such laws would be similar to a recent proposal in Australia, which Google and Facebook staunchly criticized, with Facebook briefly banning Australian news content on its site. (RELATED: News Outlets In Australia Struggle With Traffic After Facebook Ban)

Google even threatened to shut down its search engine in Australia over the proposed move, The Wall Street Journal reported. Microsoft offered its less popular search engine Bing as an alternative, saying of Australia’s proposed law, “we are prepared to sign up.”

Walker also argued in Friday’s blog post that Microsoft was attempting to get a leg up over Google just months after the SolarWinds hack in which “Microsoft vulnerabilities” played a part. The cyberattack affected multiple government agencies, corporations and, according to Walker, “presumably, news organizations.” 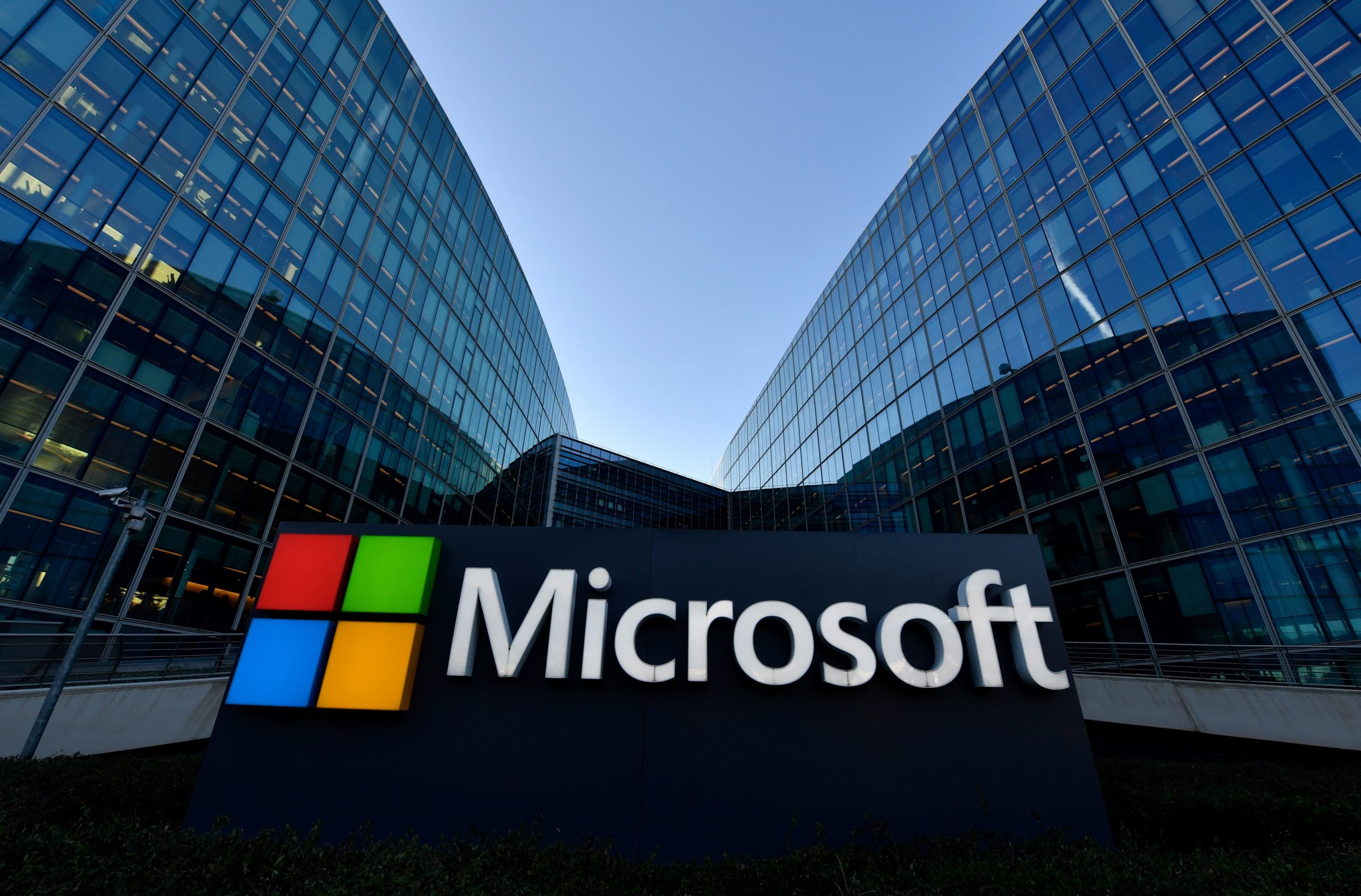 “Microsoft was warned about the vulnerabilities in their system, knew they were being exploited, and are now doing damage control while their customers scramble to pick up the pieces from what has been dubbed the Great Email Robbery,” he said.

A bipartisan group of lawmakers introduced legislation Wednesday that would allow publishers to negotiate with tech platforms that distribute their content, particularly news media.

The Justice Department filed an antitrust lawsuit against Google in October 2020, alleging the tech giant was harnessing its internet gatekeeper role to stifle competition and hurt publishers.