The U.S. Department of Justice (DOJ) anticipates filing at least 100 more cases against individuals involved in the Jan. 6 capitol riots, according to a court filing.

Federal prosecutors made this disclosure Friday in a court filing in which they requested a 60-day delay in a number of cases involving the capital attack.

“Over 300 individuals have been charged in connection with the Capitol Attack. The investigation continues and the government expects that at least one hundred additional individuals will be charged,” DOJ officials wrote.

Prosecutors also wrote about the extend of the investigation, saying that its likely “the most complex investigation ever prosecuted by the Department of Justice” and “one of the largest [investigations] in American history, both in terms of the number of defendants prosecuted and the nature and volume of the evidence.” 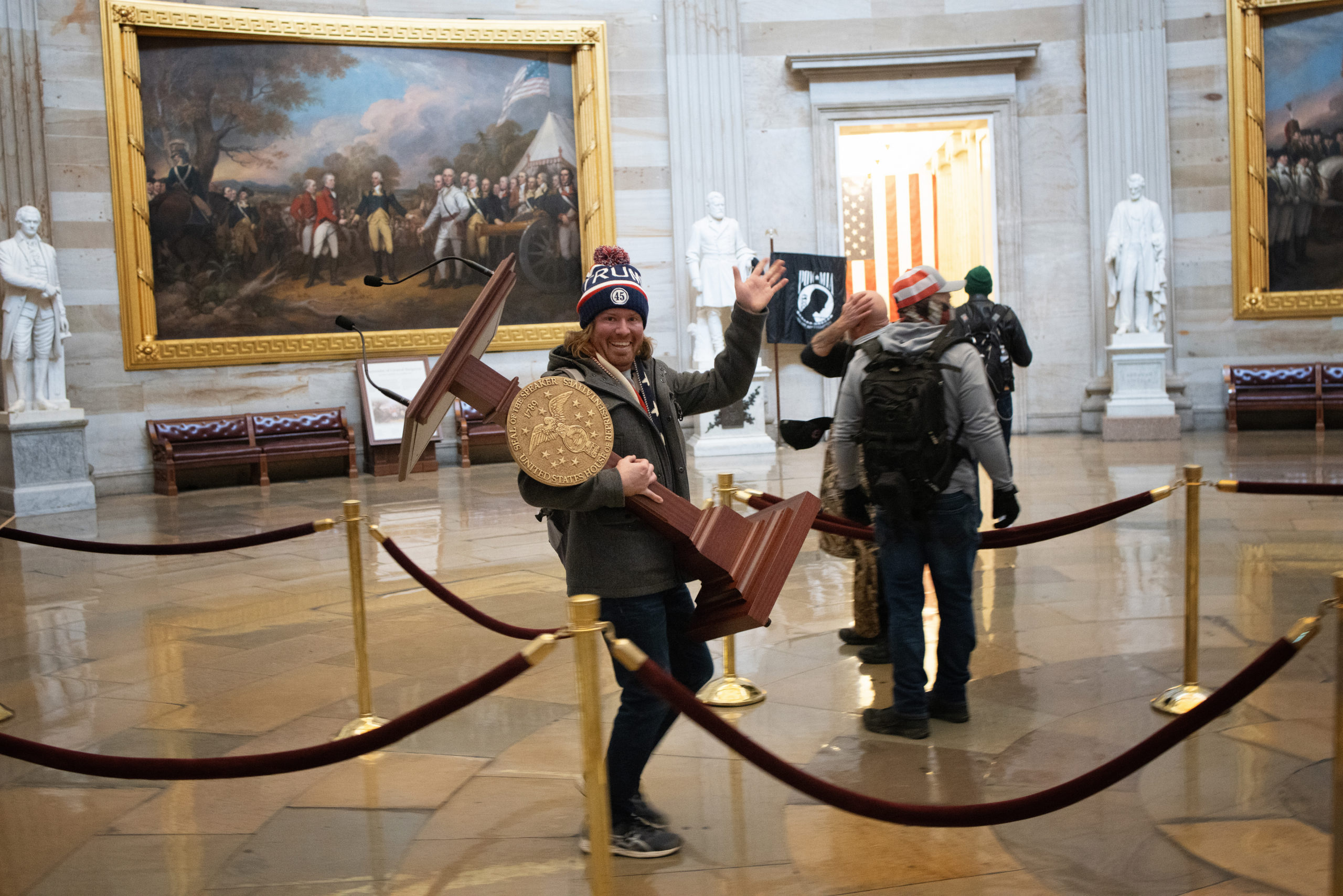 WASHINGTON, DC – JANUARY 06: A pro-Trump protester carries the lectern of U.S. Speaker of the House Nancy Pelosi through the Roturnda of the U.S. Capitol Building after a pro-Trump mob stormed the building on January 06, 2021 in Washington, DC. (Photo by Win McNamee/Getty Images)

At least 14 law enforcement agencies are involved in the response to the attack, and over 900 search warrants have been issued across the country, according to the DOJ filing. Evidence being reviewed by the prosecutors includes over 15,000 hours of surveillance and body-worn camera footage from approximately 1,600 electronic devices. Prosecutors also wrote that the Justice Department has received over 210,000 tips over the course of its investigation.

Capitol Police officer Brian Sicknick died from injuries sustained in the riot. The National Guard has been in Washington D.C. for over 50 days following the riot, and the Pentagon announced Tuesday that they prepared to extend the National Guard presence for additional two months. (RELATED: Five People Died In The Capitol Riot. Here’s What We Know About Them)