A researcher for the Human Rights Watch insisted that there is not a crisis at the southern border despite an increase in apprehensions and an overwhelming number of migrants remaining in custody for long periods of time.

Customs and Border Protection officials are encountering a record number of migrants arriving at the southern border not seen since March 2019 when officials saw an increase in apprehensions of family units, The New York Times reported. The main problem isn’t the number of border crossings, but how the Obama administration focused on detaining families instead of allocating resources towards processing unaccompanied children, Human Rights Watch U.S. Border Researcher Ariana Sawyer told the DCNF.

“If we want to talk about a surge, we should surge resources to the border and to processing so kids get to their loved ones as quickly as possible and out of detention,” Sawyer told the DCNF. 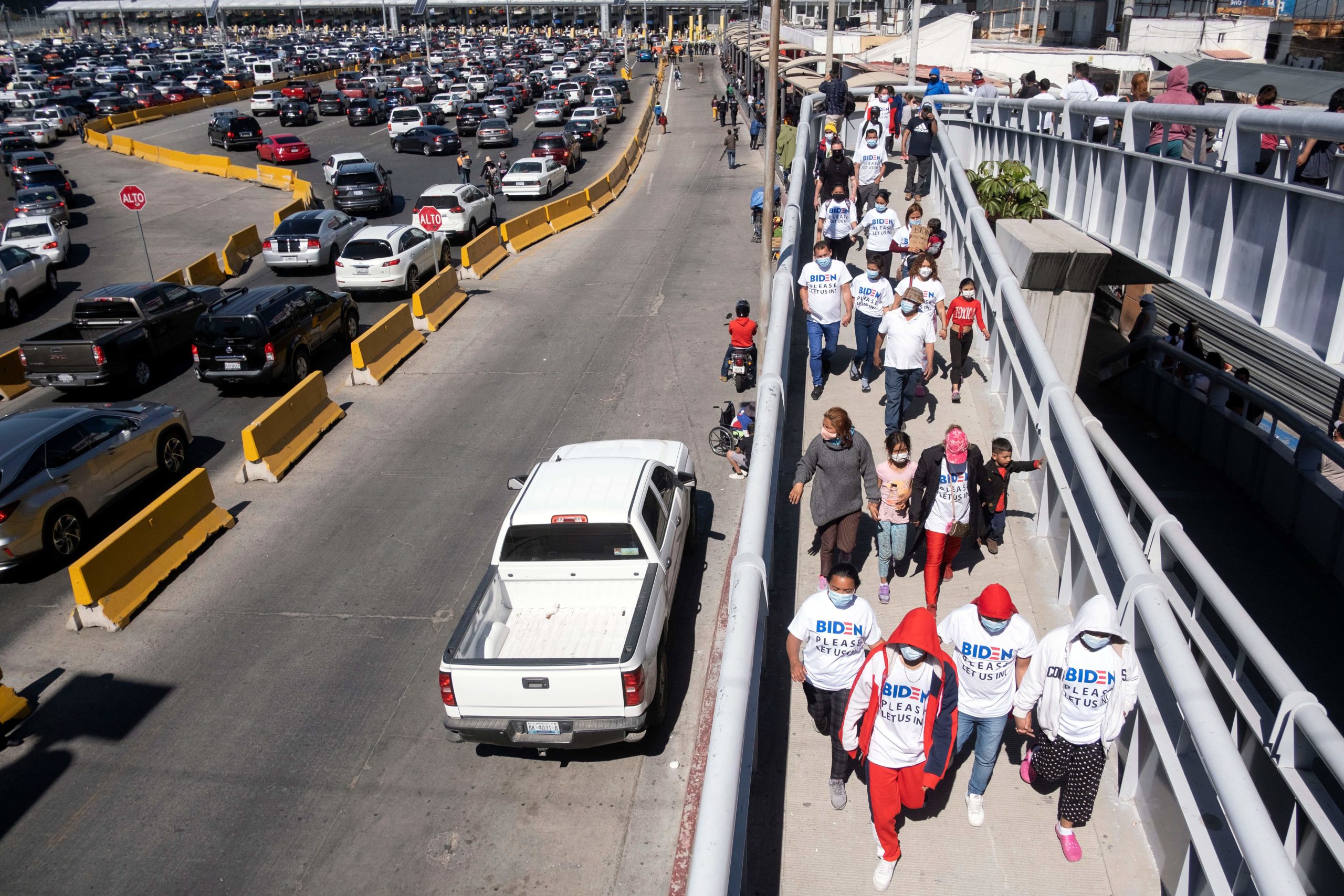 The Biden administration needs to provide more resources to the border including doctors, social workers and people trained to respond to trauma, Sawyer told the DCNF. Non-governmental organizations need more funding to operate respite centers to alleviate the number of migrants held at CBP detention facilities, she added.

“What we are talking about is risk mitigation and we have to recognize that COVID-19 is not the only risk here [in CBP Custody] for UAC’s [unaccompanied alien children],” Sawyer told the DCNF. She said that CBP under the Trump administration intentionally held families and children over the legal limit to punish them and send a message to other migrants not to come to the border.

“I think the federal government just needs to really focus on providing HHS with the resources that they need to reunite children with their caregivers and their families as quickly as possible so that they have more space,” Sawyer told the DCNF. “We know from those organizations that it only takes a matter of days to conduct the necessary screening to make sure that those children are going to a real family member or caregiver.”

She said unaccompanied children frequently report instances of medical neglect sometimes leading to death in CBP custody, so it is better for them to be in an HHS facility with other UAC’s than a CBP facility meant for holding adults. Border officials encountered an increasing number of unaccompanied minors after the 2020 presidential election before President Joe Biden took office despite the likelihood they would be denied entry under Title 42, former Acting CBP Commissioner Mark Morgan told the DCNF. 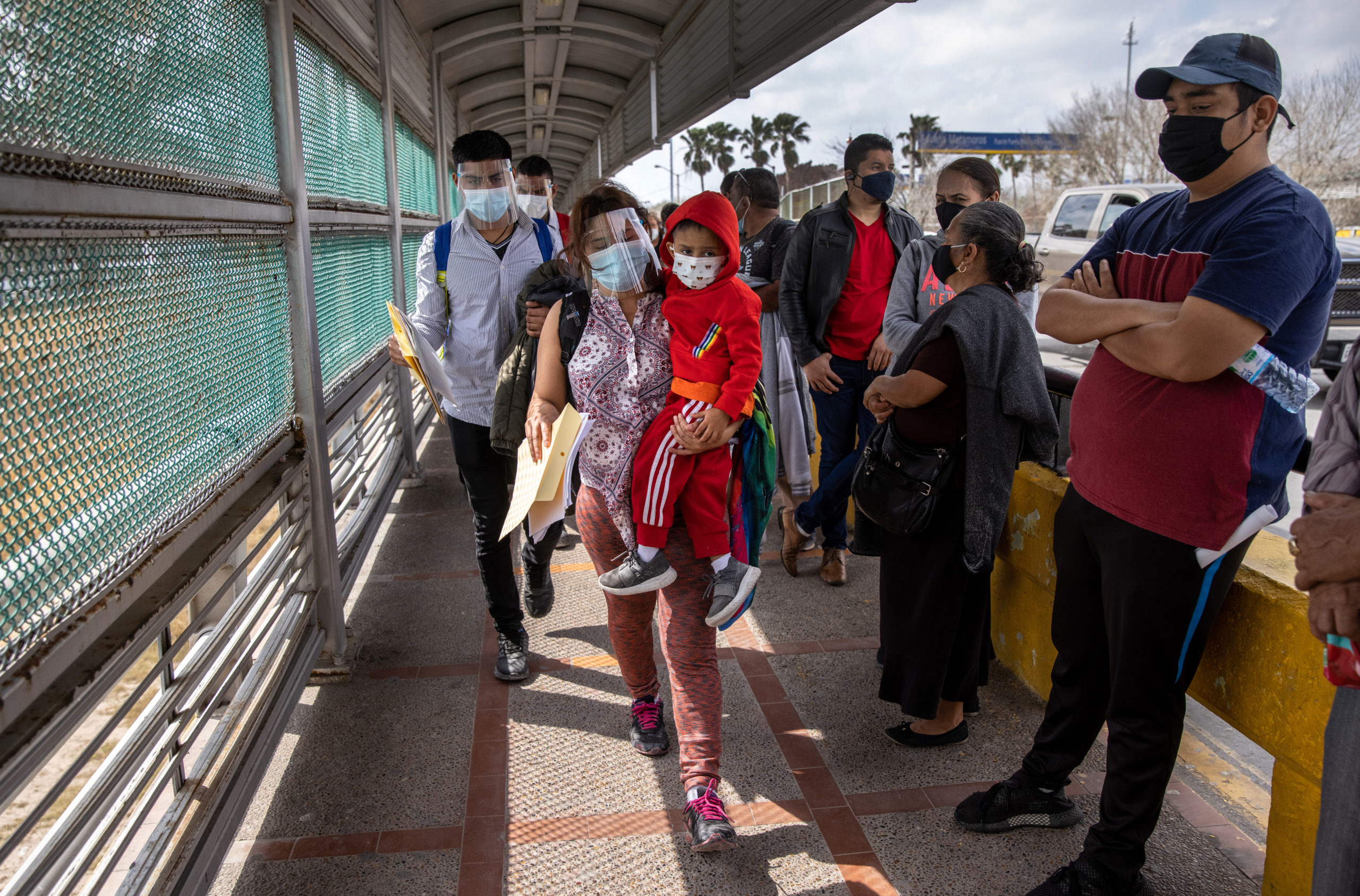 A Honduran mother carries her son, 4, across the U.S.-Mexico border as part of a group of at least 25 asylum seekers who where were allowed to travel from a migrant camp in Mexico into the United States on February 25, 2021 in Matamoros, Mexico. (John Moore/Getty Images)

The Biden administration paused certain expulsions for unaccompanied minors, though the order known as Title 42 still allows law enforcement to “expel” most migrants back to Mexico if they are deemed a public health threat, The Washington Post reported. (RELATED: Border Patrol Apprehensions Of Migrant Children Skyrocketed In February)

Sawyer recommended refraining from relying on private detention facilities because they are less transparent and “don’t have anything to gain from keeping children in custody for longer periods of time.” She said the Biden administration should prioritize processing and vetting sponsors who could take custody of the unaccompanied minors as their claims are processed.

Over 100,000 illegal immigrants were encountered at the southern border in February, including nearly. 9,500 unaccompanied minors, according to CBP.