Larry Schwartz, who served as secretary to the governor and as a board member on the Metro Transit Authority (MTA), called multiple county executives to determine their level of support for the embattled Cuomo, he admitted to the Washington Post.

One county executive filed an ethics complaint over the call, but Schwartz denies wrongdoing.

“At best, it was inappropriate. At worst, it was clearly over the ethical line,” said the Democratic official who filed the complaint.

The official told the Washington Post that he preferred to remain anonymous due to Cuomo’s record of retaliating against his political opponents. Cuomo threatened to “destroy” Democratic Queens Assemblyman Ron Kim after he accused Cuomo of obstructing justice over the governor’s cover-up of COVID-19 nursing home deaths. (RELATED: ‘The Bullying Is Nothing New’: De Blasio Says Reports Of Threats And Demands Are ‘Classic Andrew Cuomo’)

Schwartz admitted making the calls to the Post, but denied wrongdoing.

“I have always conducted myself in a manner commensurate to a high ethical standard,” he told the Post.

Schwartz is serving as head of vaccine distribution in a volunteer capacity, so he is not bound by state ethics requirements. Cuomo issued an executive order on March 18, 2020 that exempts volunteers from ethics requirements that prohibit an “attempt to use his or her official position to secure unwarranted privileges or exemptions for himself or herself or others.” 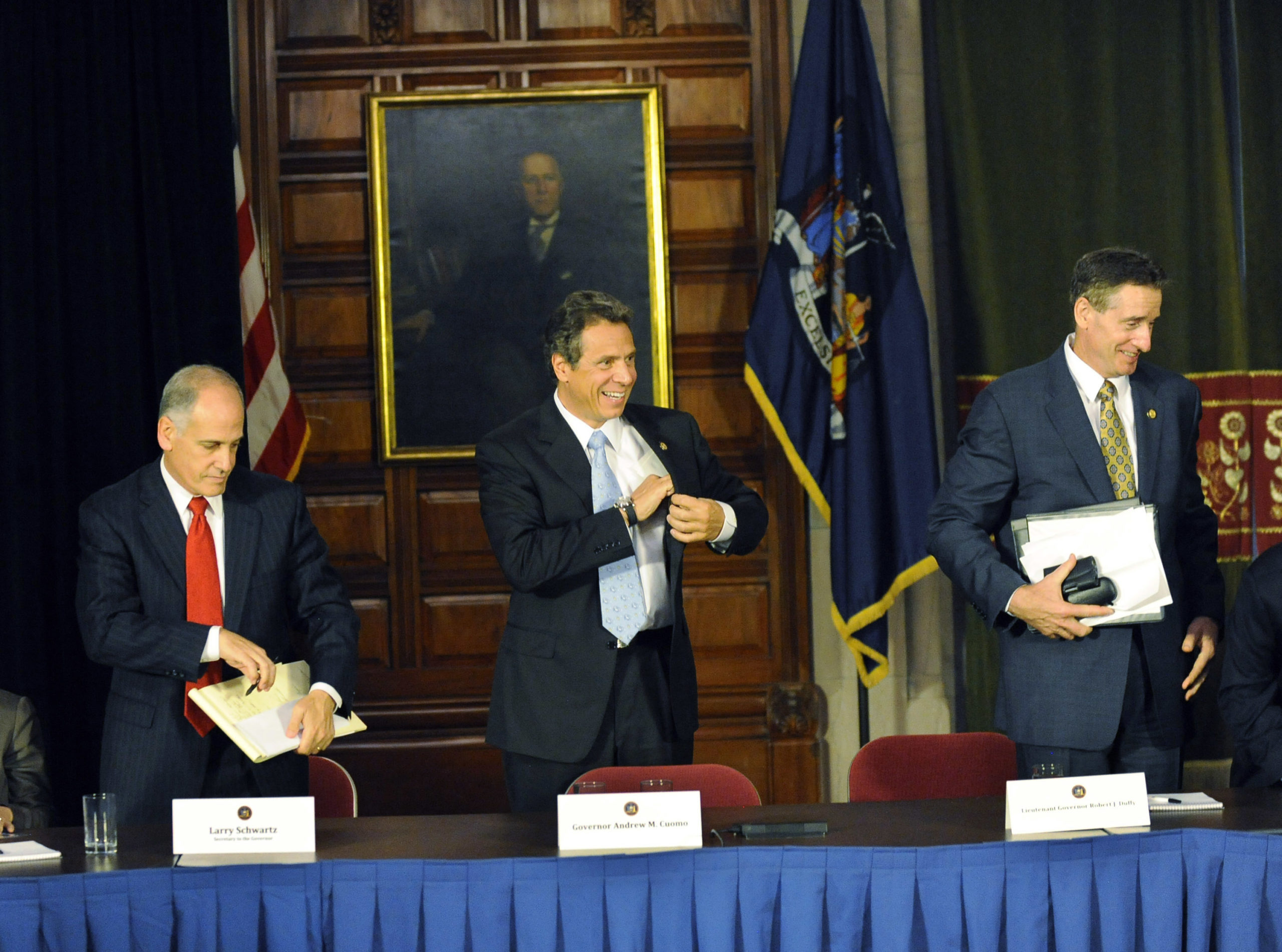 Arthur Caplan, director of medical ethics at the NYU Grossman School of Medicine, criticized the call.

“If you are in control of a vital supply of a life-saving resource like vaccines, you are carrying an enormous amount of implicit clout when you ask for political allegiance. And you shouldn’t be doing that anyway,” he said to the Post.

Seven women, five of whom are current or former employees of the state government, have accused Cuomo of sexual misconduct.

The Albany Police Department is investigating accusations against Cuomo of an alleged incident that took place at the Governor’s Mansion and may have risen “to the level of a crime.”

Sens. Chuck Schumer and Kirsten Gillibrand have called for Cuomo to resign over the allegations, as have 13 of New York’s 19 House Democrats. The New York State Legislature is conducting an impeachment investigation into Cuomo.