Russian opposition leader Alexei Nalvany said he is being kept in “a real concentration camp” in a Facebook post on Monday.

“I have to admit that the Russian prison system could surprise me,” Nalvany’s post reads, translated by Facebook from Russian to English. “I didn’t realize that you could organize a real concentration camp [62.1 miles] from Moscow.”

The United States Holocaust Memorial Museum defines a concentration camp as a place where prisoners are confined without fair judicial processing, and they are typically subjected to harsh treatment and conditions.

Nalvany was charged with violating parole from a 2014 court case as soon as he returned to Russia.

Nalvany’s exact location has been hard to pinpoint, but his legal team said he was taken from a Russian detention facility to an undisclosed location, Reuters reported Friday. Nalvany was removed from a Moscow jail in February after a quarantine stint to serve the rest of his 2 1/2-year prison sentence at the IK-2 penal colony, according to the report.

“I haven’t seen any violence or even a hint of it yet, although on the tense convicts, standing tight and afraid to turn their heads once again, I easily believe numerous stories that here in IR-2 ‘Pokrov,’ at all Recently, people were hit with wooden hammers to half-death. Now the methods have changed, and honestly, I won’t even remember places where everyone talks so politely and in a sense welcoming.” 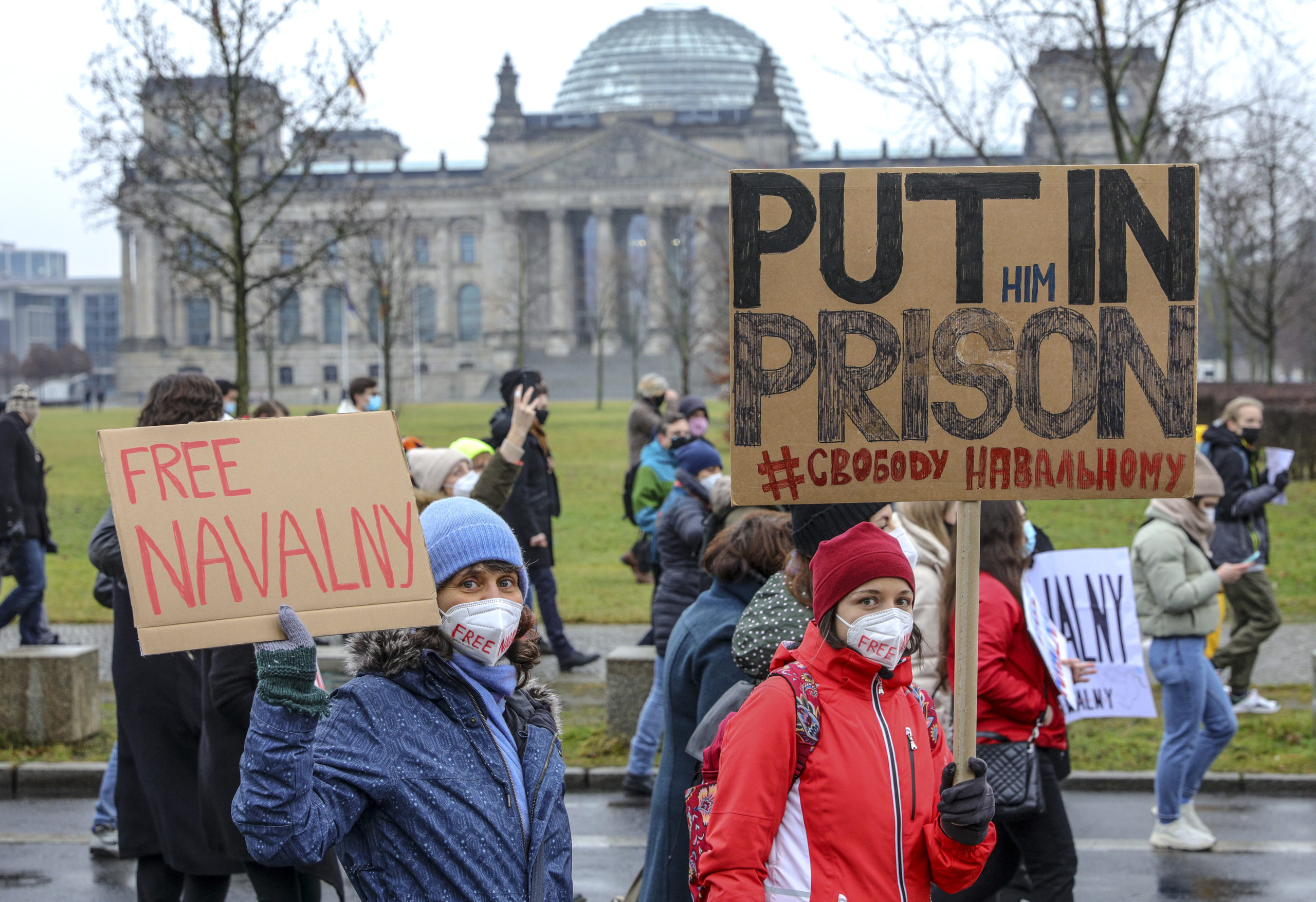 BERLIN, GERMANY – JAN. 23: Some 2500 supporters of Russian opposition politician Alexei Navalny marched in protest demand for his release from prison in Moscow on Jan. 23, 2021 in Berlin, Germany. (Omer Messinger/Getty Images)

Nalvany said he’s being forced to comply with “endless rules” and that profanities are prohibited and the ban is strictly enforced. He also noted that the place is covered with video cameras and is constantly under surveillance.

“I think someone upstairs read Orwell’s 1984 and said: ‘Yeah, that’s cool. Let’s do this. Education through reconstruction’.”

Nalvany said that despite the conditions, he’s fine and taking each day with a little bit of humor.

Nalvany was arrested in January after he returned to Russia from Germany, where he was recovering from nerve agent poisoning. Russia President Vladimir Putin denied any involvement in the poisoning, saying that had he been involved, Nalvany would have actually died.