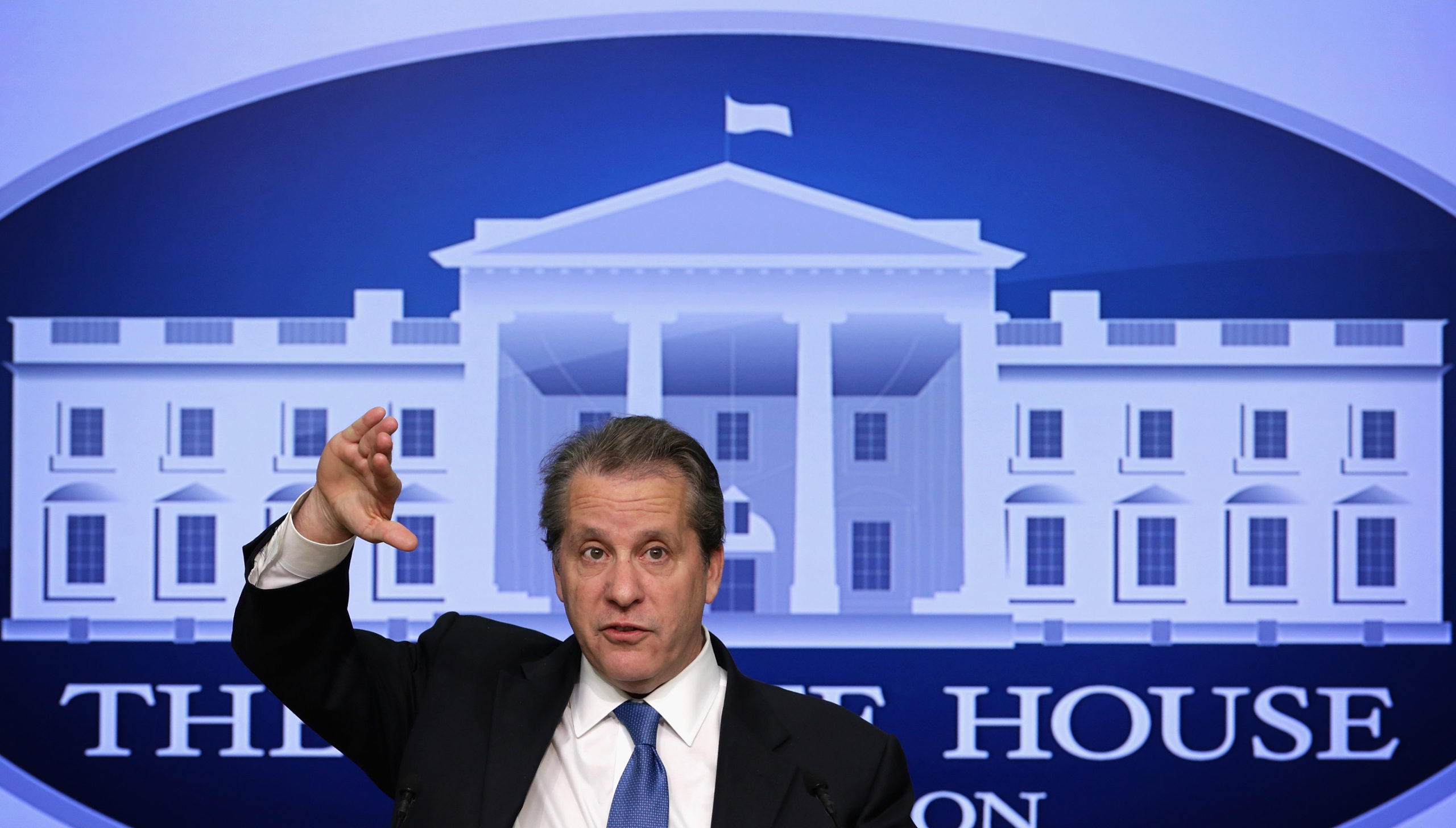 WASHINGTON, DC – FEBRUARY 20: Director of the National Economic Council Gene Sperling speaks during an event on the patent system February 20, 2014 at the South Court Auditorium of the Eisenhower Executive Office Building in Washington, DC. (Photo by Alex Wong/Getty Images)

“Gene has spent more than a decade at the highest level of government, including as senior treasury official and as the only person to serve as [National Economic Council] director twice,” Psaki said of the former Obama and Clinton administration economic adviser. “There are a number of economic officials who will be playing roles on implementation. So he has especially an interesting and relevant background in helping pull all those levers.”

She added that Sperling will work with the “heads of White House policy councils and key leaders at federal agencies so we can get funds out the door quickly maximize its impact, accelerate the work that the administration is doing to crush COVID and rescue our economy.”

Later in the briefing, Psaki added that Sperling, who currently lives in California, will telework for the immediate future before relocating to Washington, D.C.

Politico reported Sunday night on Sperling’s selection and how he has clashed with the progressive wing of the Democratic Party on budgetary matters.