Hundreds of flights were cancelled in China as a result of the worst sandstorm in 10 years that engulfed Beijing and parts of northern China on Monday, The Associated Press reported.

Traffic was jammed and over 400 flights were cancelled from Beijing’s two primary airports due to high winds and low visibility, the AP reported. Skyscrapers located in central Beijing were hard to spot as the sand and dust engulfed the area. (RELATED: Trump: ‘If I Don’t Win The Election, China Will Own The United States’)

The storm originated in the Inner Mongolia Region’s Gobi Desert, the National Meteorological Center said, according to the AP. Schools in that area were recommended to close and buses were bolstered in order to limit the locals’ contact to the storm.

The National Meteorological Center predicted 12 of China’s provinces would be hit with the sandstorm as well as China’s Xinjiang in the northeast and Tianjin city, the AP reported.

“This is the most intense sandstorm weather our country has seen in 10 years, as well as it covering the broadest area,” The National Meteorological said on their website, according to the AP.

Sandstorms in the past normally hit during the spring and sand out of western deserts and would spread to the east, reaching as far as the north of Japan, the AP reported. 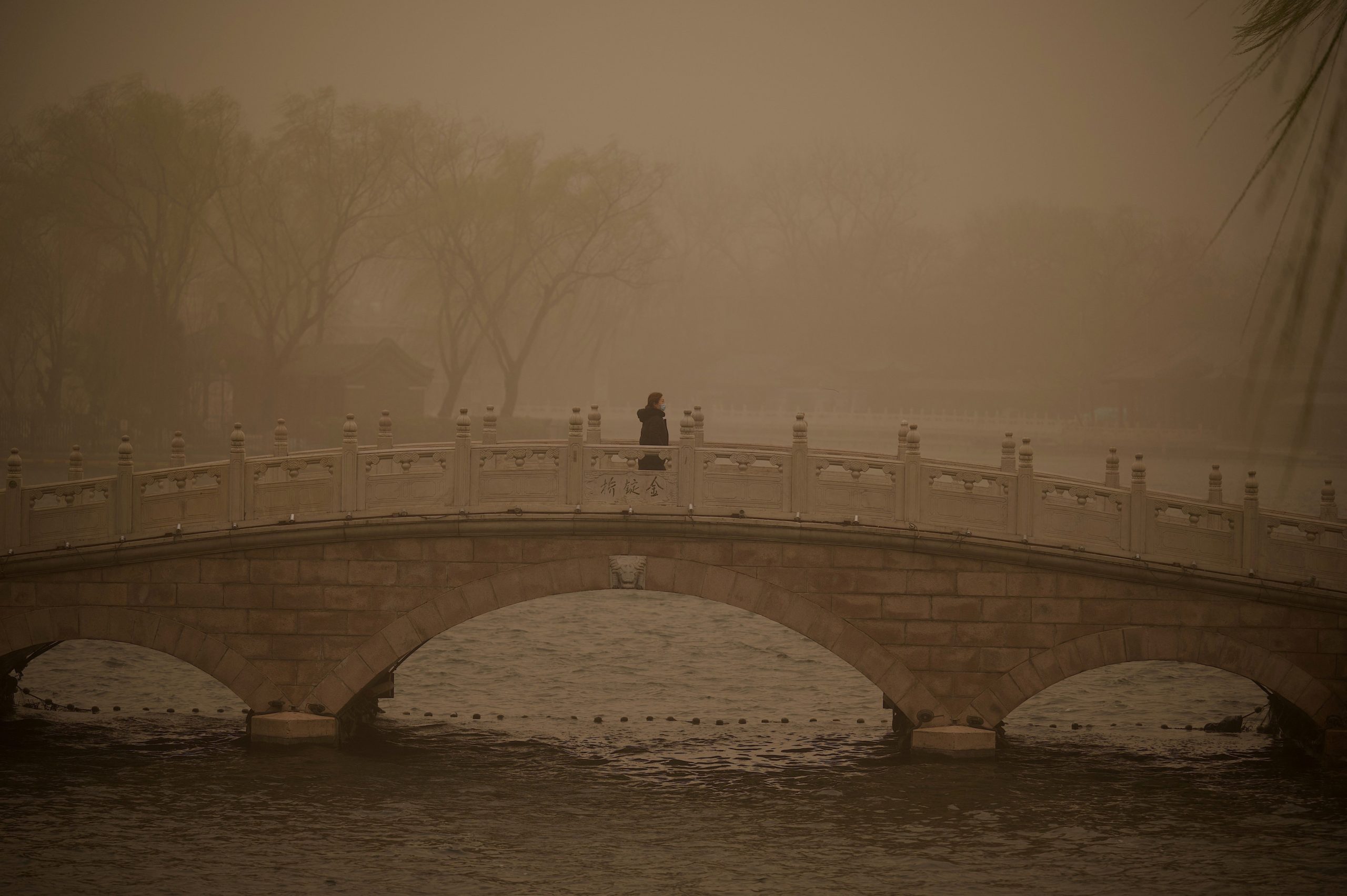 A woman crosses a bridge at Houhai lake during a sandstorm in Beijing on March 15, 2021. (Photo by Noel Celis / AFP) (Photo by NOEL CELIS/AFP via Getty Images) 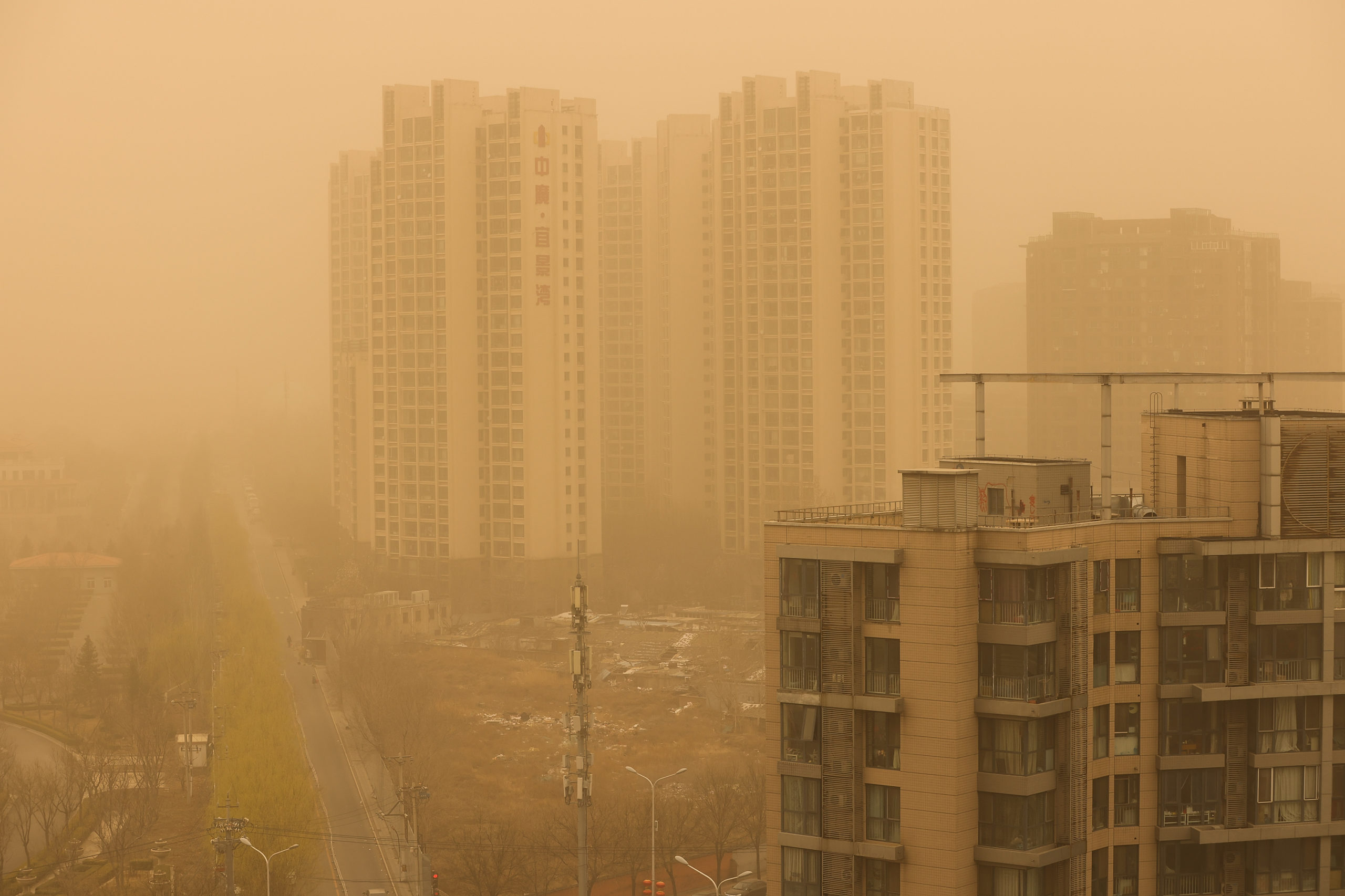 BEIJING, CHINA – MARCH 15: Buildings are seen during a sandstorm on March 15, 2021 in Beijing, China. (Photo by Getty Images)

Zhou Jinfeng, secretary general of the conservation group China Biodiversity Conservation and Green Development Foundation, compared the latest sandstorm to the coronavirus, saying, “Together with the pandemic, that’s another big lesson we should take and we should change our behavior.”

Although there have been attempts to lower the amount of the capital’s smog, it’s unclear whether the sandstorm is connected to the overall decrease in air quality, the AP reported. The Chinese Communist Party promised to lower 18% of carbon emissions for every economic output unit in the course of five years.

China is first in the world in climate-changing gas emissions due to heavy uses of coal, the AP reported. Environmentalists say the country has to limit its reliance on coal.