A focus group of vaccine-skeptical Republicans criticized Dr. Anthony Fauci and politicians telling them that they should receive COVID-19 vaccines.

The focus group, assembled Saturday by pollster Frank Luntz, expressed concerns about the politicization of the coronavirus pandemic, noting conflicting guidance and messaging regarding social distancing, lockdowns and masks. All 19 of the participants ultimately changed their minds on the vaccine over the course of the focus group, according to the Washington Post.

About half of GOP voters tell pollsters they don’t want vaccine.

But after two-hour focus group with @FrankLuntz, many hardcore Trump voters changed their mind.

I watched them go from no to yes. Here’s how @DrTomFrieden, @GovChristie and others did it. https://t.co/DdiPrSniMK

One focus group participant, a former pharmacist for Merck, expressed worry about the government’s response to the pandemic, not the pharmaceutical companies’ production of vaccines.

“I know their vaccines are good products, I trust them,” she said. “What I don’t trust is the government telling me what I need to do when they haven’t led us down the right road.”

Fauci said on CNN in Feb. 2021 that masks might be worn into 2022, despite the fact that he told 60 Minutes in March 2020 that masks were unnecessary for average Americans. A greater concern for Fauci was a run on masks that “could lead to a shortage of masks for the people who really need it.” (RELATED: Facemasks Won’t Protect From Coronavirus, Says CDC And WHO)

Fauci later admitted to the New York Times that he has not been completely honest about his views on vaccinations and herd immunity. He expressed concern “that the country is [not] ready to hear what he really thinks” about those numbers in a December interview, so he gradually revised them upwards. 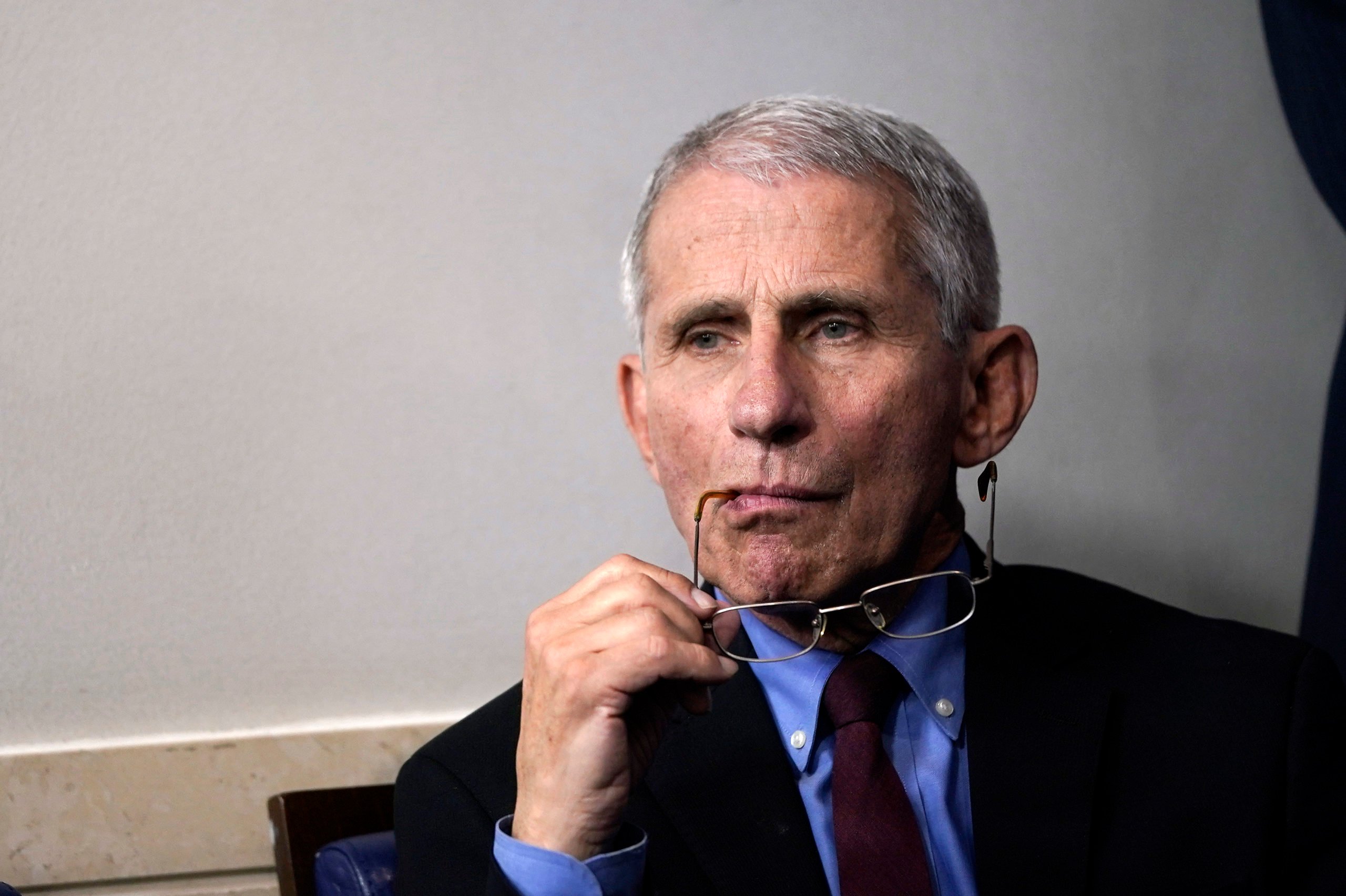 The focus group members responded well to Dr. Tom Frieden, the head of the Center for Disease Control and Prevention (CDC) under former President Barack Obama. Frieden noted that vaccines for the coronavirus and similar illnesses have been under development for more than 20 years, but “he’s just honest with us and telling us, nothing is 100 percent here, people.” Frieden’s explanation that “the long-term impacts of COVID could be, [or] are worse than the impacts of the vaccine” also swayed focus group members.

Luntz expressed surprise that the members were not interested in a PSA featuring Trump, since they all supported him. “Nothing would have a greater impact than a Donald Trump PSA,” he told the Washington Post before conducting the focus group. However, his research showed that “those people are beginning to move on.”

All 19 individuals described themselves as more likely to get a vaccine after participating in the focus group. “My opinion has changed. Before I would have said I was in the middle of the fence on whether or not I would get the vaccination… I probably went from a five out of ten to a seven out of ten,” one participant said.

“I would say I was probably 80% against when we started today, but now I’m 50-50ish,” another participant added.