But Biden had previously pledged ahead of January’s Georgia Senate runoff elections that $2,000 stimulus checks would “go out the door immediately” if Democrats took control of the Senate. Not only have Democrats — who control the White House and Congress — offered only $1,400 in direct cash payments instead, but the move comes nearly two months after Biden took office.

Joe Biden in Georgia the day before the Senate runoff:

$2,000 stimulus checks would “go out the door immediately.” pic.twitter.com/NTBI698NcE

It seems as though Biden and the Democrats have had their hands full with other priorities, however. Here are four things they did in the last two months instead of giving American stimulus checks “immediately,” as promised.

The strikes occurred near Syria’s border with Iraq and were conducted in retaliation to recent rocket attacks against U.S. assets in the region. Iran-backed militias have fired rockets at the U.S. embassy in Baghdad and a U.S. military base in Iraq in recent weeks.

“The operation sends an unambiguous message: President Biden will act to protect American and Coalition personnel. At the same time, we have acted in a deliberate manner that aims to de-escalate the overall situation in both eastern Syria and Iraq,” the Defense Department stated.

Pentagon press secretary John Kirby told reporters during a March 1 press briefing that the airstrikes resulted in one militant’s death while two others were injured. The Iran-backed Hezbollah Brigade had used the targeted facilities to transport weapons, personnel and other supplies from Syria into neighboring Iraq.

Biden reportedly called off a second airstrike in Syria after a woman and several children were seen at the target site. Some progressives like California Rep. Ro Khanna slammed Biden for ordering the airstrikes, though most Democrats seemed to offer muted responses. (RELATED: Old Tweets From Democrats Slamming Trump Resurface After Syria Airstrike)

The Biden administration has been blamed by Republicans and even some Democrats for fueling a border crisis. White House press secretary Jen Psaki has avoided saying if the situation at the U.S. southern border constituted a crisis and skirted around questions about the administration’s position during a White House press briefing last week.

Immigration authorities have requested additional resources amid a continued surge in border crossings. Customs and Border Patrol (CBP) said early in March that the agency encountered more than 100,000 illegal immigrants in February alone. 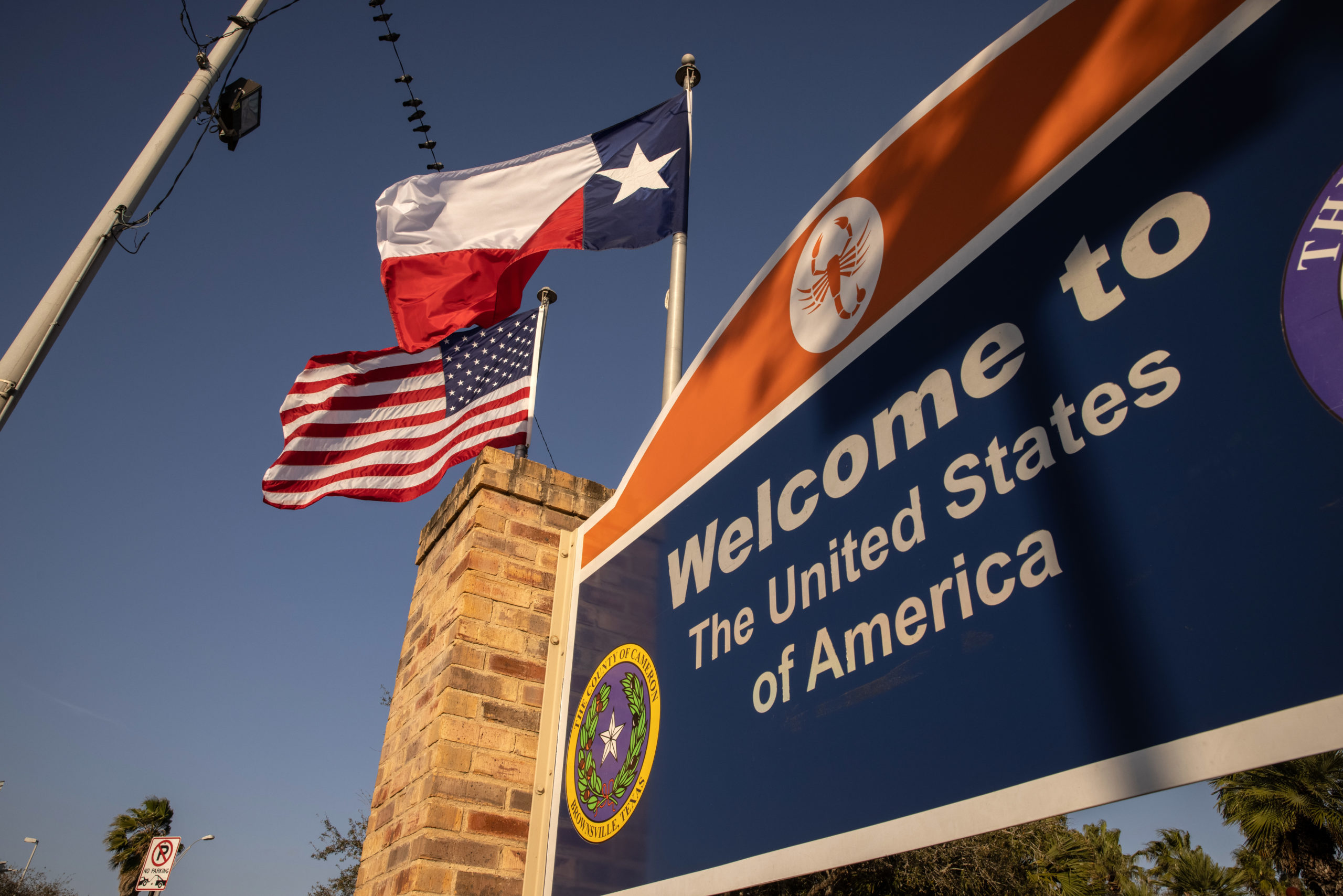 The U.S. and Texas flags fly near the U.S.-Mexico border on Feb. 24, 2021 in Brownsville, Texas (John Moore/Getty Images)

House Republicans have called on Biden to take responsibility for the border crisis, blaming his policies for the surge in border crossings. Republican Missouri Sen. Josh Hawley called for an emergency congressional hearing on the administration’s border policy.

Homeland Security Secretary Alejandro Mayorkas on Saturday directed the Federal Emergency Management Agency (FEMA) to help receive and transfer unaccompanied minors. Mayorkas, however, has also avoided referring to the situation as a crisis.

Biden signed an executive order Jan. 20 canceling a cross-border permit for the Keystone XL pipeline, a move that effectively ended the controversial project after years of legal limbo.

Major trade unions, including those that endorsed Biden during the election, expressed disappointment with his executive order. Laborers’ International Union of North American president Terry O’Sullivan said in a statement Jan. 20 that the move would kill 1,000 current union jobs and 10,000 future jobs. 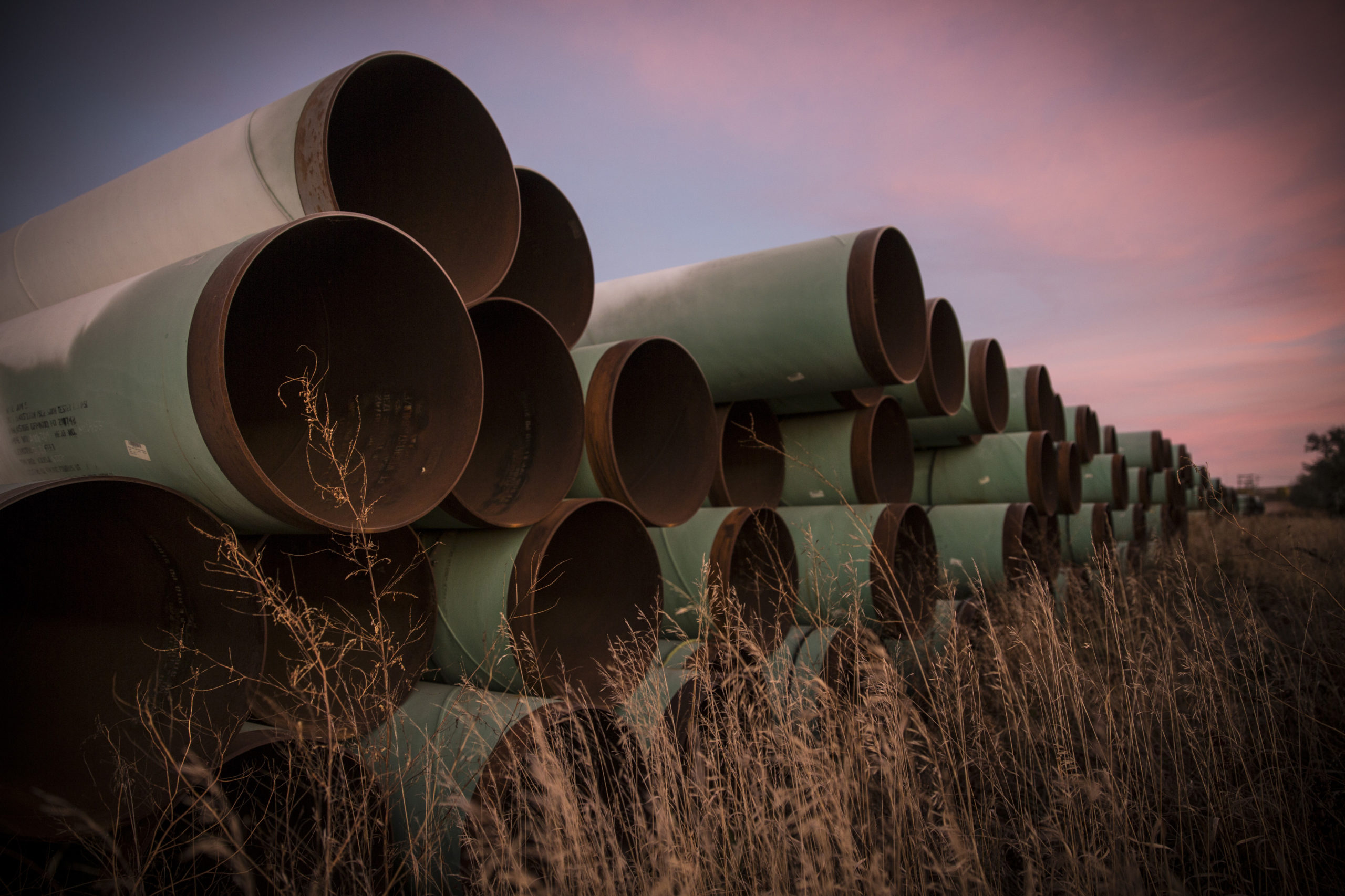 Laid off Keystone XL pipeline workers expressed frustration about the project’s cancellation as well, with one worker saying the Biden administration was “trying to crush [their] future.”

Republican lawmakers and a handful of Democrats like West Virginia Sen. Joe Manchin were highly critical of the move. The pipeline had been commissioned in 2010 and was initially stalled by the Obama administration before former President Donald Trump approved the project in 2017. (RELATED: Biden Said He’s Returning To Science-Based Policy. So Why Is He Cancelling Pipelines?)

Ending the Keystone XL pipeline has been one component of Biden’s aggressive climate agenda, which calls for $2 trillion in federal spending and an emission-free power sector by 2035. Climate policy experts have said the plan would likely raise energy costs for consumers and households.

Biden signed an executive order Jan. 20 that would incorporate sexual orientation and gender identity under Title VII federal protections. Education Secretary Miguel Cardona said during his confirmation hearing that schools have a responsibility under federal protections to let biological males participate in women’s sports if they identify as transgender.

The growing trend of transgenderism in athletics and other aspects of society has elicited a strong backlash from conservatives.

An Axios report found Republican lawmakers in at least 25 states have introduced 61 pieces of legislation this year that either prevent biological males from participating in women’s sports or criminalize gender transition surgeries for children. (RELATED: The Biden Administration Sets Its Sights On Women’s Sports)

Polling data last week found a majority of American voters support banning transgender athletes from participating in women’s sports. An overwhelming majority of Republican respondents favored the move, but more importantly, 40% of Democrats also said they were for a ban.