Interpol reportedly took down an international warrant for an FBI Most Wanted Terrorist responsible for scouting a maximum-casualty location and escorting a suicide bomber in 2001 towards a Jerusalem pizza store.

The attack killed 15 people, including two U.S. citizens. One of the American nationals was pregnant at the time of the attack, 31-year-old Shoshana Yehudit Greenbaum, the other was a 15-year-old named Malki Roth.

Tamimi’s husband, Nizar Tamimi, a terrorist convicted of killing an Israeli student in a speedster attack, also confirmed the Interpol notice’s removal, according to the Times of Israel.

“The General Secretariat of the International Criminal Police Organization-INTERPOL hereby certifies that, as of today, Ms AL TAMIMI Ahlam, born on 20 October 1980, is not subject to an INTERPOL Notice or diffusion,” a letter from the organization dated March 8 and published by JO24 stated.

The United States had charged the Jordanian national Al-Tamimi in 2013 for her role in the 2001 Sbarro pizzeria bombing in Jerusalem, Israel, which left 15 people, including 7 children, dead and injured over one hundred, according to Israel’s Ministry of Foreign Affairs.

Al-Tamimi was charged “with conspiring to use a weapon of mass destruction against U.S. nationals outside the U.S., resulting in death.” Details of the charge were made public in 2017.

Before Al-Tamimi met with the suicide bomber in the Palestinian city of Ramallah on Aug.9, 2001, she scouted various locations looking to inflict maximum casualties, according to the Department of Justice (DOJ).

Al-Tamimi traveled with the terrorist bomber towards Jerusalem by car. Then, Al-Tamimi guided the bomber, who carried the bomb hidden in a guitar case, towards a crowded area in downtown Jerusalem, and told him to detonate the device there or anywhere he could “cause more casualties,” according to the affidavit. He then entered a Sbarro pizza restaurant and set off the bomb.

Israeli authorities arrested Al-Tamimi and imprisoned her for involvement in the bombing. After she pleaded guilty for the attack in 2003, she was handed 16 life sentences, according to the Jerusalem Post. The sixteenth sentence was for the American victim’s unborn child. 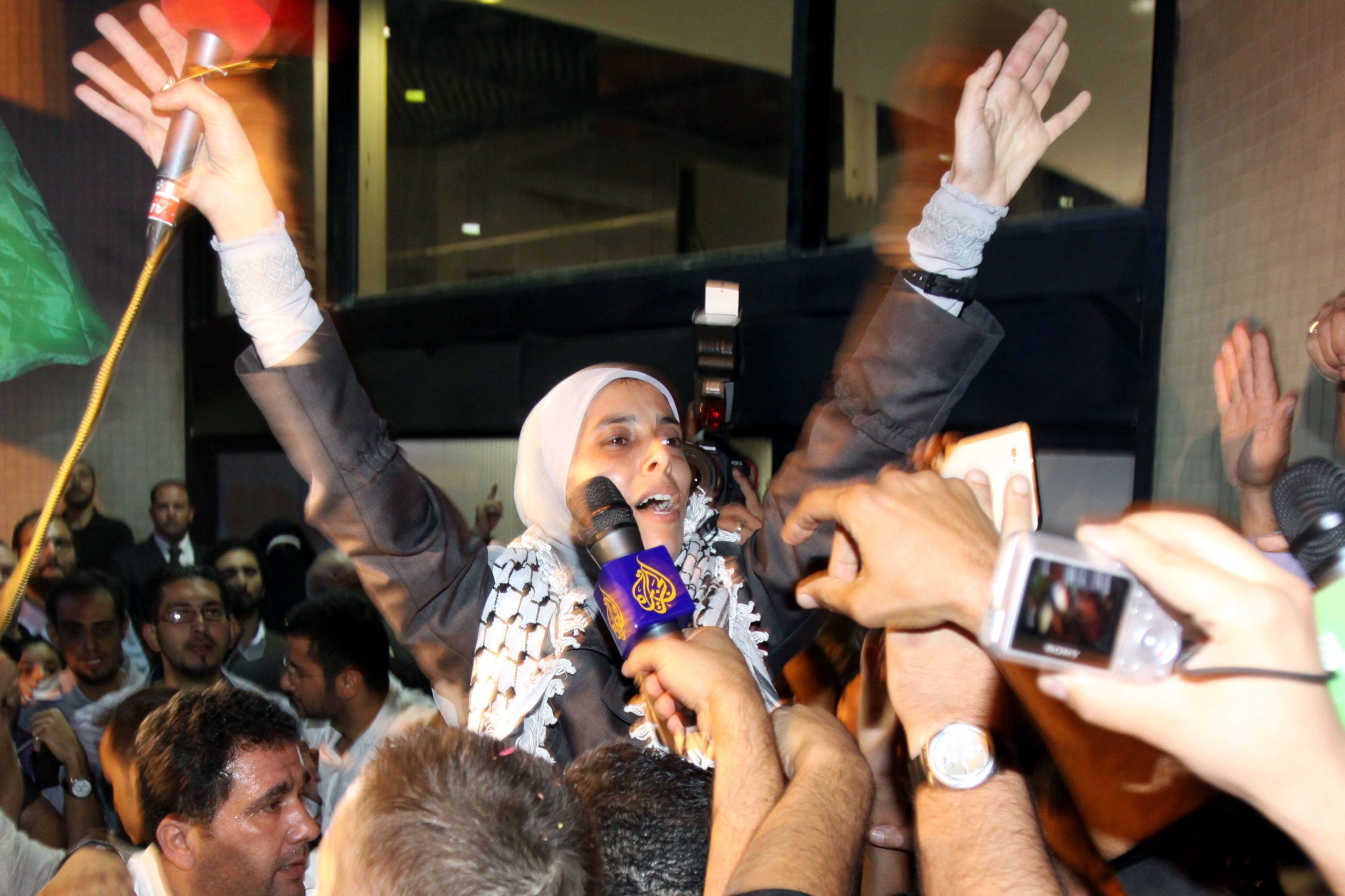 Israel released Al-Tamimi in October 2011 as part of a prisoner exchange deal between Israel and Hamas, Times of Israel reported. Israel released roughly 1,000 Palestinian prisoners, many of whom were convicted of terror, murder and violent offenses, in exchange for an Israeli soldier named Gilad Shalit whom Hamas kidnapped in 2006.

After the release, Israel deported Al-Tamimi to Jordan, where she has lived ever since and worked as journalist, according to Al Jazeera. (RELATED: Gilad Shalit release: 1 Israeli for 1,000 Palestinians?)

Al-Tamimi never expressed remorse for the victims she killed, but rather expressed pride, the Jerusalem Post reported.

Ahlam was indicted by a U.S. federal court in 2017, and the FBI set a $5 million bounty on her head, the Times of Israel reported. She was also placed on the FBI’s Most Wanted List.

Ever since then, the U.S. has been trying to extradite her from Jordan. However, Jordanian authorities have consistently refused to hand Al-Tamimi over, despite an extradition treaty they have with America, Al Jazeera reported.

“Today we learned of a further reversal: the blunt and unwelcome announcement by Interpol on March 8, 2021 that it has succumbed to pressure from the [Al-Tamimi’s] family, lawyers and clan in Jordan and has cancelled the Red Notice which operated until now to encourage member governments to arrest her if she enters their jurisdiction,” Arnold Roth, father of 15-year-old Malki Roth, an American citizen killed in the bombing, wrote in a blog post published Friday.

For several years, Roth had been trying to lobby the U.S. government to compel Jordan to hand over Al-Tamimi so that she can face justice in U.S. courts for her crimes, according to the Times of Israel.

Interpol’s move to take down the warrant issued against Al-Tamimi does not affect the Department of Justice’s demand for her extradition. Under U.S. law, she still remains a terrorist with a $5 million bounty on her head.