The Biden administration is allegedly contemplating a series of tax hikes on high income earners and corporations that could potentially yield more than $2 trillion in revenue over the next decade.

Four people familiar with the discussions told Bloomberg that the president’s proposal, while outright rejecting Sen. Elizabeth Warren’s wealth tax, would raise both the income tax rate for filers making more than $400,000 per year and the corporate gains tax for filers earning more than $1 million per year. Furthermore, Biden is expected to pursue a 7 percent increase in the corporate tax rate and limit ways for sole proprietorships and other “pass-through” businesses to avoid paying corporate taxes. 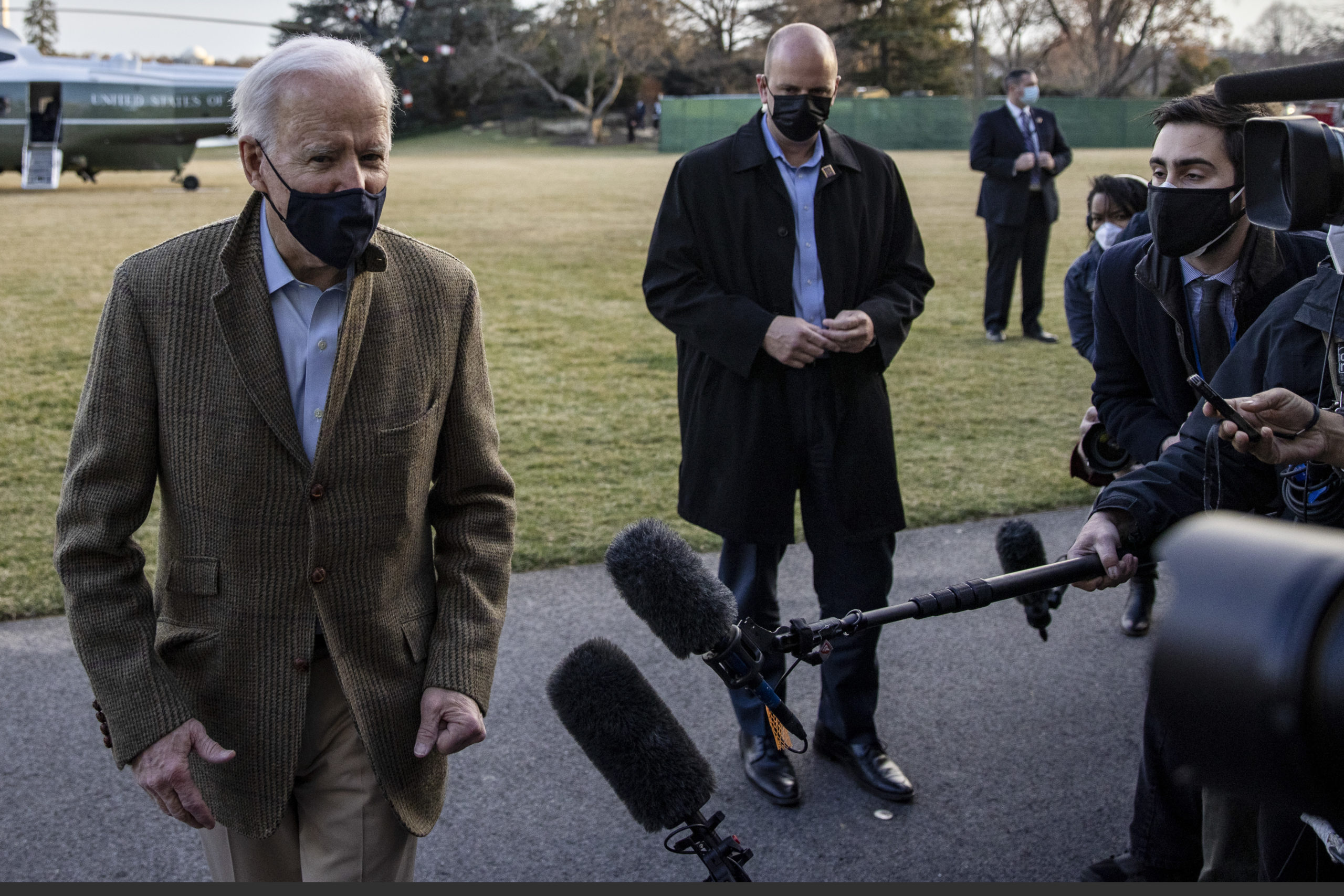 WASHINGTON, DC – MARCH 14: U.S. President Joe Biden stops to talk to the media after stepping off Marine One on the South Lawn of the White House on March 14, 2021 in Washington, DC. President Biden and First Lady Dr. Jill Biden were traveling from Wilmington, Delaware, where they spent the weekend with family and friends. (Photo by Tasos Katopodis/Getty Images)

Bloomberg’s report alleges that the proposal will be included in the Biden administration’s forthcoming economic recovery plan and will be framed as necessary to offset increased spending, including the government’s coronavirus pandemic response and the president’s own climate proposals.

The Washington Post also reported Monday that Treasury Secretary Janet Yellen is working with her foreign counterparts to institute a uniform, minimum tax for multinational corporations.

Biden frequently addressed potentially raising taxes during the 2020 campaign and transition process. He said during a December interview that “there’s no reason why” the government shouldn’t raise taxes on high-income earners and corporations.