Police arrested nearly 150 people in Miami throughout the weekend, when spring breakers descended upon the city and unruly crowds resulted in injured police officers.

Police arrested nearly 120 people on Friday night alone and 42 of the arrests were felony charges involving guns, drugs and money that police confiscated, according to Local 10. Police used pepper balls to disperse members of a crowd who were “disorderly and surrounding officers,” leading to two officer injuries, Miami Beach Police said in a series of tweets. The two officers were expected to recover from their injuries.

MBPD dealing with very large crowds this evening near 8 Street and Ocean Drive. While taking a subject into custody, Officers were forced to utilize pepper balls to disperse members of the crowd who were disorderly and surrounding officers.

Several subjects have been detained. Two officers were injured and have been transported to the hospital.

Police also made dozens of arrests Friday which involved people fighting and women dancing on police squad cars. One arrest was of a 55-year-old man who allegedly beat an elderly homeless man with a chair, according to Local 10.

Police presence in Miami increased after Friday night and Miami Beach Police were working 12-hour shifts Saturday, according to Local 10. Miami Beach Mayor Dan Gelber warned spring breakers that if they’re coming to the city “because you think anything goes, you’re going to have a terrible time. We are going to arrest you,” Local 10 reported. (RELATED: REPORT: Teachers Union Member Warns Colleagues About Posting Spring Break Vacation Photos While Refusing To Return To Schools)

Following Friday’s unruly behavior and bottle-throwing attack on our police, last night I joined @MiamiBeachPD @RClementsMBPD as he engaged w/ representatives from the @MiamiBeachBiz, the Governor’s regional rep, the Department of Justice, & Miami-Dade’s Goodwill Ambassadors. 1/2 pic.twitter.com/BPmj6XAmgL 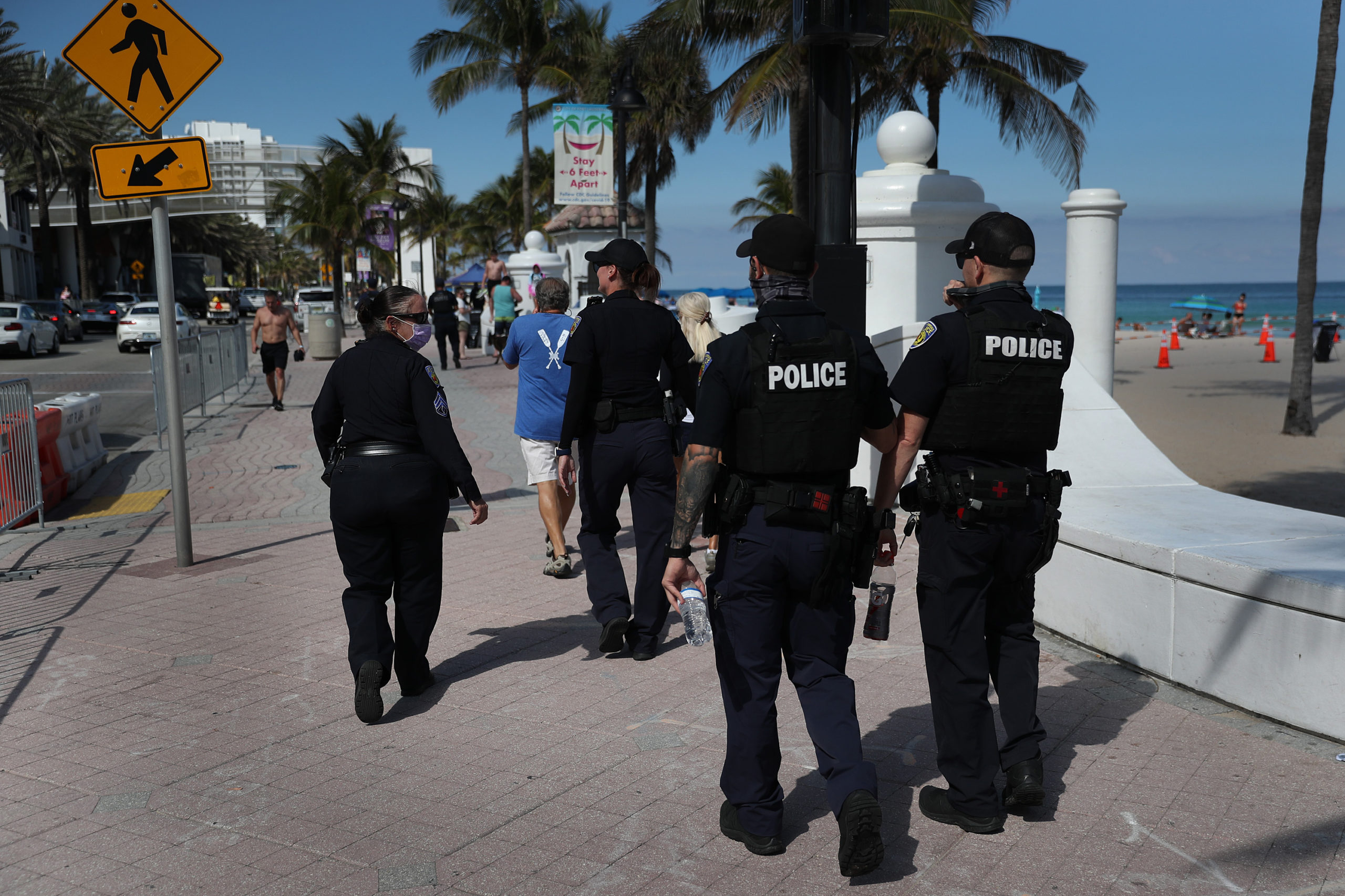 Saturday night was much calmer than the previous day, and resulted in 30 arrests. Between March 8 and 20, police made 119 arrests, seized 13 guns and issued nearly 900 traffic citations, according to Local 10. Sunday did not include any major incidents.

“We are dealing with the behavior,” Miami Beach Chief of Police Richard Clements told Local 10. “All we want to do is for people who want to come down here to have a good time, enjoy themselves, but obey the rules.”