Columbia University will hold six graduation ceremonies that are divided by race and socio-economic status alongside general commencement.

“Complementing our school- and University-wide ceremonies, these events provide a more intimate setting for students and guests to gather, incorporate meaningful cultural traditions and celebrate the specific contributions and achievements of their communities,” the university said. 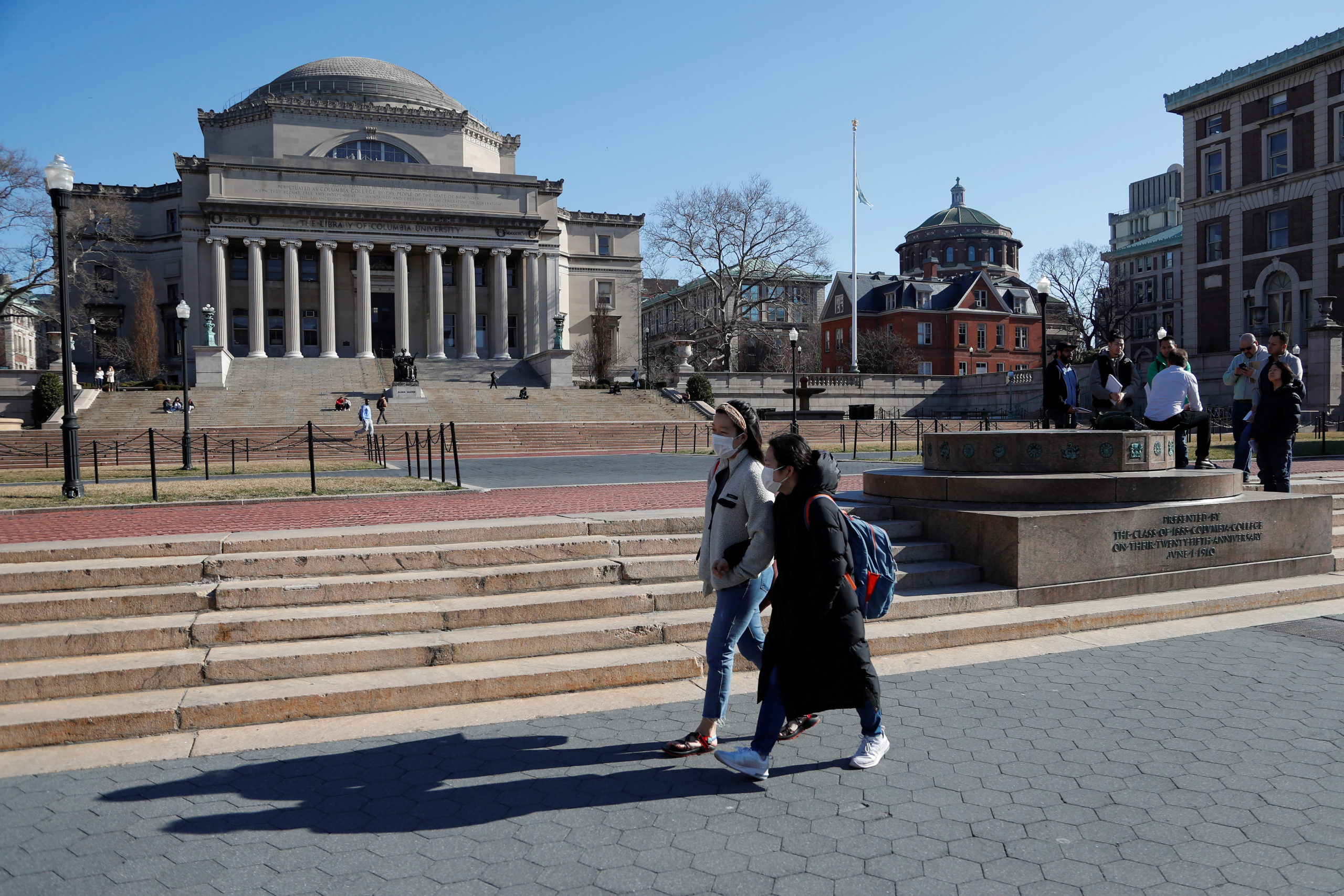 People with face masks walk at Columbia University in New York City, where classes on Monday and Tuesday were suspended because someone on the campus was under quarantine from exposure to the coronavirus, in New York, U.S., March 9, 2020. REUTERS/Shannon Stapleton

The school will also host  a general graduation ceremony on April 30.

“Columbia marks graduation every spring with a university-wide Commencement ceremony and Class Days for the graduates of each of our schools,” a university spokesperson said in a statement to the Daily Caller. “These events bringing together all of our graduates and their families are a high point of every academic year. The smaller celebratory events held for particular groups are in addition to, not instead of, the main Commencement and Class Day graduation ceremonies.”

“In most instances, these smaller, multicultural gatherings evolved from ceremonies originally created by alumni and students. The gatherings are voluntary, open to every student who wants to participate, and have become a highly anticipated and meaningful part of the Columbia graduation experience.”

Columbia University has held segregated ceremonies in the past, according to Campus Reform.

Black Harvard students organized a “black-only” graduation ceremony back in 2017. The event was supposed to celebrate how black students succeeded in their higher education, the College Fix reported. Students denied claims that the ceremony was a form of segregation, instead saying it gave black students a way to have fellowship and build a community.