Democratic New York Gov. Andrew Cuomo is the subject of an impeachment investigation that could replace him with New York’s first female governor.

The embattled governor is being investigated by both the state attorney general’s office for allegations of workplace sexual misconduct and by the Department of Justice for his role in knowingly undercounting the deaths of New York nursing home patients. (RELATED: TIMELINE: How Andrew Cuomo Went From America’s ‘Love Gov’ To Fending Off Calls For His Resignation In Less Than 12 Months)

Though the Daily Caller News Foundation reported in May that Cuomo had knowingly undercounted nursing home deaths, the governor did not face major push back on the matter until top Cuomo aid Melissa DeRosa reportedly admitted to New York lawmakers that Cuomo’s administration withheld the number of deaths, fearing federal prosecutors would use the numbers against the state.

Following DeRosa’s comments, major media began to report on the scandal, and at least six women came forward with allegations of inappropriate conduct, touching, and assault against the governor.  The speaker of the New York State Assembly authorized the judiciary committee to begin the impeachment probe last week.

On Friday, the majority of the New York Democratic congressional delegation called for Cuomo’s resignation in coinciding statements. Cuomo denied that he ever inappropriately touched anyone and said Friday that no one wants the reviews to conclude “more quickly and more thoroughly” than he does.

He asked for lawmakers to wait for the investigations’ results before drawing conclusions, and he refused to resign. (RELATED: Cuomo, Who Has Worked In Politics Since His 20s, Says He’s Not Part Of ‘The Political Club’)

“The only way he leaves, unless he surprises everyone and turns into a different human being, is if he is impeached,” a top Democratic operative told CNN.

How Would Impeachment Work?

According to the New York state constitution, the New York’s State Assembly would carry out the vote to impeach the embattled governor. The assembly is made up of 150 lawmakers — Democrats hold 106 of the assembly’s 150 seats, and 76 votes will be needed to impeach Cuomo, according to CNN.

The assembly only needs a majority vote to impeach Cuomo for “misconduct or malversation.”

“Provision shall be made by law for the removal for misconduct or malversation in office of all officers, except judicial, whose powers and duties are not local or legislative and who shall be elected at general elections, and also for supplying vacancies created by such removal,” the state’s constitution said.

Who Takes Over If Cuomo Is Impeached?

New York’s Democratic Lt. Gov. Kathy Hochul would become governor if the assembly votes to impeach Cuomo, thereby stripping Cuomo’s ability to make decisions and sending him to a trial by the New York Senate.

Hochul would not act as a member of the court, the constitution noted. Cuomo would not be able to exercise his office again unless he is acquitted at the state senate trial. 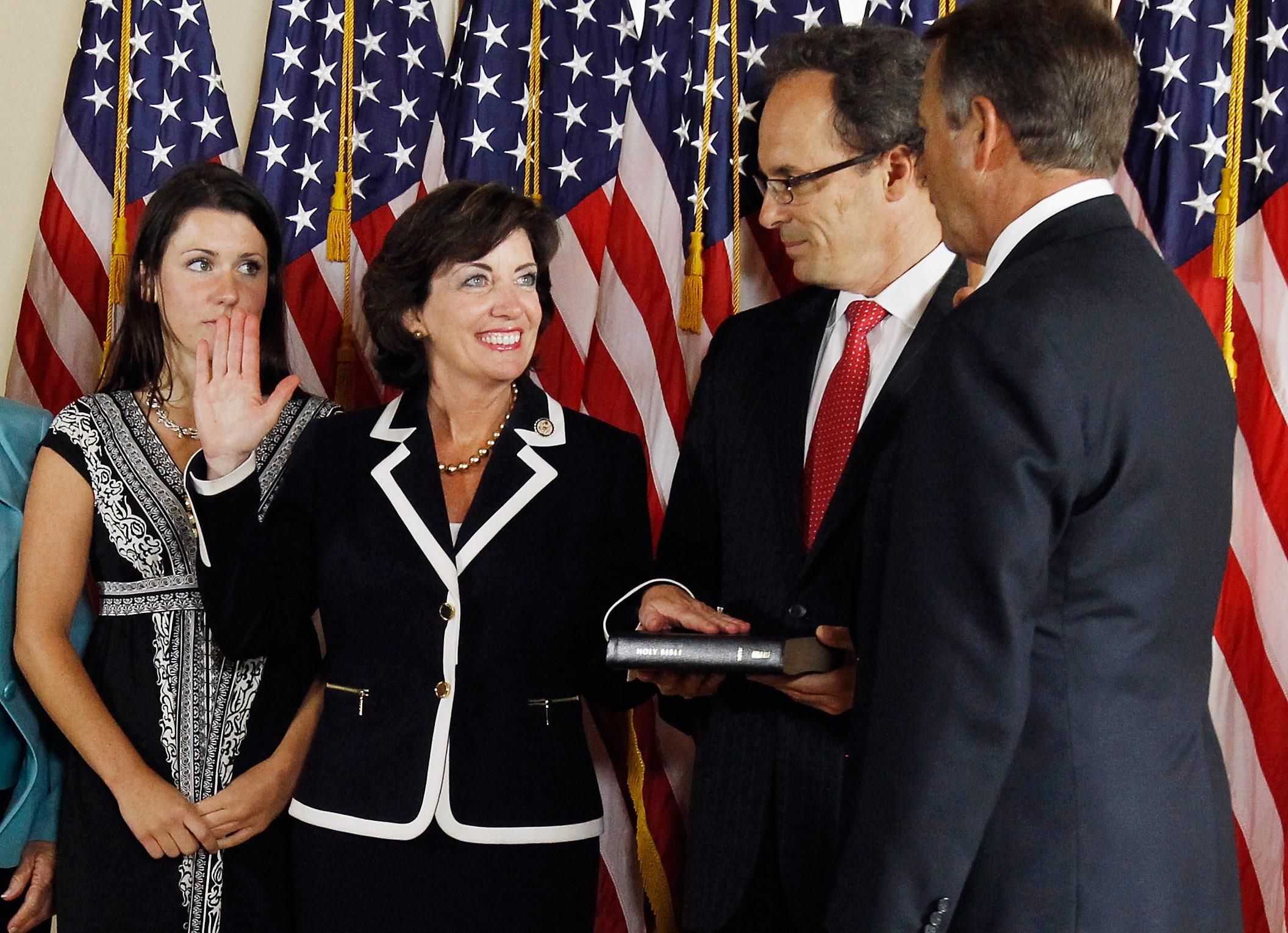 “Judgment in cases of impeachment shall not extend further than to removal from office, or removal from office and disqualification to hold and enjoy any public office of honor, trust, or profit under this state; but the party impeached shall be liable to indictment and punishment according to law,” the constitution added.

Two-thirds of New York’s Democratic led senate would need to find Cuomo guilty if he were to be impeached, CNN noted. If the embattled governor is acquitted, he can return to his position as governor and enjoy all his former power.

What Do We Know About Kathy Hochul?

If Cuomo is impeached, he would be replaced by his 62-year-old lieutenant governor Kathy Hochul. The impeachment would make Hochul the first woman to serve as the governor of New York, according to the New York Times.

“Hochul spearheaded Governor Cuomo’s Enough is Enough campaign to combat sexual assault on college campuses, hosting and attending more than 25 events,” her bio reads. “As the highest-ranking female elected official in New York State, she continues to be a champion for women and families across the State.”

Hochul is dealing with “intense new scrutiny” as Cuomo struggles to maintain support from lawmakers and survive calls for his resignation, the Times reported. (RELATED: Advocacy Groups That Pushed ‘Believe All Women’ Silent On Cuomo #METOO Accusers)

She expressed careful support for the investigations into Cuomo’s conduct and encouraged New Yorkers with the knowledge that they will soon “know the facts.”

In the era of #MeToo, we are the change.

Standing in solidarity with my fellow women candidates who believe Dr. Christine Blasey Ford in a moment of silence. #BelieveSurvivors pic.twitter.com/RaAo33inXb

The lieutenant governor is typically “one of the most outspoken persons against any type of sexual harassment,” her old boss, former Democratic New York Rep. John J. La Falce told the Times, but she is also “extremely loyal” to Cuomo.

The Times described Hochul as a relative moderate who was reportedly even perceived earlier in her career as a conservative Democrat, but she appears to espouse most progressive policies in line with the Democratic platform, such as abortion. 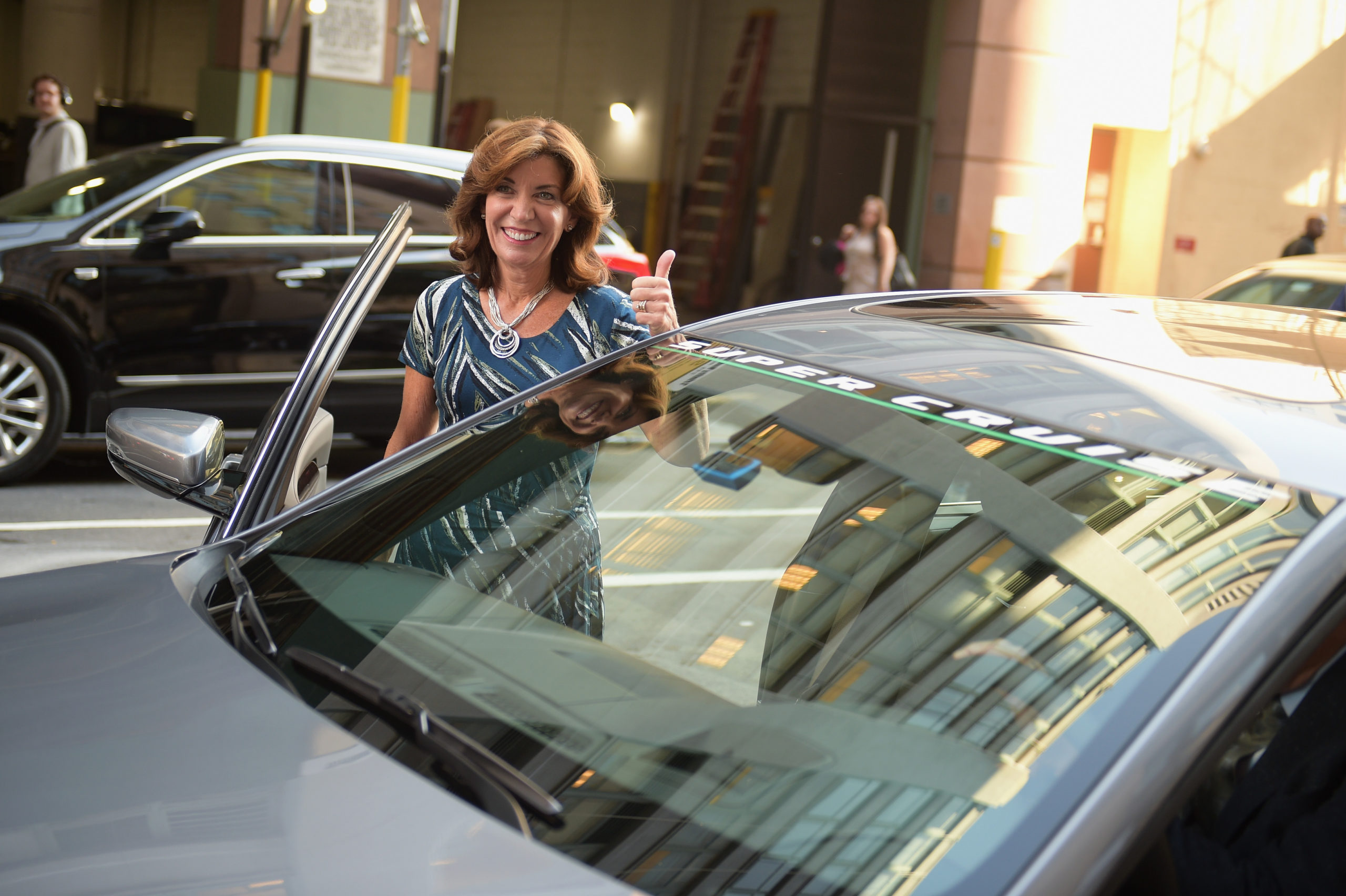 “I would call Kathy a Joe Biden Democrat,” said former chairman of the Erie County Democratic Committee Len Lenihan in an interview with the Times. “She’s very good with the base of the party but has ability to appeal to people beyond the solid base.”

With Trump’s #ScotusPick set to tilt the Supreme Court more conservative, New York steps up to further ensure protections and safety for women when it comes to reproductive health.

Don’t tell women what to do with their bodies. Not now, not ever. pic.twitter.com/DOGK5BbsCe

Hochul is endorsed by abortion groups such as Emily’s List and the National Abortion Rights Action League. She also aided Cuomo in introducing the Reproductive Health Act, which the governor signed into law in January 2019. (RELATED: World Trade Center Lit Up In Pink To Celebrate Abortion Bill)

The legislation not only removed abortion from New York’s criminal code but also allowed non-doctors to perform abortions and allowed women to obtain late-term abortions if their health is in danger or if their unborn baby is not viable.

For decades and throughout the pandemic, abortion providers in NY have been providing essential health care, often under the threat of violence. I recall visiting many clinics to show my support.

We continue to stand with them in gratitude as we #CelebrateAbortionProviders pic.twitter.com/xEDxI3cIdC

“Donald Trump, the Supreme Court and Republicans should not have control over womens’ right to choose,” Hochul said in July 2018. “That’s the end of the debate. And it should be a simple one. Come back to Albany. Cast your vote. Let the voters know where you stand on this critical issue of our time.”

Hochul did not immediately respond to a request for comment for this story.