Several departments, including the Department of Justice (DOJ), which have investigated foreign meddling in the 2020 Presidential Election, deemed claims of external interference effecting election results “not credible.”

The results of the investigation were made public in a Tuesday joint statement from the DOJ, the Federal Bureau of Investigation (FBI), the Department of Homeland Security (DHS) and the Cybersecurity and Infrastructure Security Agency (CISA), along with a joint report from the agencies. (RELATED: RNC To Create An Election Integrity Committee)

The agencies stated that they “have no evidence that any foreign government-affiliated actor prevented voting, changed votes, or disrupted the ability to tally votes or to transmit election results in a timely manner; altered any technical aspect of the voting process; or otherwise compromised the integrity of voter registration information of any ballots cast during 2020 federal elections,” in the five-page report outlining the investigation’s key findings.

We assessed the impact of foreign interference during the 2020 elections and found no evidence that a foreign government manipulated any election result. Read our joint release with @TheJusticeDept: https://t.co/K8PNi1Z1QN

There were “broad” Russian and Iranian cyberattack-campaigns compromising the security of multiple networks that handled functions related to the elections, the departments noted.

But those attacks failed to “materially affect” voter data integrity, the ability to vote, the calculation of votes or the transmission of results, according the findings. 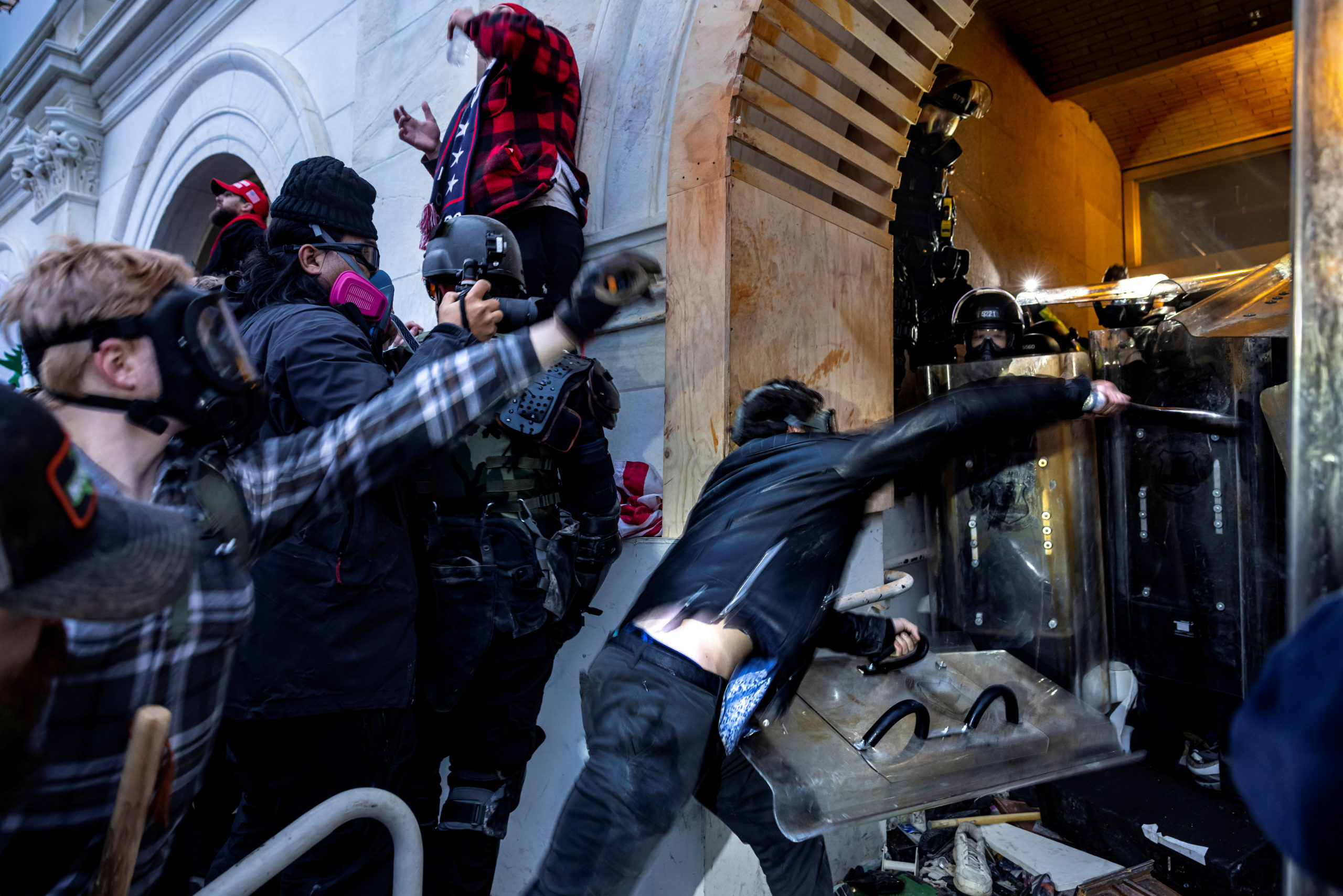 Rioters clash with police and security forces as people try to storm the US Capitol on Jan.6, 2021 in Washington, DC, while Congress was trying to certify the 2020 elections’ results. Many of them believed that election integrity was compromised. (Photo by Brent Stirton/Getty Images)

There were cases of data security being compromised but data integrity was not, according to the report.

In addition to the security of networks helping manage election-related functions being compromised, several actors tied to the Russian, Chinese, and Iranian governments “materially impacted” the security of networks related to American political organizations, candidates, and election campaigns on multiple occasions, the report stated. (RELATED: ‘Enemies Of The People’: Iran Allegedly Behind Website Inciting Violence Against US Officials Who Refuted Trump’s Election Fraud Claims)

Those actors did access information usable in influence operations, but none of those materials were “deployed, modified, or destroyed,” according to the agencies.

Manipulating election processes “at scale” without discovery by intelligence collection, post-election audits, or nationwide physical and cyber security monitoring of voting systems “would be difficult for a foreign actor,” the departments stated.