Former President Donald Trump urged Americans to get the coronavirus vaccine Tuesday evening, touting the treatments as safe and effective in fighting the virus.

“But again,” he added, “we have our freedoms and we have to live by that and I agree with that also. But it is a great vaccine. It is a safe vaccine and it is something that works.”

Multiple polls have shown Republicans being less willing to receive the vaccine. Experts had previously urged him to endorse them in order to decrease some of the skepticism. (RELATED: 35% Of Americans – And 41% of Republicans – Won’t Get The Coronavirus Vaccine, Poll Shows)

President Joe Biden had previously discussed asking Trump about convincing his supporters to get vaccinated as well.

Trump simultaneously lauded and took credit for the vaccines in an email last week, and told supporters to get the shot during his speech at the Conservative Political Action Conference. 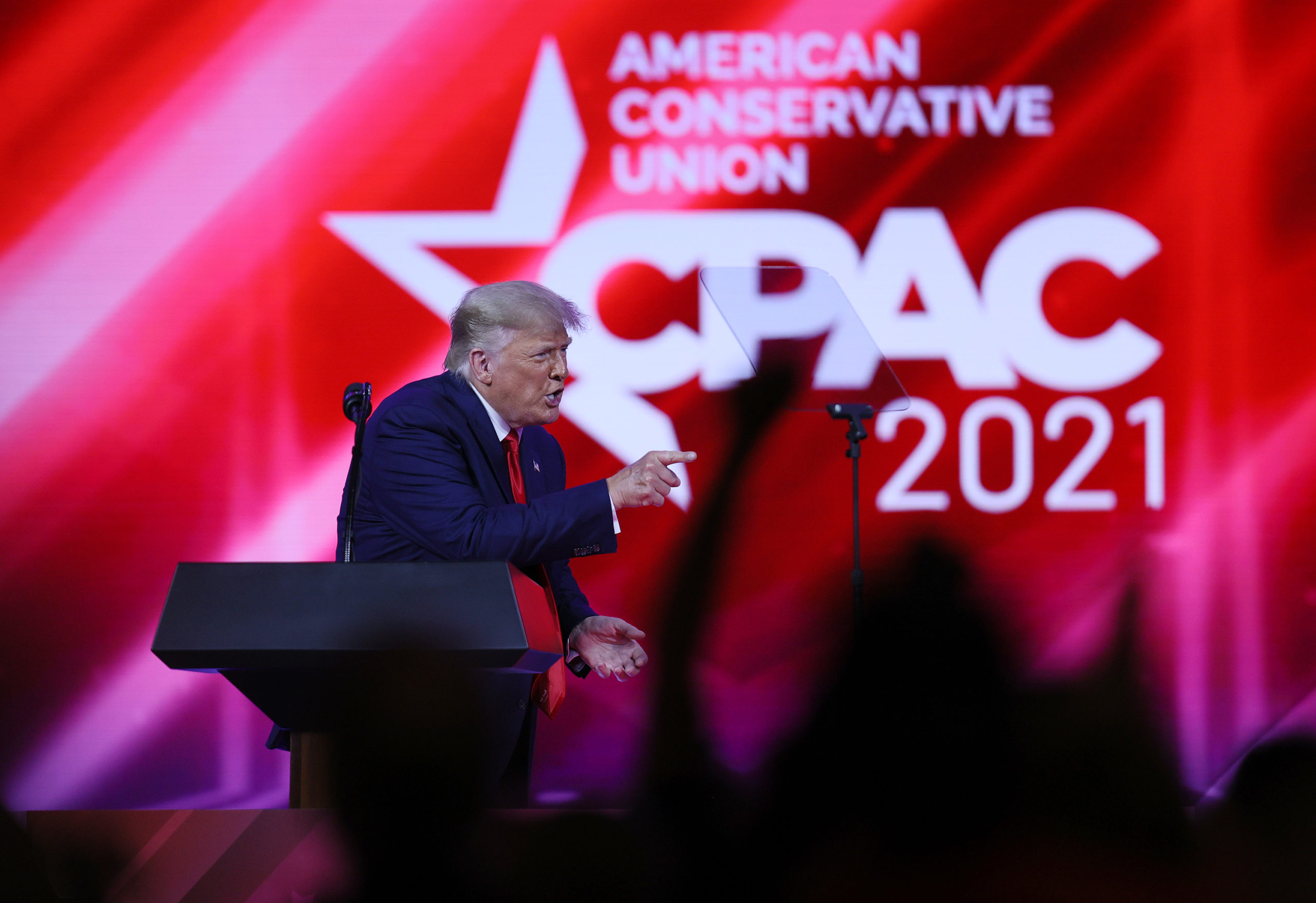 Trump had previously refrained from encouraging Americans to get vaccinated, though he and former First Lady Melania Trump had reportedly each received their first of two doses before leaving the White House in January.

Trump and his wife were also omitted from a public service announcement featuring every living former president and first lady encouraging Americans to get vaccinated in order to beat the pandemic and return to a sense of normalcy.

“We urge you to get vaccinated,” former President Barack Obama said in the video.

“Roll up your sleeve and do your part,” former President George W. Bush added.

Trump’s remarks are a departure from his previous rhetoric on vaccines. In 2007, he told the South Florida Sun-Sentinel that vaccines could lead to autism in children, a claim that has debunked dozens of times.

“When I was growing up, autism wasn’t really a factor,” he told the paper. “And now all of a sudden, it’s an epidemic. Everybody has their theory. My theory, and I study it because I have young children, my theory is the shots. We’re giving these massive injections at one time, and I really think it does something to the children.”

In 2009 during the Swine Flu epidemic, he told Fox News that “vaccines can be very dangerous” and could do more harm than good.

“I think the vaccines can be very dangerous,” he said. “And, obviously, you know, a lot of people are talking about vaccines with children with respect to autism.”

In 2015, when he was running for president, Trump said during a CNN primary debate that he supported vaccines generally but disagreed with the rate at which young children receive vaccinations.

“If you take this little beautiful baby,” he said, referring to the child of a former employee, “and you pump … I mean, it looks just like it’s meant for a horse, not for a child, and we’ve had so many instances, people that work for me, just the other day, 2 years old, 2½ years old, a child, a beautiful child, went to have the vaccine and came back, and a week later got a tremendous fever, got very, very sick, now is autistic.”