President Joe Biden suggested that he would support changes to the Senate filibuster Tuesday evening, saying that he would back an earlier rule that required objecting lawmakers to be on the floor.

“I don’t think you have to eliminate the filibuster,” Biden said in an interview with ABC News. “You have to do it what it used to be when I first got to the Senate back in the old days. … You had to stand up and command the floor, you had to keep talking.”

Now, senators can “silently filibuster” a bill, allowing those in the opposition to register their objection while the Senate continues other business. Biden’s remarks are his strongest endorsement of changing the 1837 Senate rule to date; White House press secretary Jen Psaki said earlier Tuesday that while the president preferred “not to make changes” to the filibuster, he was “open to hearing ideas.”

Biden has faced pressure from an increasing number of Democratic lawmakers to back abolishing the filibuster, which requires 60 Senate votes for most legislation to advance through the chamber instead of a simple majority. If abolished, Democrats could pass legislation over any Republican opposition as long as every member of their caucus votes to do so and Vice President Kamala Harris casts a tie-breaking vote in their favor. 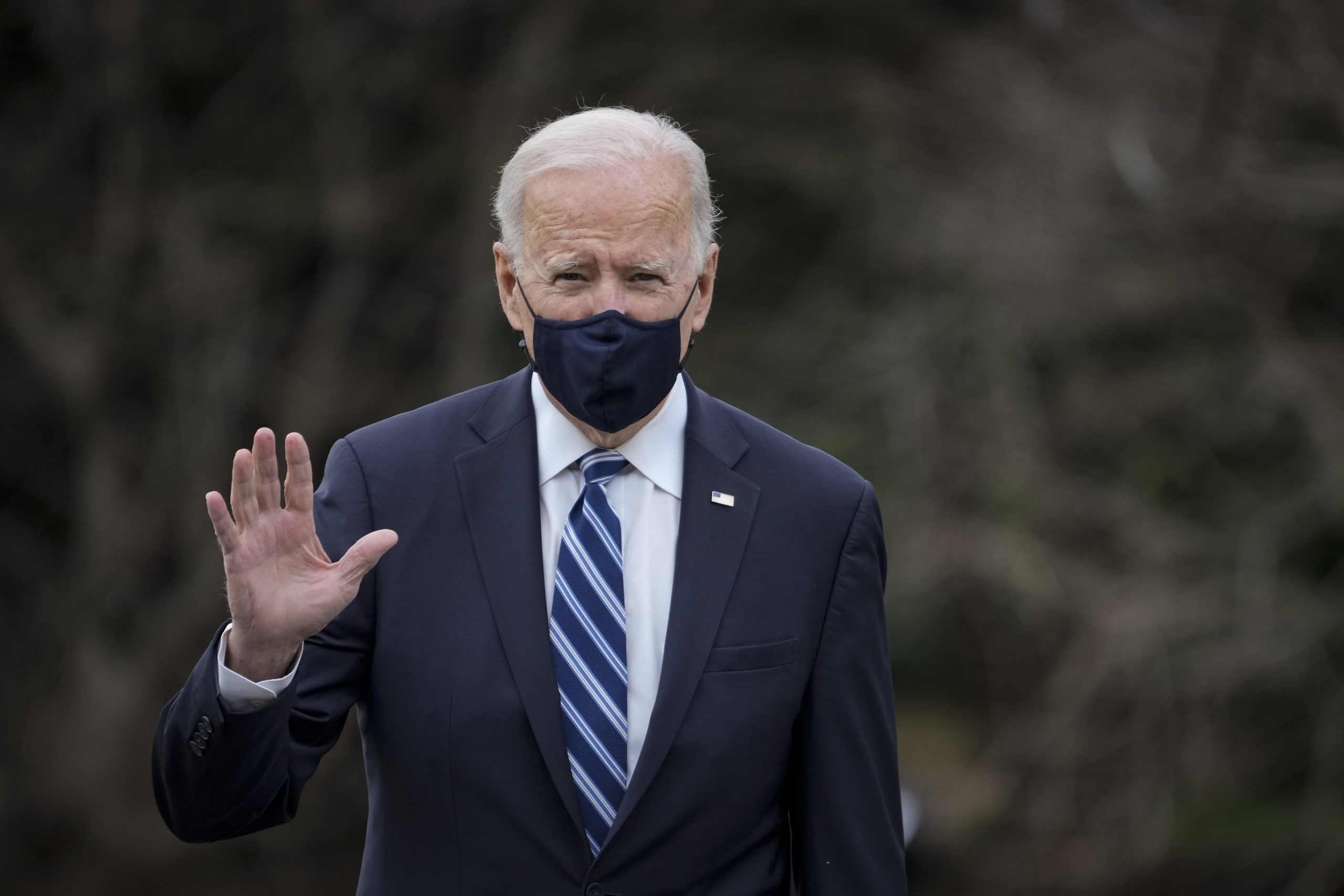 President Joe Biden walks on the South Lawn of the White House on March 16 before visiting suburban Philadelphia as part of his effort to tout his $1.9 trillion coronavirus relief package. (Drew Angerer/Getty Images)

Though Biden seemingly backed some reform, he declined to endorse the filibuster’s complete removal from the Senate. It is also unclear just how much change would result in mandating a “talking filibuster,” since senators can still hold the floor and delay Senate business. (RELATED: Even With The Filibuster, Slim Democratic Control Of Congress Keeps Biden’s Agenda Alive)

Senate Majority Whip Dick Durbin also backed filibuster reform during a floor speech Tuesday, calling the tool the “death grip of democracy” saying that senators should at least be present if they employ it.

“I’ve long been open to changing the Senate rules to restore the standing filibuster,” he said. “If a senator insists on blocking the will of the Senate, he should at least pay the minimal price of being present, no more phoning it in.”

But Senate Minority Leader Mitch McConnell promised a “scorched-earth” response if Democrats nixed the filibuster, explicitly threatening to bring the Senate to a standstill “like a 100-car pileup, moving nothing.”

“Let me say this very clearly for all 99 of my colleagues,” McConnell said on the Senate floor. “Nobody serving in this chamber can even begin, can even begin, to imagine what a completely scorched-earth Senate would look like.” 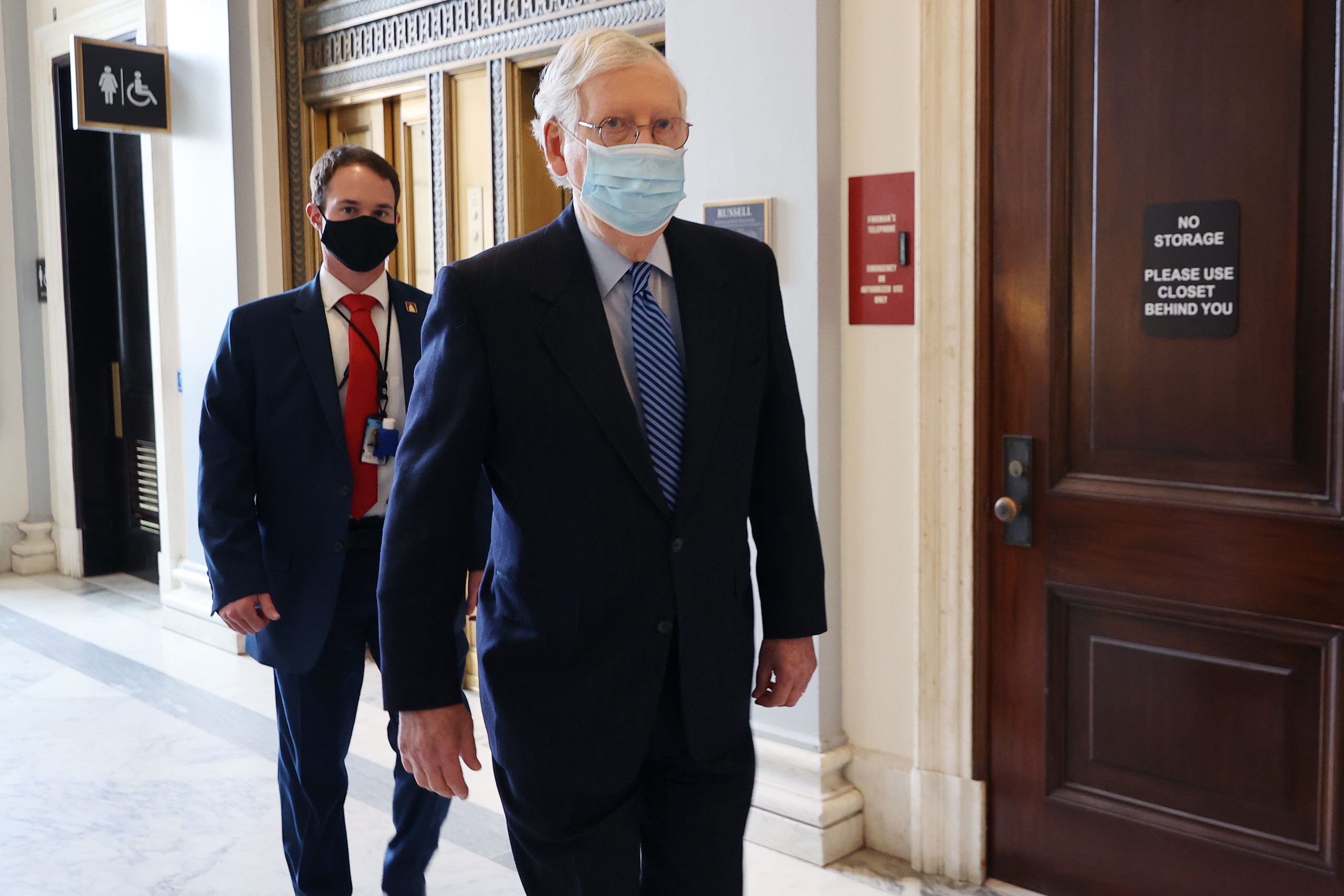 Senate Minority Leader Mitch McConnell warned Senate Democrats not to abolish the filibuster, saying that he would use procedures to turn the Senate into “a 100-car pileup.” (Chip Somodevilla/Getty Images)

Though many Democrats have called for the filibuster’s removal, they do not appear to have the Senate votes to abolish it, since Democratic Sens. Joe Manchin of West Virginia and Kyrsten Sinema of Arizona have explicitly said that they will not vote to rid the chamber of it.