The superintendent of a St. Louis, Missouri school district said the high school would be removing the “thin blue line” patch on sports team’s hats.

The Eureka High School baseball team created the patch for their hats just last year, according to KMOX. But teams are already prohibited from wearing the patch due to local, state and federal policy, Rockwood School District Superintendent Dr. Mark Miles said in a statement.

“We are obligated as a public entity to refrain from advocating for any particular political group or cause, and having any type of political symbol on our uniforms violates district, state and National Federation of State High School Associations policies,” Miles said.

“By following these policies, we are not diminishing our support and appreciation for police and all first responders,” he continued. “The Rockwood School District absolutely supports the men and women who are our partners in law enforcement.” (RELATED: San Francisco Police Banned From Wearing Thin Blue Line Face Masks)

“We also recognize that the thin blue line represents different things to different people, based upon an individual’s perspective and their unique experiences with law enforcement. Any political or potentially divisive symbol has no place on our uniforms,” Miles said.

Rockwood’s Director of Communications Mary LaPak said a combination of parents and school leaders made the decision to remove the patch, according to KMOX.

Former Republican Missouri House Speaker Tim Jones, who has two kids in the Rockwood School District, told the Daily Caller he was disappointed in the decision to remove the patch.

“Showing support for these men and women is not stating or taking any sort of political position and to claim it is is simply a weak and cowardly excuse,” Jones said.

“This type of authoritarian, unconstitutional action by the administration is unfortunately emblematic of today’s cancel culture attitude and should not be tolerated in a free and open society. The Rockwood School District should reconsider their ill-founded actions immediately.”

The politically divisive “thin blue line” has made headlines in recent years. 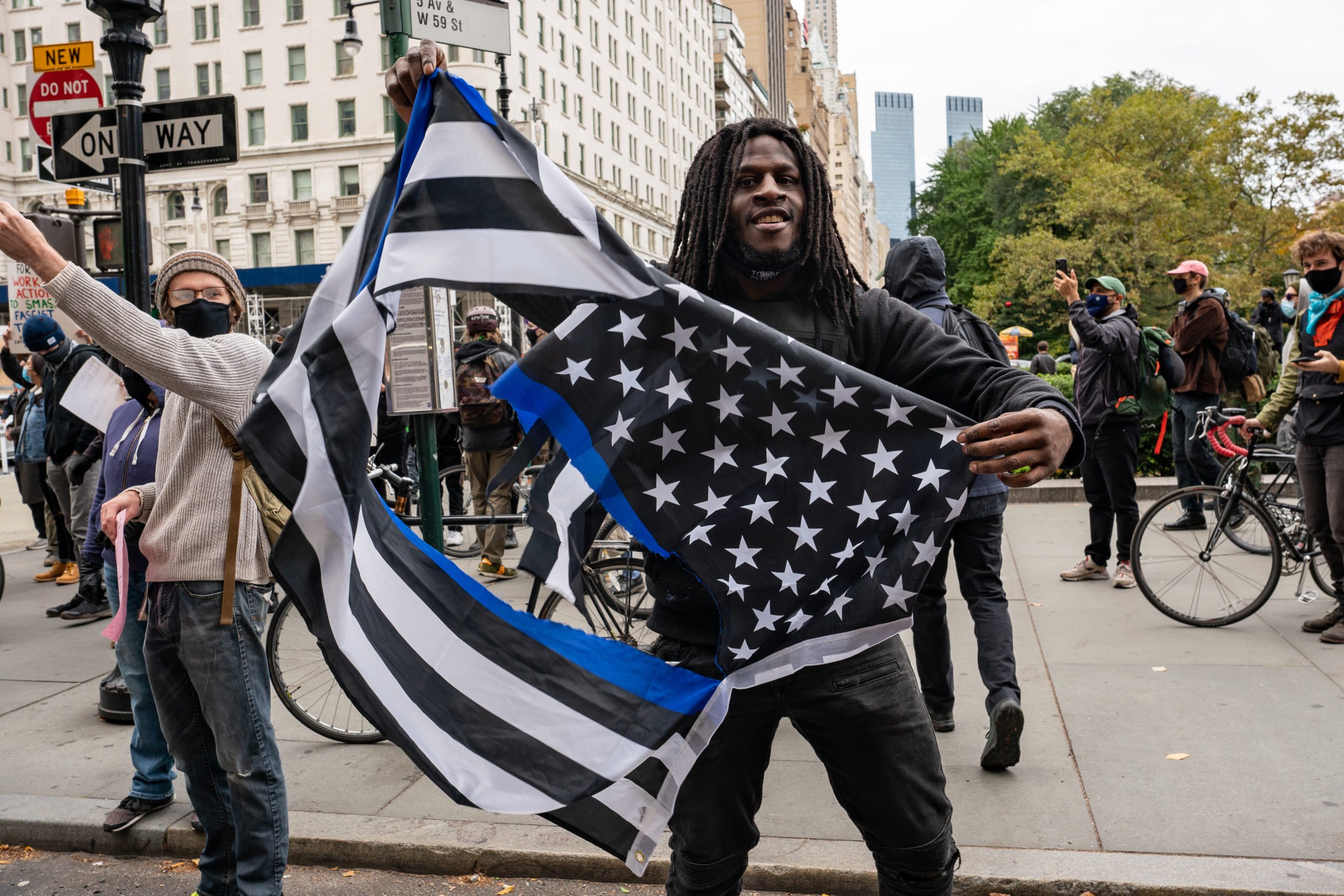 The flag—deemed racist by some—is a black and white rendition of the classic American flag with a thin blue line running under the stars, representing law enforcement. A Florida football team banned the flag from the football field after it was described on social media as “racist.”