Hennepin County Judge Peter Cahill appeared angry when he described the behaviors, which included a reporter’s attempts to read notepads held at the defense and prosecution tables, according to the AP. A reporter also described security on the courthouse floor where the trial is taking place in a pool report, the AP reported. 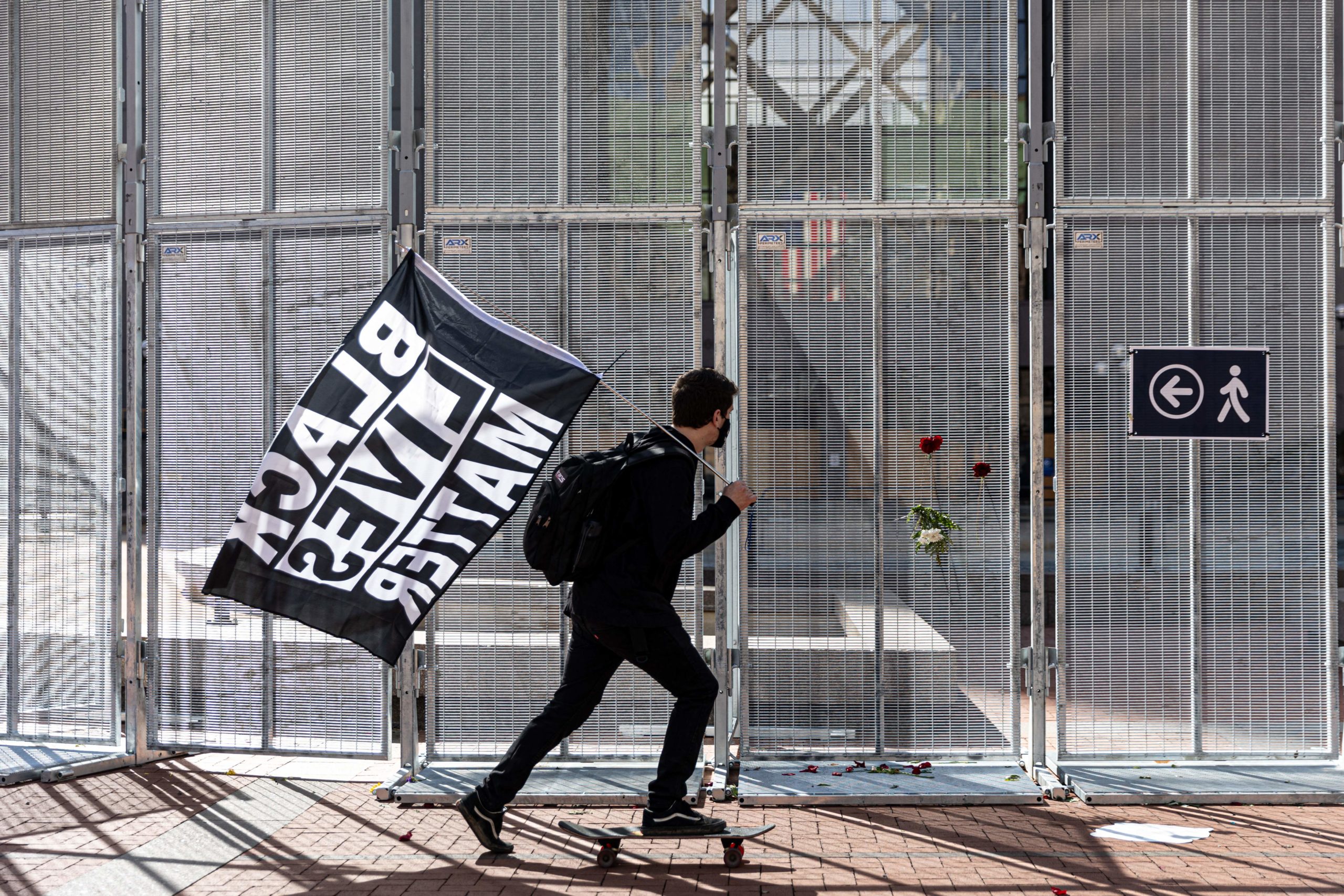 An activist holds a “Black Lives Matter” flag while he skates past the security fence outside the Hennepin County Government Center before jury selection begins at the trial of former Minneapolis Police officer Derek Chauvin on March 8, 2021 in Minneapolis, Minnesota. (Photo by KEREM YUCEL/AFP via Getty Images)

“That is absolutely inappropriate,” Cahill said, referring to the reporter’s attempts to read notepads. Cahill ordered media members in the room to refrain from the behavior, and called the reporting on courtroom security “completely irresponsible.” He also warned media members they could face consequences if they did not take down previously posted information.

Chauvin’s trial is being held in person due to “exceptional circumstances” to support doing so, a court order said in early February, despite social-distancing guidelines due to the pandemic. As of Wednesday, four men and three women were chosen to serve as jurors in the trial. The jury selection process will continue until the court selects 14 people to serve, which includes 12 jurors and two alternates, according to CNN.